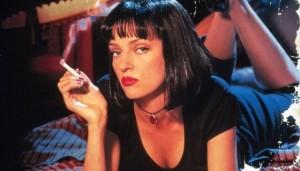 Would You Hire A Smoker?

Following some high-profile cases in the US, the question of discriminating against candidates who smoke is fast becoming an issue in most countries.

We’ve banned smoking in the workplace and in most public areas. Now Australian employers are asking “Can I refuse to hire someone because they smoke?”

The reason they’re asking is because not hiring someone on the grounds that you don’t like smokers could be construed as discrimination, for which there are stiff penalties.But apparently it’s not considered discrimination in the US any more. It has been tested in the courts in the past, using the argument that smokers are addicts and therefore have a handicap and can’t be discriminated against (just as heroin addicts enjoy handicapped status in the US), but this was found not to be a valid argument.

US anti-smoking groups argue that, while someone’s age, sex, race, religion or handicap is not of their own making and should therefore not be discriminated against, smokers choose to smoke and could give up at any time if they really had to.

Therefore refusing to hire a smoker is not discrimination and is well within an employer’s rights.

More and more US employers are now only hiring those who don’t smoke at work or at home and some are even conducting random urine tests on their employees to detect traces of nicotine, much like random alcohol or drug testing.

US employers argue that smoking costs them $200 billion a year in lost productivity and medical expenses. Given that health insurance is obtained through your employer in the US, this may very well be true. Smoking-related illnesses mean employers pay higher insurance premiums and get lower productivity from their smoking employees.

But in Australia, our health insurance is not linked to our employment, so employers can’t really make the same argument, only that, like any other non-smoking tax payer, their taxes are being spent on public health care for a self-inflicted illness.

The argument concerning loss of productivity however, does have relevance here. Statistics show that the average Australian smoker takes more days off than a non-smoker and, while at work, loses at least 30 minutes out of each day while smoking. This translates into an $800 million a year loss for Australian business.

With employees who smoke taking at least 30 minutes each day “out of the office”, could this ultimately result in non-smoking employees demanding additional annual leave in lieu of the time they don’t spend on smoke breaks?

But is excluding smokers from the workforce going too far? What about an individual’s civil liberties? As long as tobacco remains legal, it seems hypocritical to be persecuting those who use it.

Where do you draw the line?

Should you exclude any employee whose lifestyle is likely to mean greater absenteeism, such as drinkers, those with kids, those who are overweight and those who ride motorcycles or engage in extreme sports?

There is something distinctly ‘un-Australian’ about a boss telling his workers what they can and can’t do in their own time and perhaps this is partly why we don’t seem to be in a great hurry to go down the US path.

Designated smoking areas are becoming smaller and further away from buildings, which means, ironically, that smokers must travel further to reach them, leading to increased time away from their desks.

These stricter measures are partly in response to complaints from non-smoking fellow employees, who see smokers as less productive than themselves, yet tolerated by management.

Certainly, employers have every right to ban smoking from the workplace and restrict smoke breaks to designated break times and smokers should do their best to limit or curtail their smoking at work (most are trying to give up, after all).

It has yet to be tested here in the courts and just because hiring non-smokers has been given the green light in the US does not automatically mean it will be here.

While it is not deemed illegal to discriminate in employment against someone addicted to a prohibited drug, we have no law relating to addiction to legal drugs such as tobacco.

And just because there is no law covering an issue, should it be deemed lawful? Surely the matter should be tested in court and legislation introduced to clarify everyone’s rights.

In the meantime, Australian employers who wish to advertise for ‘non-smokers only’ are free to do so, but they should bear in mind that they will be excluding more than 10% of the population and a lot of good candidates in the process.

Alternatively, employers should be prepared to have a stash of breath freshening mints available to offer any candidates who have clearly squeezed in one last cigarette between getting out of their car and walking into their interview.