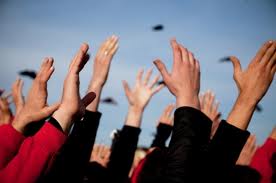 Editor’s Note: This is a guest post written by Edward Mallett, Managing Director of Employsure. His opinions are his own.

The Fair Work laws have been under a fair bit of scrutiny recently, following Qantas’ move to lock out workers. The Labor government has heaped criticism on the Qantas CEO, Alan Joyce, but in the same breath has proclaimed that it is an example of the Fair Work laws operating  successfully. The reality is, Qantas, with an army of smart lawyers, found a way to dance around the Fair Work Act and the Unions to achieve its business goal (for the moment, at least).

But what about small businesses who do not have the benefit of a legion of advisers? Has the Fair Work Act been a success for them?

Apparently not. Business groups across Australia are crying out for change. Top of the agenda is the desire amongst employers for increased flexibility when engaging employees. Not an unreasonable request, you might assume, given that the rest of the democratised world has acknowledged the benefits of workplace flexibility. But, it is not something that is likely to happen in Australia any time soon.

The problem lies in the fact that the Labor government is tied to the concept of Modern Awards, which were introduced by the Fair Work Act and are essentially complex forms of government imposed rules which identify the workplace rights of employees in particular roles or types of business. The core issue with this is that the government determines minimum rates of pay without taking into account factors such as the strength of the economy for a particular type of business or regional variations in the cost of living. Essentially, pay rates rise annually, regardless of how the business world is doing, at a rate that is out of sync with inflation.

Businesses are therefore caught in a vortex. Their costs keep on increasing, even if their revenues are not. An end to this cycle seems unlikely. The Liberal party would no doubt like to help businesses out and entitle employers to bargain directly with their staff, but any murmuring of such a policy would be decried by the Left as a return to Work Choices. Any mention of those words sends shivers down the spine of Liberal policy makers, who know that this is their Achilles heel in any future election.

Under the Labor government, the problem is likely to get worse if superannuation rates are increased, with the employer being left to pick up the difference. Businesses are therefore left in a difficult situation, being slowly asphyxiated by the cost of employing people, with their only hope being to take advice in the hope that they can think of a smart way to deal with the Fair Work Act, like Alan.

Is Your Business Your Retirement Plan?
Down the Recruitment Rabbit Hole: Why Stereotyping Is Bad for Business
8 Ways to Avoid a Stressful Workplace Investigation
14 Examples of Successful Referral Email Campaigns [Infographic]
Why Talent Management Isn’t the Sole Responsibility of HR
5 Unspoken Responsibilties of HR Professionals