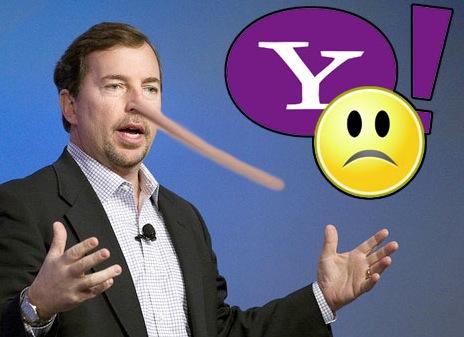 Don’t be a Yahoo! Candidates lie.

The recent departure from Yahoo of CEO Scott Thompson for claiming a bogus degree on his CV highlights the need for background checks on candidates at every level.

Thompson was accused of lying on his CV by declaring he had a Computer Science degree from Stonehill College near Boston. An opponent of Thompson’s, Daniel Loeb, exposed the fabrication in a letter to Yahoo, labelling it a breach of company ethics.

Yahoo initially defended Thompson, calling the fake degree an ‘inadvertant error’, but under pressure from shareholders, they finally launched an investigation into the matter, resulting in Thompson stepping down as CEO.

Thompson blamed Chicago headhunting firm Heidrick & Struggles for the inaccuracy, but they emphatically denied the accusation.

Why was this bogus degree not revealed in a background check?

The fake degree was also on Thompson’s CV when he applied for his former job at Paypal, so it would seem no one bothered to verify his qualifications back then either.

It’s frightening to think how many small business owners, in particular, will bring someone on board without carrying out any reference or background checks.

The cost of a poor hire (someone who leaves because they feel the job isn’t for them or who you need to let go because they’re just not up to scratch) can be as high as three times their salary.

Two verbal reference / background checks should be conducted before making any new hire.

Why? Because CVs can and ARE being embellished. In Thompson’s case, a simple phone call to Stonehill College would have revealed the lie in an instant.

There are those who argue that phone reference checks are a waste of time, as referees tend not to rock the boat regarding former employees and generally give a positive reference to be ‘nice’ (the halo effect).

One such opponent of reference phone calls, startup advisor/investor Nir Eyal, advocated recently in Techcrunch an email alternative, which gives the referee the chance to opt out of recommending a candidate by simply not replying to the email. This technique reveals a lot about the quality of a candidate simply by what is ‘not’ being said.

Nevertheless, verbal reference checks do often reveal chinks in a candidate’s armour and the costs associated with a few minutes on the phone are nothing compared with the cost of getting it wrong.

At the very least, qualifications should be verified by contacting the institution where they were supposedly obtained, because, as this list from a recent article in The Australian reveals, exaggerating one’s qualifications seems to be a common occurrence, at least in the US:

Are online resumes and Linkedin profiles the answer?

Cornell University researchers found that these tended to be more accurate than traditional CVs, possibly due to a belief that you are more likely to be found out if you lie on such a public forum as the internet. On the flipside, experienced recruiter Greg Savage recently noted the increasing prevalence of ‘LinkedIn Liars’

Whatever the ultimate solution turns out to be, in the meantime the best way to verify what a candidate has written on their application is still to contact the institution where they gained their qualifications and conduct two verbal reference checks, bearing in mind the following points:

A recent study in the UK found that almost a quarter of all recruitment firms surveyed said they had found a lie in a resume at some time and the Scott Thompson scandal certainly shows that no one is above embellishing the truth.

So even if the candidate you are considering has interviewed well and appears to have all the necessary attributes and qualifications, STOP before you make them that offer, pick up the phone and talk to someone who knows them. It just might save you a whole world of financial pain and embarrassment.