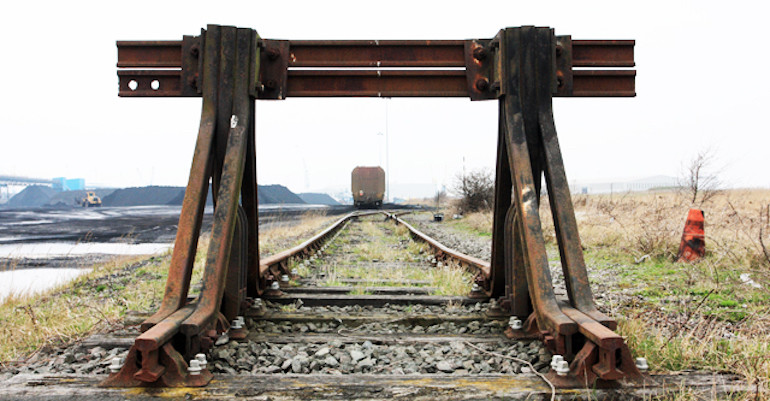 Firing employees sucks no matter how you slice it. You’re unhappy, the company is unhappy, and most of the time the employee is extraordinarily unhappy.

Previously, Greg Weiss guest posted about “Why Treating Departing Employees Well is Smart Business“. Then our own Paul Slezak told some really wacky tales in “8 of My Most Bizarre ‘Firing’ Stories“. Today we’ll finish our series on this uncomfortable topic with my top 5 lessons learned about firing employees.

Free eBook: This exit interview template and guided framework will ensure you get structured feedback from every employee before they leave. Download eBook!

1. No one sleeps the night before

Or maybe they don’t sleep the night after. Or maybe they get a horrible knot in their stomach and can’t eat breakfast. I know someone who has fired more than 500 people (yes, seriously), and he still gets a knot in his stomach and a sick, sinking feeling about it. You’re effectively removing someone’s livelihood, you’re at least bruising their ego, and you’re crushing the high hopes you both had when this person took the job. It sucks, and it’s nerve-wracking. That doesn’t make it less necessary, but I’ve learned that the nerves just come with the territory.

2. Don’t use a performance improvement plan unless you mean it

Ike was put on a performance improvement plan. This in itself isn’t very remarkable, although the plan was actually quite a surprise to him, but he had a new manager and they apparently didn’t quite click. So he looked at the performance plan and decided to crush it. He put in long hours and at the end of the first week he’d finished nearly everything in the 30-day plan. Everything except one report, but his boss said it was ok to turn that in 12 hours late, since an emergency had intervened.

On Monday, Ike came back in the office determined to finish out the plan’s goals that week – more than two weeks before the deadline. He walked into his 1:1 with his manager that afternoon expecting to be able to give a great update. He was a bit surprised to see HR at the meeting, but figured that it was standard operating procedure for a plan check-in.

Ike was informed that he was terminated, effective immediately. When he asked about everything he’d already accomplished, his manager brought up the late report, much to his surprise. After a bit, his manager stepped out and Ike asked HR what was going on. HR’s response was, “Honestly, Ike, I didn’t know you’d made ANY progress on your plan. But it’s too late – we can’t go back on this termination.”

Clearly, that manager didn’t “mean” the performance plan. Ike’s manager was completely done with him and pushed to fire him the moment she could. Frankly, in that case, why bother? If you’re done. If there’s no possible way on this planet you think that your employee can rehabilitate, just DO IT. Don’t bother going through a charade. It’s not fair to you or to the employee to have to suffer through the stress of a performance improvement plan when there’s a definitive conclusion. Rip off the band-aid and move on.

Paul’s story #2 talks about Gerard’s making a scene when Paul tried to pull him into a private meeting to, well, fire him. While you can’t always avoid awkward scenes like this one, giving a bit of thought to choreographing your moves in getting to the meeting can certainly help. Here are a few tips I picked up along the way:

It will seem completely ridiculous to talk through the pre-meeting choreography, but it’s less ridiculous than being put into the situation that Paul was!

4. Dot your Is and cross your Ts

I learned this lesson the hard way when I was in IT. As head of IT, the unfortunate duty of locking terminated employees out of their accounts fell to me (head = trusted with confidential information before it happened). Once, I was waiting in my office for the go-ahead to lock Irene out of her accounts. No one had any idea what Irene did all day, so it wasn’t much of a surprise that her time was up.

Somewhat panicked, I checked with HR. They had mixed up the dates of the paperwork. Someone named Christine had just been terminated, and Irene’s date was coming up the next week. I made the permissions switch, but apparently Irene’s termination the next week had no small amount of awkwardness involved!

That’s when I learned to double-check that confirmation phone call; I also learned to triple check every detail around a firing.

5. There’s no such thing as no regrets

“Is there anywhere else in the company I could go?” said Gary after hearing the news. My heart broke. I’d actually looked elsewhere in the company, but Gary’s attitude had sunk him more than his performance. He just didn’t fit in the company culture, and no other manager wanted to deal with his “doom and gloom” attitude towards everything.

Gary’s isn’t the only protestation I’ve heard. I’ve been asked whether I saw ANY value in the person’s work. I’ve been told that the employee had a dying relative, which was affecting her performance. I’ve seen tears, begging, pleading, and anger. And every time, I wonder whether it could have been different. Even with a performance improvement plan, could I have helped more? Could I have found some sort of value? Could the company just suck it up and keep a non-performer around?

The answer, of course, is no. But I’ve learned to accept these thoughts as part of the process. I acknowledge them as part of my thoughts, mentally acknowledge that the fired employee wasn’t worthless, and review the reasons we had to fire him or her.

“The end of the line” by Peter Church is licensed under CC BY-SA 2.0.