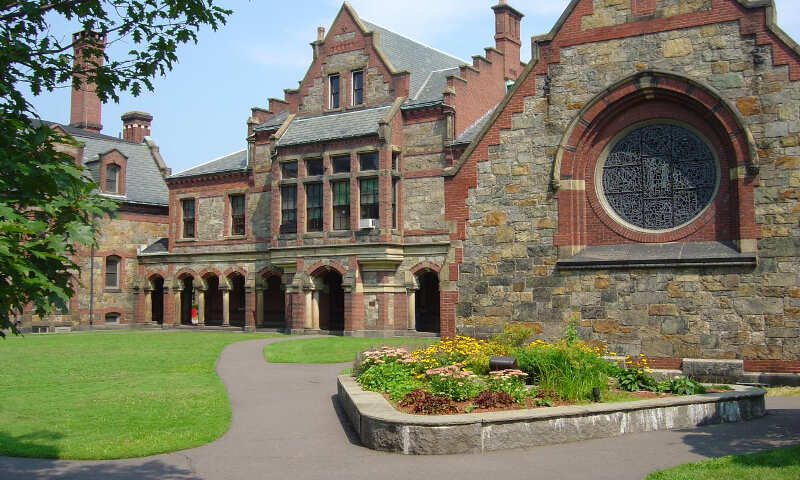 These Are The 10 Best Massachusetts Schools For Tenured Faculty

by Ryan Morris
Rankings - 3 years ago

Academic tenure — the status by which college faculty members can no longer be fired except under extraordinary circumstances — holds an important place in the academic ecosystem.

The main purpose of tenure is to defend the idea of academic freedom by making it difficult, if not outright impossible, to fire a college professor for holding an idea or speaking out about that idea. For years, the concept of tenure has allowed university faculty to discuss controversial subjects with their students and with the public without fear of losing their job due to office politics.

But the concept of tenure is not without its detractors. Many have argued that the system is flawed, suggesting that the system should either be significantly overhauled or else abolished entirely.

Even so, left to its own devices, tenure might not be long for this world. An over-reliance on adjuncts, graduate students, and other non-tenure track instructors has been quickly leading to the disappearance of most tenure track positions, which educators have argued is a very bad thing for higher education.

That got us at Zippia thinking — at which US institutions does the idea of tenure have the strongest foothold?

For this one, we decided to focus on Massachusetts, a New England state with some of the oldest and most respected colleges in the US (such as Harvard University, MIT, and Boston University). Using information from the National Center for Education Statistics, we put together a list of the best schools in Massachusetts when it comes to having tenured faculty.

Using the information found on the Integrated Postsecondary Education Data System (IPEDS) database, we searched for the colleges in Massachusetts with recorded data about the tenure status of their faculty. Since we’re talking about higher education in general in this article, we included all postsecondary schools in the IPEDS database, which included four-year public universities and private schools as well as community or junior colleges.

To get our percentages, we looked at the overall number of instructors at each university with faculty status in 2015, and then compared this with the amount of faculty who I) already had tenure, II) were on tenure track, or III) were classified as faculty but were not tenure track.

Does your school make the top ten? Read on to the full list to find out more.

Location: Cambridge, MA
Percentage of Faculty with Tenure Status: 100.00%
College Description: An Anglican divinity school located in Cambridge, MA, Episcopal Divinity School is a seminary school with a strong commitment to social justice issues. Unfortunately, the school closed the doors on its Cambridge campus only a few short months ago in order to pursue an affiliation with the Union Theological Seminary in NYC.

Although the final class graduated in May 2017, we decided to keep EDS at the top of our list given that the school will continue to exist at the UTSNYC campus — hopefully, the school also continues its impressive rate of 100% tenured faculty at its new home.

Location: Cambridge, MA
Percentage of Faculty with Tenure Status: 74.38%
College Description: MIT hardly needs an introduction — a private university incorporated in 1861, the Massachusetts Institute of Technology has long been a bright feather in Massachusetts’ cap. With at least 87 Nobel Laureates among the ranks of MIT’s alumni, the school has a long-standing reputation for excellence as a research institution, so it should come as little surprise that they have the highest percentage of tenured faculty on our list at 74.38%.

Location: Roxbury Crossing, MA
Percentage of Faculty with Tenure Status: 73.81%
College Description: Taking the second official spot on our list is Roxbury Community College, a public institution dedicated to lowering the barriers to educational opportunities for residents of the larger Boston area. It’s encouraging to see that Roxbury’s percentage of tenured professors is 73.81%, as this hopefully means that Roxbury’s students are being served by an excellently qualified staff of instructors.

Location: Boston, MA
Percentage of Faculty with Tenure Status: 72.41%
College Description: Originally founded as a law school for women in 1908, New England Law | Boston has had a long history of civic engagement and with the civil rights movement. The first African-American woman to ever be admitted to the Massachusetts bar was a New England Law alumnus, and students from the school in the 1980s assisted former Soviet countries to develop new systems of government after those countries found themselves increasingly on their own.

Location: West Barnstable, MA
Percentage of Faculty with Tenure Status: 72.31%
College Description: Cape Cod Community College was founded in 1961 and remains the only comprehensive college on Cape Cod, offering a variety of majors in the arts and sciences alike. With 72.31% of its faculty tenured, CCCC is doing an excellent job at providing its students with an education that prepares them for life outside of school.

Location: Holyoke, MA
Percentage of Faculty with Tenure Status: 72.09%
College Description: With over a hundred undergraduate degrees and certificate programs on offer, Holyoke Community College is a two-year college located in Holyoke, MA with a focus on flexible education and meeting students’ unique needs. Fortunately, this focus on varied education doesn’t affect the school’s ability to provide its students with excellent educators, given that 72.09% of the school’s instructors are tenured faculty.

6. Massachusetts College of Art and Design

Location: Boston, MA
Percentage of Faculty with Tenure Status: 71.56%
College Description: Massachusetts College of Art and Design is a publicly-funded art school in Boston originally created to train drawing instructors as well as professional artists of all stripes and specialties. Of their over 100 faculty members, 71.56% are tenured, showing MassArt’s commitment to its instructors as well as its student body.

Location: Salem, MA
Percentage of Faculty with Tenure Status: 71.51%
College Description: A four-year public school located in the historic city of Salem, MA, Salem State University was (much like New England Law | Boston) originally founded as a school for women before becoming a co-educational teaching school. In fact, it was only in the last ten years that Salem State became a full-fledged university, and yet it still has managed to have an impressive 71.51% of its faculty achieve tenure status.

Location: Bedford, MA, and Lowell, MA
Percentage of Faculty with Tenure Status: 71.20%
College Description: Middlesex Community College is a public institution located across two separate campuses, one in Bedford, MA, and the other in Lowell, MA. Originally established in 1970 on the grounds of a veterans’ hospital, Middlesex has over 70 degree and certificate programs on offer.

Location: Norton, MA
Percentage of Faculty with Tenure Status: 70.45%
College Description: Located within close distance to both Boston and Providence, MA, Wheaton College is a liberal arts school originally founded as a women’s seminary. In addition to having a significant presence in the intercollegiate athletics community, Wheaton is also consistently chosen as one of the best colleges for academics in the US — though given that over 70% of its professors have tenure, that last part may not be surprising.

Location: Gardner, MA
Percentage of Faculty with Tenure Status: 70.27%
College Description: Mount Wachusett Community College is a two-year school offering associate’s degrees with a focus on community service and professional development. The school’s award-winning sustainable energy program might have a little to do with the fact that over 70% of their faculty are in tenured positions.

Are you a looking for a good place to get an associate’s degree? Find out which junior college is the best in each state for finding getting its alumni employed.

Or are you looking for more articles like this one? Check out which colleges in NC are the best for jobs.