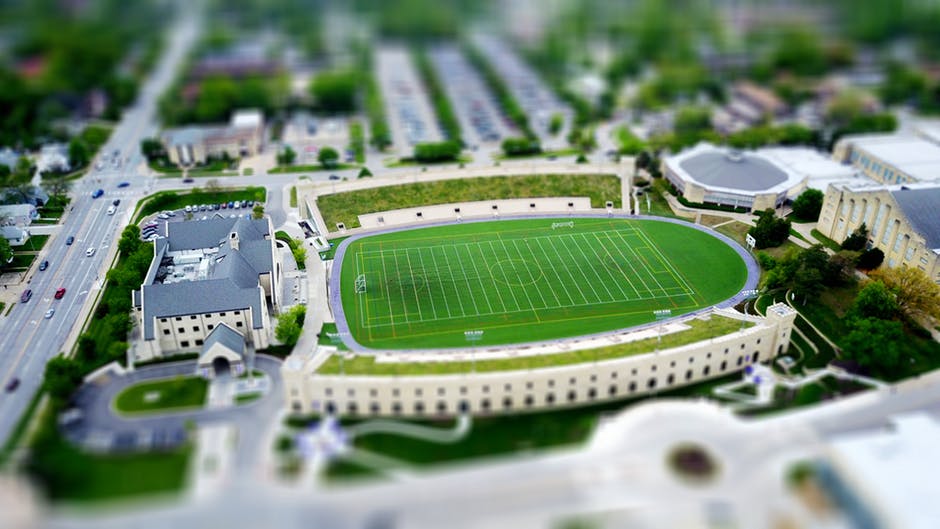 by David Luther
Study - 3 years ago

When it comes to college football coaches, how much do you think $1,000,000 in the form of a coach’s salary buys your school?

The answer is an additional 2.4 points. And if at first it doesn’t sound like that much, bear in mind that we’re talking about off-the-field points — our findings show that paying public college football coaches more results in an increase in male graduation rates.

That is to say: every $1 million increment in a coach’s salary increases male graduation rates by 2.4 percentage points.

This month marks the end of most states’ fiscal years, and public colleges are yet again on a budgetary chopping block. Meanwhile, the price of attending public colleges has risen significantly faster than the growth in median income, with only a handful of states funding their public colleges at their pre-recession rates.

So it might come as a shock that the highest paid public employee in your state is probably a football coach, whose salaries have gone up 93 percent between 2006 and 2012. With that in mind, we took a look at the numbers so see why financially strained schools would spend money on coaches, instead of hiring faculty to yield more graduates.

But as it turns out, funds spent on coach salaries over faculty pay has academic value — because each additional million dollars to a coach’s guaranteed salary, which the school doesn’t necessarily pay, results in a 2.4 percentage point increase to public Football Bowl Subdivision schools’ male graduation rates.

And, your hard-earned tax dollars are probably not covering that cost.

How we performed the research

Since players aren’t making incomes — if you don’t count scholarships — from their on-field performance, we initially wanted to see how players are compensated in the classroom. We looked at data to see just how much these athletes benefited from increased coach salaries.

We began our research by collecting data on FBS public college coach pay, which was obtained from various public record requests and sources. We wanted to first see if paying coaches more yielded better academic outcomes for their athletes, so we used NCAA data compiled by ICPSR to compare the salaries to players’ academic eligibility.

The findings show that paying coaches a higher salary has a direct impact on the number of athletes who graduate college — so the “income” they receive as scholarships pays off in the form of diplomas.

And: salaries are not a function of the college’s endowment

We wondered if was simply that coaches from schools with more money also got paid more, but IPEDS data shows that this isn’t the case: variations in salary and player eligibility are both largely independent of how much money schools have to spend

And this data set lead to another observation: not only are coaches’ salaries independent of endowments, but so are overall graduation rates.

But: graduation rates are not independent of coaches’ salaries

In doing this analysis, we wanted to control for outside factors that might affect the players’ academic success.

Comparing players to the rest of the student body, we used National Center for Education Statistics data, to control for other factors such as the percentage receiving financial aid, race, SAT scores, graduation rates and gender.

And interestingly, we found that by manipulating coaches’ salaries we also saw another effect: male graduation percentages changed as well. For every $1 million increase in a coach’s salary, male six-year graduation rates increased 2.4 percentage points, not 2.4 percent, which is indeed a very significant number when you consider that highest-paid coach Nick Saban’s University of Alabama graduates 41 percent of its male cohort in four years and 62 percent in six years.

For those of you not familiar with the distinction, consider a student loan. A federal direct loan rate sits at 5 percent. If it goes up 2.5 percentage points to 7.5 percent, that’s an actual increase of 50 percent.

If you average the difference that makes for the schools in our survey, that’s about 45 additional male graduates a year.

How coaches’ salaries are paid varies, so here’s a breakdown:

The reason this matters is that our study focuses on guaranteed money, not the base salary that a state will always pay — so when we’re talking about the 2.4 percentage points for every $1 million extra, those funds don’t necessarily come from the state budget, potentially making this an extremely high ROI.

So is the value of a coach is measured in graduates, not winning games?

To put this in perspective, let’s use Tim Beckman from the University of Illinois at Urbana-Champaign again. In 2014, the same year as the rest of our study, Illinois spent $357.8 million a year on instruction and $312.4 million on academic support — and $82.1 million on all athletics programs.

College athletic programs, and football in particular, have come under fire for being revenue black holes. However, the lion’s share of coaching salaries, especially at the big schools, is paid out of the revenue that the teams generate.

This isn’t much of a secret, as 2014 NCAA President Mark Emmert made the same argument from the stand in a federal lawsuit over whether schools should share licensing earnings with players, “Any way you cut it, a very small portion of NCAA institutions are actually generating a profit.”

It’s not all sunshine and roses, even in the Sun Belt Conference and Rose Bowl

And that revenue goes right back into the programs that generate them and not to the general fund.

But we do have to bear in mind that student fees — where athletic subsidies are often hidden — have risen even faster than tuition rates, according to the American Association of University Professors.

The Knight Foundation reports that FBS schools, the same ones from our survey, spend on average $15,615 per student and $110,964 per athlete, using the Higher Education Price Index.

“The fact is that the athletic department is not self-supporting,” said media and cinema studies Professor Jay Rosenstein in a News-Gazette interview after hearing of the salary for Coach Lovie Smith — Beckman’s 2016 successor — a guaranteed $1,809,000 a year.

The question remains: would the increase in fees be better spent on instruction and academic facilities?

“It costs the campus money and it costs students money. Students are the group that has the least amount of money. Let’s give the students a break.”

But regardless, the correlation is there. So check back with us in five years. We’ll let you know if Coach Smith’s salary hike over Beckman results in the 2016 cohort adding another 20 male graduates to 2022.