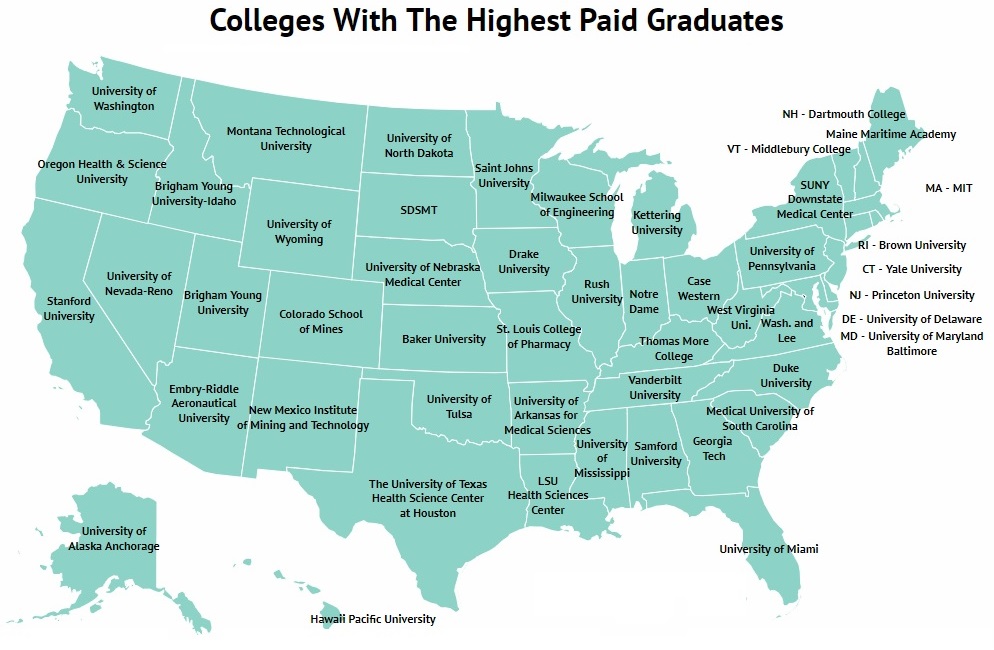 It’s that time of year again, when everyone takes the jump from college to the big leagues of the working world. After all, the whole point is to leave college with the skills needed to earn a high paying job. College loans do need to be paid off at the end of the day.

To help with that calculation, Zippia researched a list of the top school in each state in terms of what graduates typically earn — looking specifically at the average of earnings ten years post enrollment. As always, our data comes from the College Scorecard who just updated their dataset for this year. You can see our lists of colleges with the highest earning graduates in each state for 2018 and 2017 for reference points.

Below is a list of each state’s highest earner in a table, but first, here are the colleges with the highest earning graduates:

Using the Department of Education College Scorecard data, we searched for the college in each state with the highest average earnings for students ten years post enrollment. We limited the dataset to accredited, not-for-profit intuitions that are predominately undergraduate.

Then, we sorted every college in the country from highest average salary to the lowest that had data on available for both data points.

Finally, we selected the college with the highest earning graduates in each state. We display the average earnings along with each college below. 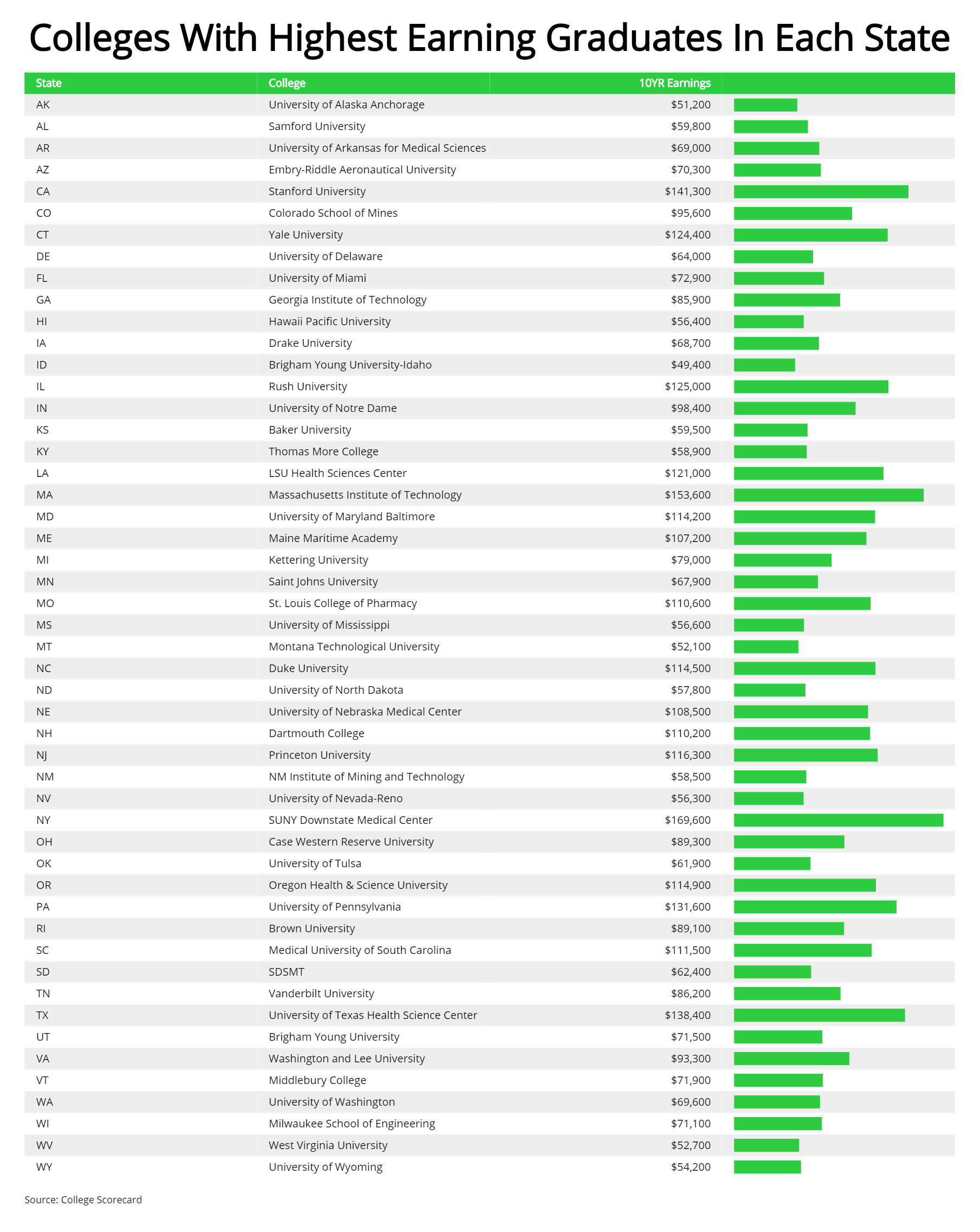