What Each State Has That’s Bigger Than Any Other 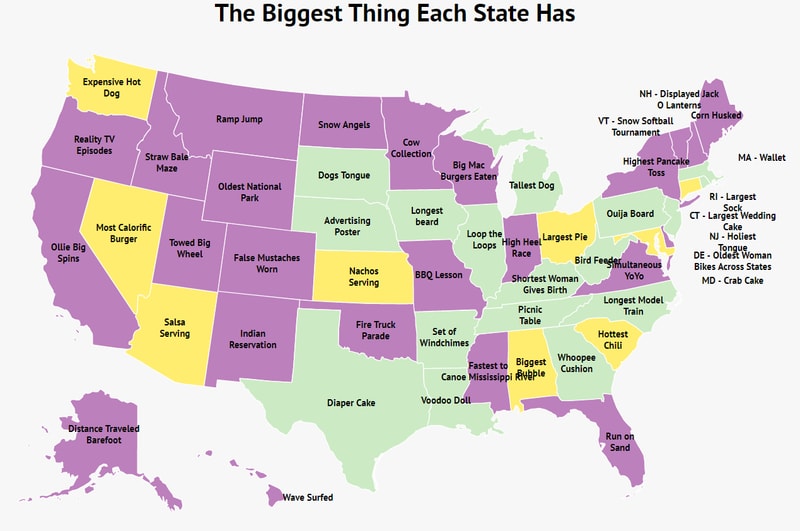 Every state has its claim to fame.

Sometimes that dubious honor is being home to something really, really big. Or being the location of a colossal, immense quantity of an everyday object or action. Regardless, no accomplishment so big is too small to escape our notice here at Zippia.

We scoured thousands of records (and maybe a few roadside signs) to find out what each state has that’s gigantic, ginormous, and downright mammoth.

You can see the animal, food, action, and other bizarre items of substantial size each state boasts of in the map above, or keep reading to see our more interesting findings.

Summary of the Biggest Thing Each State Has

The Bigger, the Better

While these states may do some things bigger and better than others, there isn’t a state that doesn’t have something to be proud of.

From the holiest tongue to the largest parade of fire trucks, there’s something for everyone to enjoy when it comes to records.

Even things that you didn’t think would be a record, like the most people making snow angels simultaneously, are included in the complete list below.

These are the things every state does bigger than any other state.