The Most Disproportionately Common Majors In Each State

by McLeod Brown
Study - 3 years ago 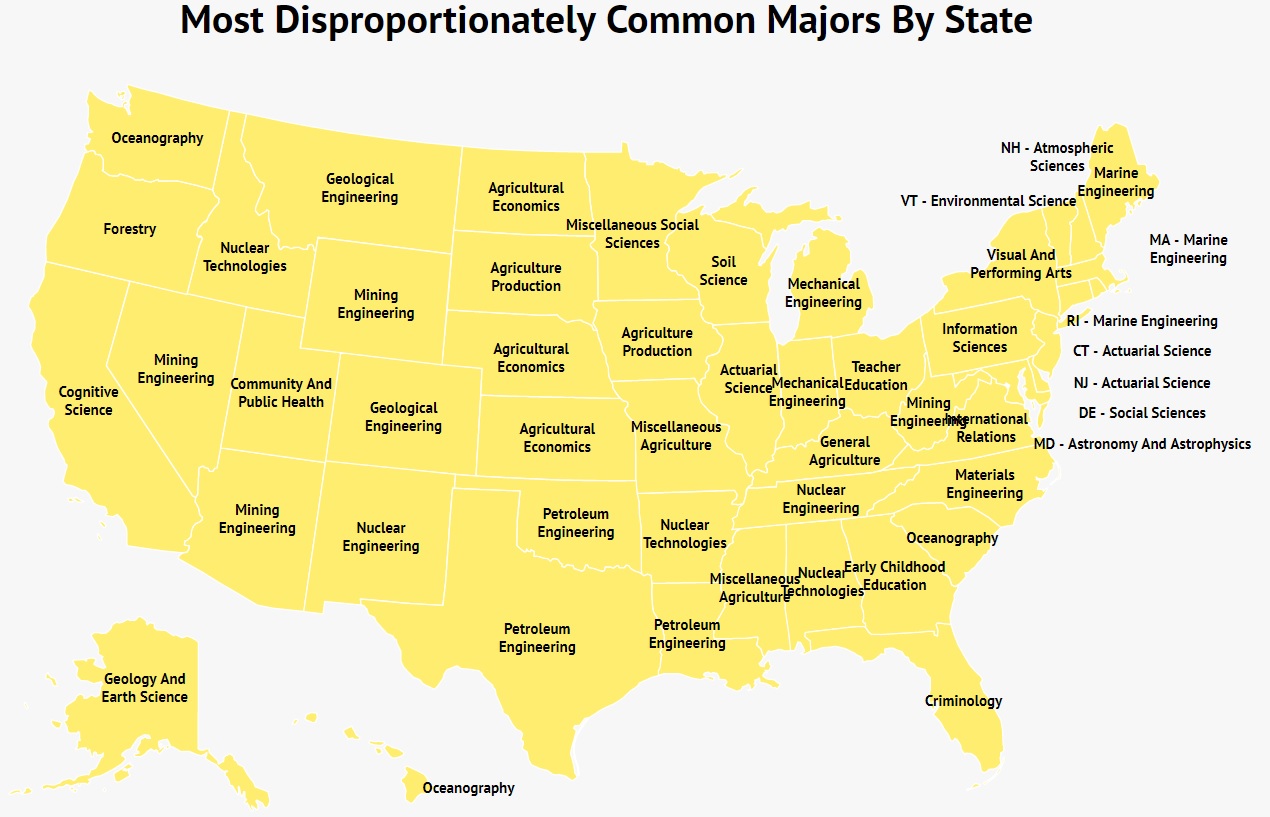 The following two sentences are in the top five (or bottom five depending how you look at it) of most annoying statements for enrolled college students to encounter:

“What are you gonna do with THAT degree?”

“I’ve never even HEARD of that major.”

However, there could be a legitimate reason some people do not recognize a major. They truly may have never heard of it. That’s because there are some majors that are far more popular in certain areas than the rest of the United States.

Using the PUMS data from the 2012-2016 American Community Survey (ACS), we’ve discovered the most disproportionately popular major for each state compared to the rest of the country.

It is important to note that these are not the most popular degrees per state, but instead degrees held at a disproportionately high rate in each state when compared to the rest of the country.

Additionally, for this specific study, we focused on people over the age of 25 with a degree.

This is where the location quotient comes into play. Location quotients are used to quantify how concentrated a particular industry, cluster, or in this case, a college major, is in a region compared to the rest of the country.

For example, Alaska’s unique major of geology and earth science has a location quotient of 6.06. This was found the following way:

The total number of people who earned that degree in Alaska is divided by the state’s population and then multiplied by 100,000.

There are 736,855 people living in Alaska. The number of people who earned a geology and earth science from a university in Alaska is 2,932.

The same thing is done on a national scale for that major, with the total number of people who earned that degree divided by the total U.S. population, and then multiplied by 100,000.

The state number is then divided by the national number, producing the state’s location quotient.

Business management and administration is by far the most popular major in the United States, with 36 states having it as their number one degree. In those states alone, over 3.3 million people majored in the field.

The state with the most popular popular major? California with over 467,000 students majoring in business management and administration.

Lots of nurses in Alaska and accountants in New Jersey. Figures. 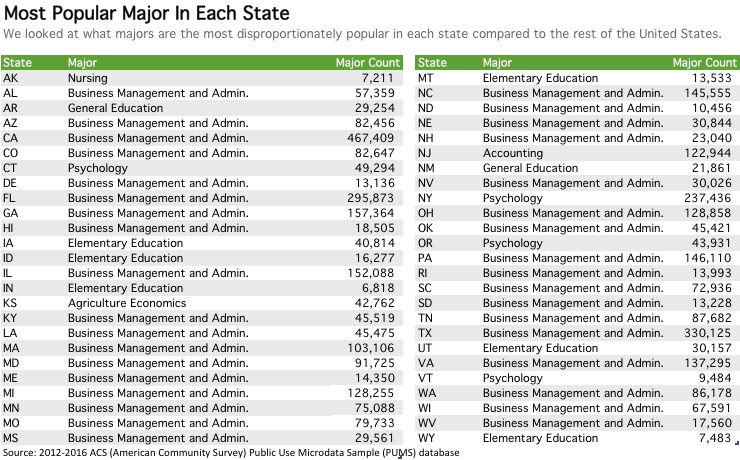