There’s a sixteen percent difference between men and women when it comes to their first jobs.

The 15.6 percent difference we’re talking about is how much farther men move for their first jobs

The latest Pew research shows that the pay gap between millennial women and men is actually progressively narrowing — men earn 10 percent more than their female counterparts ages 20 to 35.

But even with the income disparity narrowing, we have to ask: why is there still a gap at all?

We’d need more data to prove it beyond certainty, but our findings suggest that it may be, in part, a result of how far the sexes typically move for their first job — women who are about to graduate might continue to close their generation’s gender pay gap if they extend their search radius to match their male counterparts.

What We Learned From the Data

That 15.6 percent difference equates to a 52-mile larger job search radius for men, which looks like this. 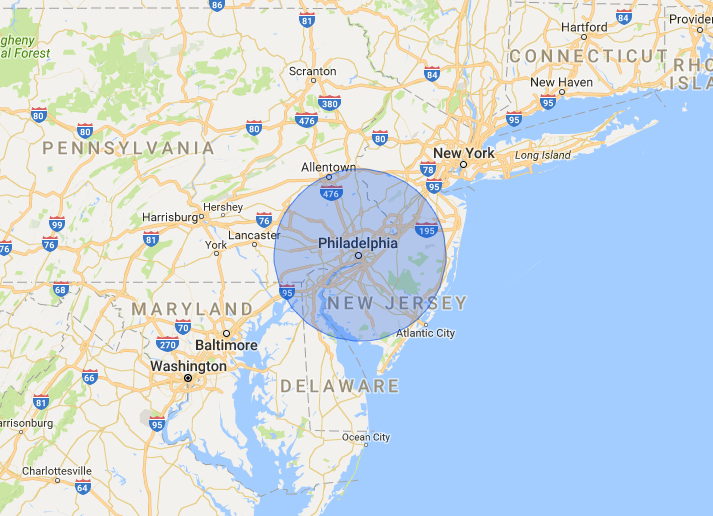 Now, here’s what those search areas look like overlaid. 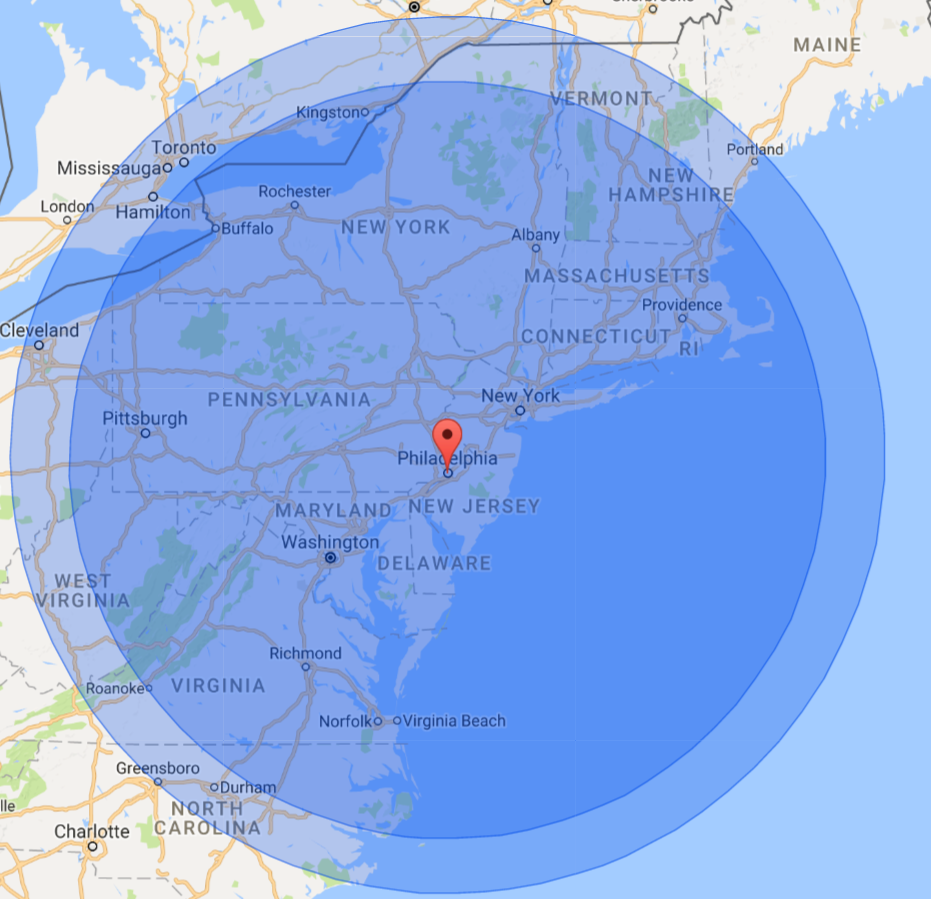 According to Census data, this larger search area brings in an additional 3,873,908 jobs total, including:

These are some pretty significant differences — drastic enough for us to take a deep dive into the data to seek out an explanation.

Breaking Down the Distances by Major

We broke the data down into majors, to see if any particular courses of study threw off the results.

We considered that our data set was being skewed by small, traditionally male majors with high travel rates — like Naval Architecture and Marine Engineering, which is 89 percent male with an average first job distance of 856 miles.

To control for this phenomenon, we excluded the majors that didn’t have at least ten observations for both men and women.

Here’s a look at the difference in distance men and women travel for the top twenty majors: 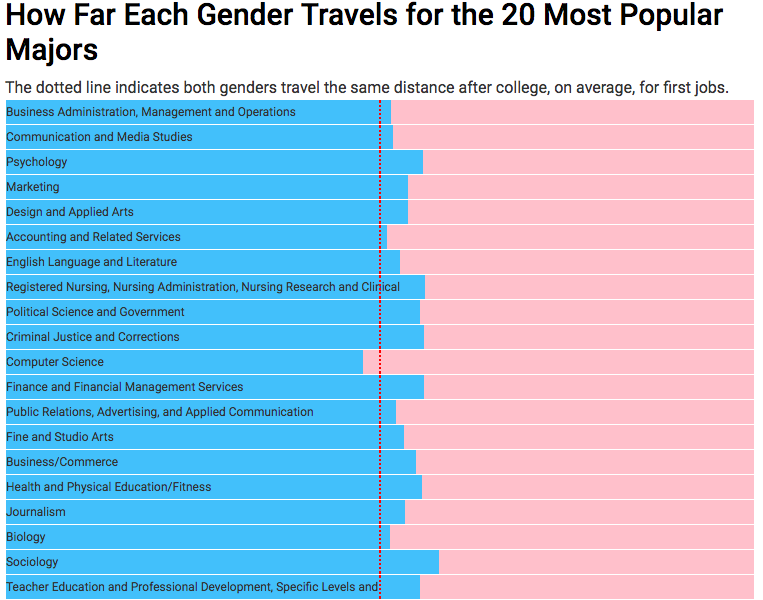 It indicates a slightly higher average distance traveled by males for their first jobs, across most majors. The distance isn’t being skewed by outlier majors.

Also, we found that this trend holds more or less steady across the 160 academic majors we tested — men travel more for their first jobs across most majors, even for traditionally female-dominated majors like nursing and teaching

When we eyeballed the results, it appeared that women with science, technology, engineering and math (STEM) degrees move farther than men.

However, when we dug into the data, that wasn’t the case — men still move farther on average than women, even STEM majors.

Consider that for a moment. Even though the field is almost 75 percent male, STEM jobs have the smallest gender wage gap for women and women with STEM degrees travel farther for their first jobs.

This is of course not meant to suggest that women don’t contend with workplace discrimination.

A man may be willing to turn down more offers that would require him to relocate because he feels that he has less to lose — a woman may fear that if she refuses the job she’s feeding into the stereotype that women are less committed to their careers, or that there might not be another offer.

And as for STEM careers, the Department of Commerce openly acknowledges gender balance discrepancies:

There are many possible factors contributing to the discrepancy of women and men in STEM jobs, including: a lack of female role models, gender stereotyping, and less family-friendly flexibility in the STEM fields.

But is It Really Just a Man’s World?

We think that the implication from this data is no.

The genders seem to be on progressively balanced career roles and salary trajectories.

According to an EY report, more men than women reported changing or being willing to change jobs to manage work and family lives — and the pay gap is at an all-time low.

Also encouragingly, the Mayflower Moving company’s millennial study found that more than half of millennial males are willing to move to a new city in the interest of furthering their female partner’s career. Also from Mayflower:

Are men more open to moving in general?

Consider Business Administration Majors, the nation’s most common major, who make up a whopping 10 percent of our study — even though it has more male graduates, men move an additional 20 miles on average for their first jobs.

A very real consequence of that willingness to move may be more, higher paying job opportunities.