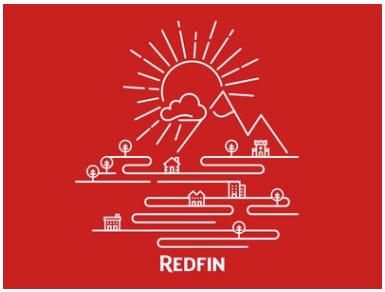 How Does Redfin Make Money?

Though it may sound like some sort of fish-monger haven, and the fact that it is based in Seattle doesn’t help that notion, Redfin is not, in fact, a dealer in fine fish. It is instead a dealer in real estate. Redfin is a real estate brokerage. The company was founded in 2004 by David Eraker, Michael Dougherty, and David Selinger, and the company went public in August of 2017.

The company was founded on the idea of disrupting the traditional model of real estate brokerage. This was fueled by Eraker’s own real estate misadventures and a blossoming passion for software design. At first, Eraker and Dougherty just had a map of real estate listings, to make life easier for people. This was all before tools like Google maps existed. By combining satellite maps with real estate info, they were completely changing the market. But then the idea sparked, “What if we listed real estate on our maps and sold it ourselves?” The Redfin founders even started receiving threats to their safety from competitors, because the writing was on the wall, that Redfin was set to take over.

Since then, the company has won numerous awards in excellence and innovation. It continues to hold a hefty market share and grow.

How Does Redfin Make Money?

Redfin differs from its competition (which we will get into later in the article) in the ways that it rakes in cash. Aside from the millions and millions the company raised in its funding rounds and as a publically held company, the two main ways in the business model that Redfin makes money are listing fees and commission from a sold house or property.

The listing fee differs in different markets and areas of the country. For example, the listing fee in Atlanta could be 1.5% of the total cost, whereas in Orange County, CA, the fee could be 1%. There are also minimum commissions associated with these fees. The minimums also differ from market to market.

Another accessory way that Redfin produces revenue is with partner revenue, which the company describes as, “fees partner agents pay us when they close referred transactions, less the amount of any payments we make to customers.”

The last way the company produces steady revenue is through fees from title and settlement services, mortgage banking ops, marketing services provided to home builders, analytics and licensing, and a few other various services.

As far as how the agents get paid, Redfin abides by a similar model to classic realtor modes of payment. They are given commissions which are an agreed-upon percentage of the total sale.

How Much Do Redfin Agents Get?

Unlike a lot of traditional real estate firms, Redfin pays its agents a base salary. On top of that salary, agents can earn bonuses on sales they close. This is just another way in which Redfin turned the industry on its head.

Redfin agents make well above the average agent in the States. This leads to more invested agents because the pressure of being an independent contractor isn’t there. It’s a far more relaxed environment and that translates over to the customer. Another benefit is that because they are employees, Redfin agents get all the benefits that come with being a full-time employee, such as comprehensive health coverage and other great perks.

Is Selling Your Property with Redfin, Rather Than With a Traditional Realtor, a Good Idea?

The biggest advantage of going with Redfin as opposed to taking a more traditional, less tech-savvy route towards a new home is that Redfin is much cheaper. With Redfin, the seller gets a commission refund, which is split with the agent. Redfin can offer this incentive because they pay their agents a salary. Another advantage is that, with Redfin, you get one of the most intuitive and easy to use search tools you’re liable to find anywhere. Redfin really does make home buying and selling super easy. Lastly, Redfin does a great job compiling data from all the listings. They pull from data sources to provide as much in-depth information about listings as is available.

Compare that to going with a more hands-on agent, you’ll see that the hands-on agent is likely to have a better in-depth knowledge of the area you are looking to buy in. The Full-Service Agent is more likely to be more invested in your home buying process.

With Full Service, hands-on real estate agents, there is the human aspect. That person can recommend areas that they think you might like based on the discussions you’ve had. They could speak from their past experiences and inform you of the non-data points of an area. The decision hinges on whether you think cost or personal involvement is more important.

Who Are Redfin’s Competitors?

Redfin doesn’t really face competition from traditional real estate agencies, due to the technological nature of it. So its biggest competition comes in the form of companies that have followed closely in its footsteps. Where it differs from a lot of these companies to a fault or benefit, is that most of its competition generate their revenue predominantly through ads. A few of Redfin’s biggest competitors are:

New companies are entering the market every year, with new ideas on ways to innovate and streamline the homebuying process. Homebuyers and home sellers are becoming more and more tech-savvy, and they partly have Redfin to thank.