States That Love Pickles the Most 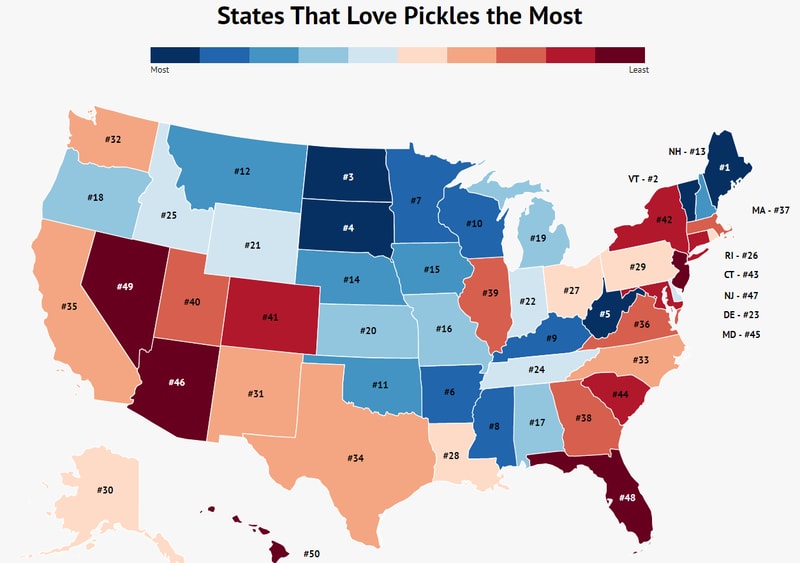 Pickles are delicious. They’re the bread and butter of any great sandwich. It’s always sweet to find one on the side of your BBQ plate. And we doubt you’ll Gherkin at a fried pickle. They even have their own holiday.

As much as we love pickles, we know that there are people out there who don’t. Or, at least, they don’t share the same appreciation of pickles. So we set out to figure out who actually enjoys pickles (and who doesn’t).

By looking at which states grew the most pickles and which states used the internet for finding pickle recipes and ordering pickles, we figured out that some states are truly obsessed with pickles. While others just aren’t.

Here are some fun facts that we found along the way.

Summary of the States That Love Pickles the Most

The data on cucumbers grown for production comes from the USDA’s 2014 to 2016 Vegetable summary. We only looked at cucumber for production data, because this isn’t a “state of cucumber sandwiches” or about those cucumbers on your salad. It’s a deep, investigative dive into pickles! The best cucumber.

We ranked each of the main cucumber growing states by acres for growing.

From there, we sought to see which states are ordering extra pickles, looking up pickle recipes, and are generally obsessed. We used google trends as a proxy, for a flat 12 month period as pickles aren’t too seasonal of a product.

From, there we ranked each state- the more search volume, the higher the pickle mania.

States That Love Pickles the Most (and the Least!) 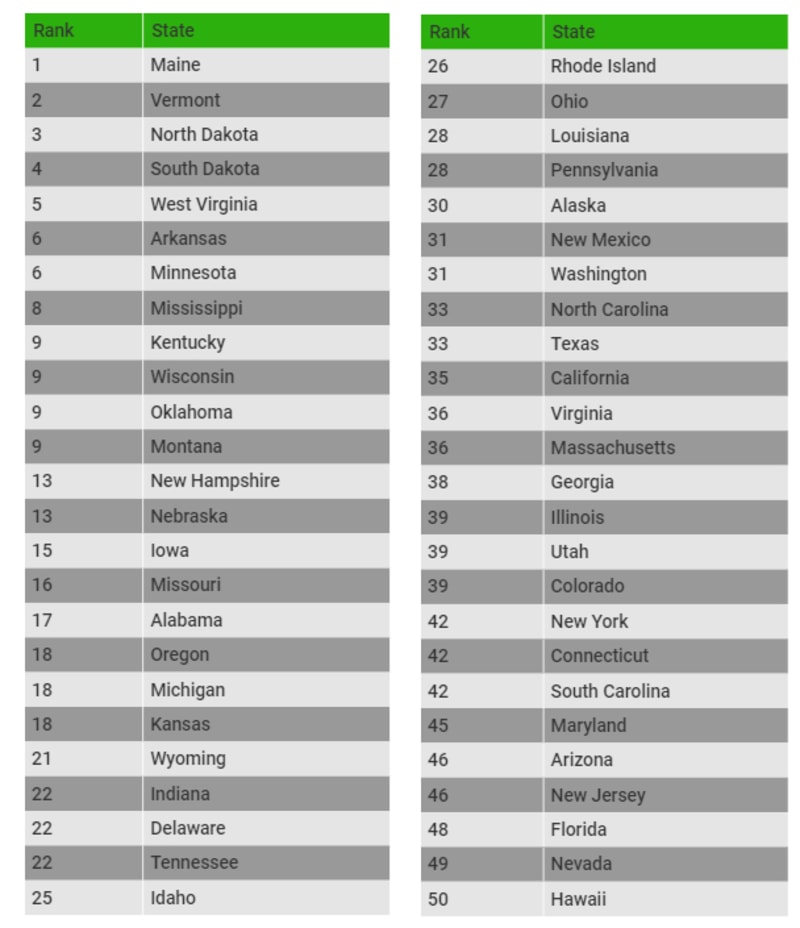 This frenzied love for pickles stems from the different kinds of pickles, of course. The various types make pickles great for really any time of the day.

The sweetness and saltiness of bread and butter pickles make for a great afternoon snack when you’re needing something salty and sweet. Dill pickles are obviously great for sandwiches and even enjoyable when fried.

Sweet pickles can make for a nice after-dinner snack if you want to skip out on dessert. And if you’re looking for an even better crunch, Gherkins are the way to go.

States That Produce the Most Pickles

Even with those numbers, the U.S. is only the fourth-most pickle exporter in the world. Germany, India and the Netherlands claim the top three spots.

Still, the U.S. consumes a lot of pickles. In fact, Americans eat more than 9 pounds of pickles a year (per person!). The majority of U.S. households eat pickles and on average they buy a new jar every 53 days.

Whether you like them straight out of the jar, fried or in your sandwich, there’s no denying that America is pro-pickle.