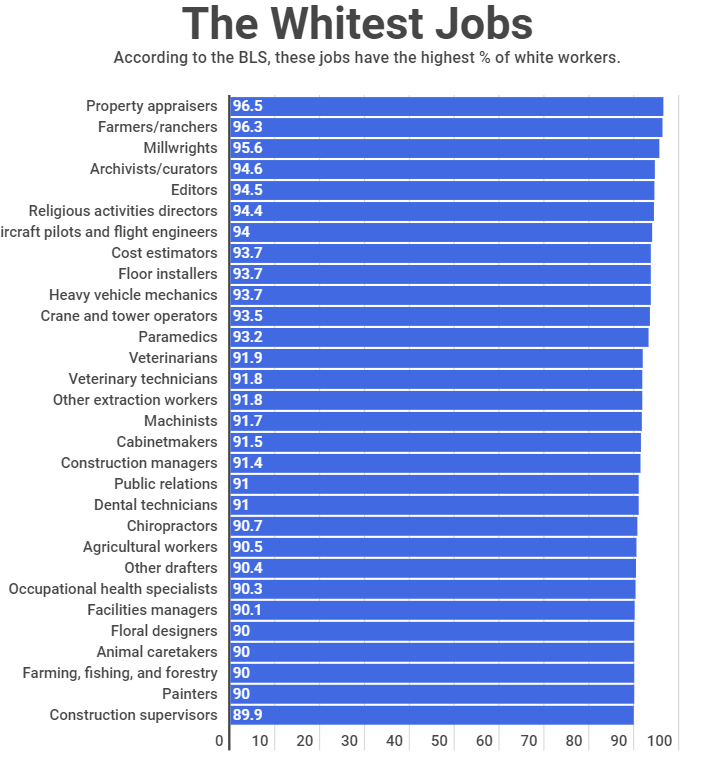 According to the BLS, 78% of the workforce is white.

However, much like the racial pay gap, there sadly still exists unequal opportunities and barriers for workers of color that make entering certain professions more difficult than others.

Using data from the BLS, we found the jobs with the highest (and lowest) percentage of white workers.

Below you can see a chart for the jobs with the fewest white workers. 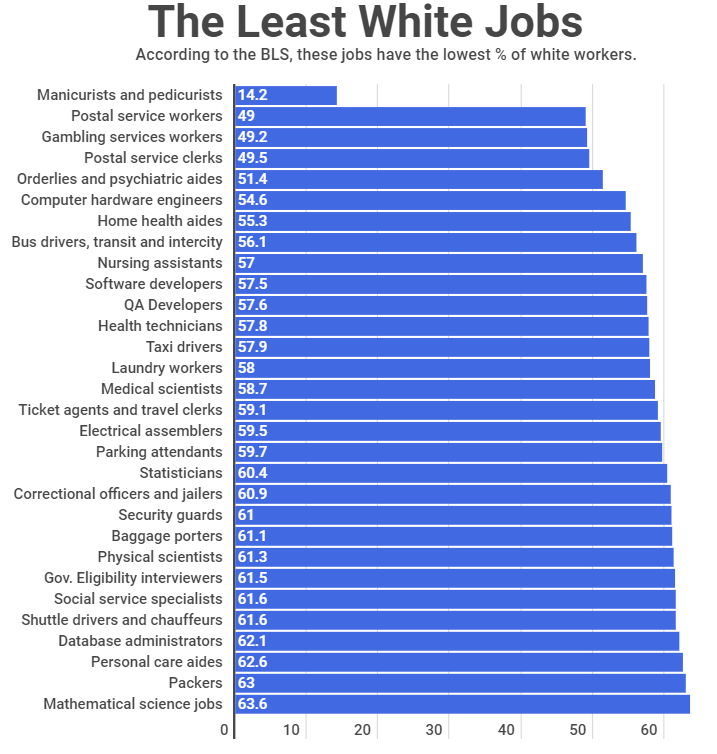 This data comes from the BLS’ most recent report on racial makeup by occupation.

We simply sorted the data by percentage of white workers to find the “whitest jobs”, and the opposite to highlight the jobs with the least white workers.

80% of workers in CNBC Workforce Survey say that they want to work for a company that values diversity, equity and inclusion. Yet, many companies, teams, and professions remain fairly homogenous.

While some of the disproportionate racial makeups can be attributed to geography or other innocuous factors, many are a result of deeper societal issues.

Access to higher education and discrimination, both in society and the job hunting process, are among just a few of the factors that shape who holds what job.

Ultimately, there is a need and desire for more diversity in many professions. However, without a concentrated effort from stakeholders it is unlikely to happen quickly- or even at all.