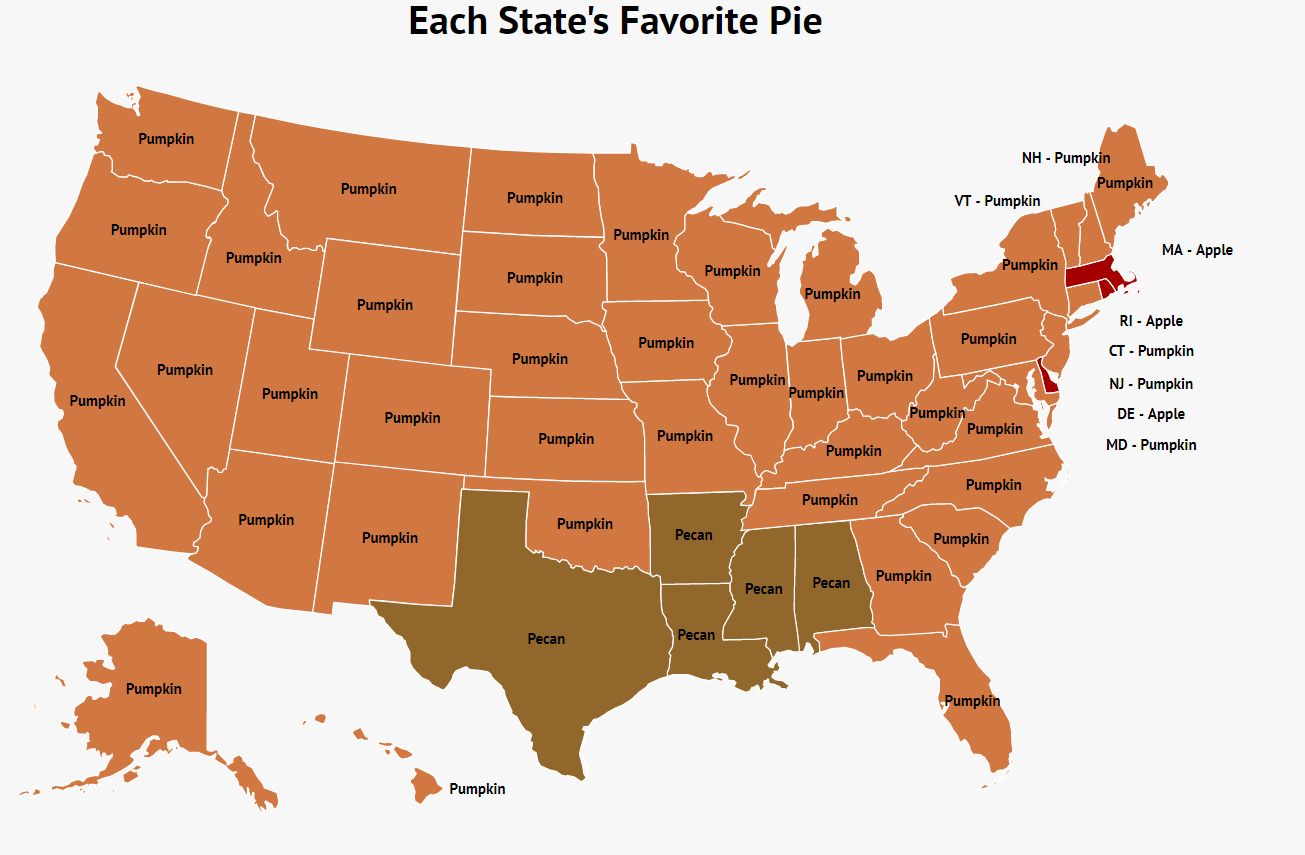 Around 186 million pies are sold each year at just grocery stores, according to the American Pie Council (which is, believe it or not, a totally real organization.)

Of course, the biggest pie day of the year is approaching, Thanksgiving.

Since pies are big jobs and big dollars from your paycheck, we set out to answer all the fresh-from-the-oven hot questions involving pie.

Overall pie search volume skyrockets on Thanksgiving day as many cooks try and make the perfect pie, so the only way to accurately determine favorite Thanksgiving pies for 2020 would be to wait until after Thanksgiving.

Using this data we searched a number of pies for general popularity. Overall, while you can make whatever pie you want for Thanksgiving- most folks stick to seasonal favorites and leave the berry pies for summer.

From there, we took the three favorites and only pies to dominate a state (Pumpkin, apple, and pecan) and ran them head to head, creating the beautiful map before yo.

Give ’em pumpkin to talk about

Overall, this undercuts just how close the “pie races” are. Many states were separated by a few measley percentages.

What does this mean for you? The bringer of pies? It means odds are whatever pie you bring will be received with open mouths. However, if I were going by the numbers, I’d pick up a pumpkin pie to make those smiles just a little bigger.

Now, if I were bringing a second pie, I’d make it apple. Unless you’re a Southerner, then it better by pecan or your granny might cry.