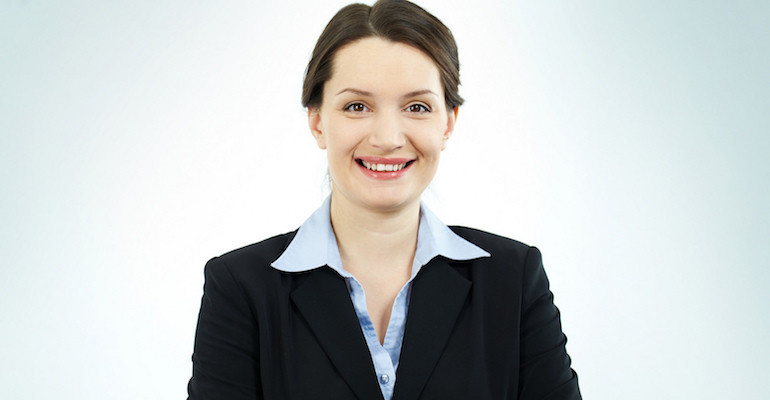 How to Be a Great Boss: 7 Tips

Some bosses, like those in Paul’s stories, are truly great. Others are more like broken analog watches – right twice a day, but horribly wrong the rest of the time. And, honestly, it’s easier to be a bad boss than a good one. And some days we all have to forget about being a great one (or at least before coffee). But one thing that Paul’s stories teach us is that his great bosses especially came through in great moments. Here are 7 tips to creating those moments that will set you on the path to greatness.

I know someone who is an amazing technologist. At the beginning of her career, she said the best thing that ever happened at two jobs in a row was when she was given “enough rope to hang herself.” In other words, her bosses, frustrated by one aspect of her performance or another, would throw her a GIANT task that they didn’t expect her to complete so that they could fire her. At that point, she would step up and become a valued member of the team.

If you’re a go-getter (and you probably are if you’ve been promoted to management or run a company), employees like this might confuse you. Employees who need to be tossed a giant rock before they pick anything up. Employees who don’t warrant huge responsibility on the surface don’t get a chance to step up. And if you don’t think they warrant the chance, they probably need to be pushed (like my friend). Toss them the rock and see what happens. You’ll be nervous about it, but it’ll pay off enough to be more than worth it.

2. Throw them to the wolves sometimes (but be around for rescue)

This one is especially for those of you whose team have to pitch to prospects or do client support. It’s a lot like tossing employees the rock in #1, but the rock can’t torture them as much as a prospect or client can. You can work with them extensively to prepare, but you can’t prepare for everything a human being will throw at them. The best thing to do, then, is to throw them to the wolves but be around for rescue. They’ll have the opportunity to perform with a net and you’ll get the opportunity to extensively coach them. They’ll grow faster than you expect, and you might even discover remarkabe magical client-whispering abilities.

Seems simple, right? But in the heat of the moment, it’s easy to go back on something you’ve said. Whether you agreed to handle a meeting and then decided to throw them to the wolves at the last minute (without asking) or you simply flake on meetings or don’t do what you promised to do, breaking your promises erodes trust. Want to be great? Keep your promises, no matter how inconvenient. And if you can’t, explain and apologize.

4. Show your human side

I once had a boss who was completely incapable of admitting that she ever got anything wrong. When I first started, she diagrammed a process for me to follow to get things done. When I showed her my results, she told me that I’d gotten it all wrong and asked to see my process. When I showed her the process diagrammed in her handwriting, her only response was, “Hmmm. Perhaps that process wasn’t meant to be followed.” In other words, she refused to admit that she had erred. This was hilariously consistent throughout my interactions with her; she wasn’t a great boss.

If you want to be a great boss, you need to show your human side. You need to admit when you’re wrong. You need to admit to having a life outside of work. You need to share the bits of you that aren’t so perfect. This will allow your employees to relate to you . If they can relate to you, they might actually like you and enjoy working for you more. If they enjoy working more, they’re more likely to both be more productive and stay on your team. And all you have to do is show your imperfection and social life.

Great bosses do not believe that the customer is always right and that their reports are wrong.

Great bosses assume that their employee did the right thing and try to get to the bottom of any unfortunate situation. By starting with the “innocent until proven guilty” mindset, you reinforce trust. If your employee feels trusted, they’re happier, more likely to be honest about mistakes they made, and more likely to repair any damage they caused. You also prevent a management vs. employees situation, which can turn ugly fast.

That’s not to say that employees will always be right (humans aren’t), but if they know you have their backs, they’ll trust and respect you.

Yes, you read right. If you have a non-performer on your team and you’re not doing anything about it, you’re not a great manager. Keeping a non-performer around in order to be nice sets a bad standard for others. At minimum, your better performers will feel unappreciated and frustrated and could take that as an excuse to slack off. At worst, you’ll lose your good people because they don’t feel appreciated.

Holding people to high standards isn’t just being a bitch about things. It’s how you build a good team – a team that trusts each other and where the whole is truly greater than the sum of its parts. So if someone isn’t performing, take immediate action.

There’s no such thing as perfection. Sometimes you’ll not trust where you should have (and vice versa). Or maybe you broke a promise. Maybe you lost your temper over a bad client situation. Here at RecruitLoop, we’ve learned one thing: walks are indispensable.

There are two walks you need to have in your arsenal: The “I need to blow off steam in order to be a good boss” individual walk, and the “We’re having trouble so let’s take a walk and get to the bottom of this” walk.

It’s pretty easy to see why you’ll need to blow off steam in order to be a great boss. You need to get your emotions under control, or maybe you need to figure out how to approach a tough situation with an unhappy client or underperforming employee. Individual walks are also great for figuring out any team dynamic problems.

The second kind of walk, where you leave the office with an employee in order to resolve a tough situation, might seem counter-intuitive at first. If you leave your office, you lose your power dynamic (at least if you usually have confrontations where you’re sitting behind your executive desk in your corner office). You also lose the perceived safety that comes from being around the rest of the company – what if the employee really blows up? But these are good things. When you go for a walk, you’re on even footing, and it’s easier to put aside power dynamics and posturing and resolve a tough situation.

I hope these 7 tips will help you raise your game like a boss! What other in-the-moment management techniques have you learned in order to become a great boss?

7 Effective Ways to Reward Your Employees
A Guide to Managing and Maintaining Team Solidarity With a Remote Office [Infographic]
3 Tips to Better Engage a Multi-Generational Workforce
How to Improve Your Employee Value Proposition (EVP) to Attract Candidates
End of Summer & Back to School - What's the Impact?
How to be the Best Boss [Infographic]