Philadelphia (more commonly known as Philly) is a city of firsts. On top of hosting America’s first birthday, it also started up the country’s first daily newspaper—The Philadelphia Packet and Daily Advertiser—in 1784.

The city is also home to America’s first zoo, first hospital, and the first medical school.

If you’re more of a foodie, Philly is also home to the annual Wing Bowl, an eating contest that draws crowds as large as 20,000 people. The eating competition, which starts at 5:30 a.m., features two 14-minute rounds of wing-eating followed by a 2-minute final lightning round.

Interestingly, however, Philadelphia Cream Cheese is not from Philadelphia. It’s not made in Philly now, nor was it at any point in its 135-year history.

One person that does come from Philly is Jeff Rucinski – one of the newest recruiters to join the RecruitLoop community. And today we shine the spotlight on him. 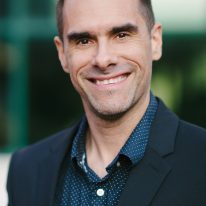 The variety of possibilities, and the diversity of open roles.

The ability to have work sent to you.

Because it allows companies to seek the exact type of help they need in a marketplace.

I love playing and watching tennis; as well as football, and basketball. I also enjoy cooking.

That have played tennis since I was 8 years old, and through College.