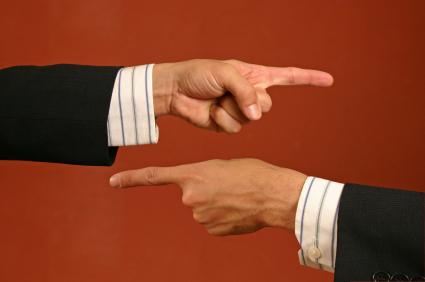 Personal liability in the workplace: Should you be afraid?

Editors Note:
This is a guest post written by Edward Mallett, Managing Director of Employsure. His opinions are his own.

I don’t want to be a scaremonger, but did you know that directors can be held personally liable for breaches of the Fair Work Act 2009?

Perhaps more worryingly, the personal liability provisions are so broad you need not even be a director to trigger them. Staff could also be personally liable for contraventions, as could external advisers. This startling provision is tucked away towards the end of the Fair Work Act and, it is fair to say, has not been well publicised.

Here are some examples of the consequences of the provision. If an HR manager provided their opinion to a managing director on how an award should be interpreted and that view was then discussed and approved at board level, then every single person in that chain of events could be found personally liable if the view turned out to be wrong.

Even more simply, if an employee asked their boss or manager what their leave entitlement under the National Employment Standards was and the manager responded incorrectly, s/he could then be held personally liable for that error.

This is amazing when you think about it. It completely circumvents the contractual relationship between an employer and employee, meaning that the buck does not stop with the employer when something goes wrong.

The exposure is not hypothetical. In a recent case, an HR manager was found personally liable for a sham contracting arrangement at work. More usually, directors find themselves in the firing line for penalties when their companies have been wound up and a claim is made under the Fair Work Act.

Why, When and How Should You Suspend an Employee?
Case Study: A Consultancy’s Innovative Interview Process
What These 5 Companies Can Teach You About Internal Branding
12 Reasons Why You Should Let Your Employees Play Games [Infographic]
4 Ways Your Office Design Can Help Entice Prospective Hires
7 Ways to Provide Your Interns With a Valuable Experience