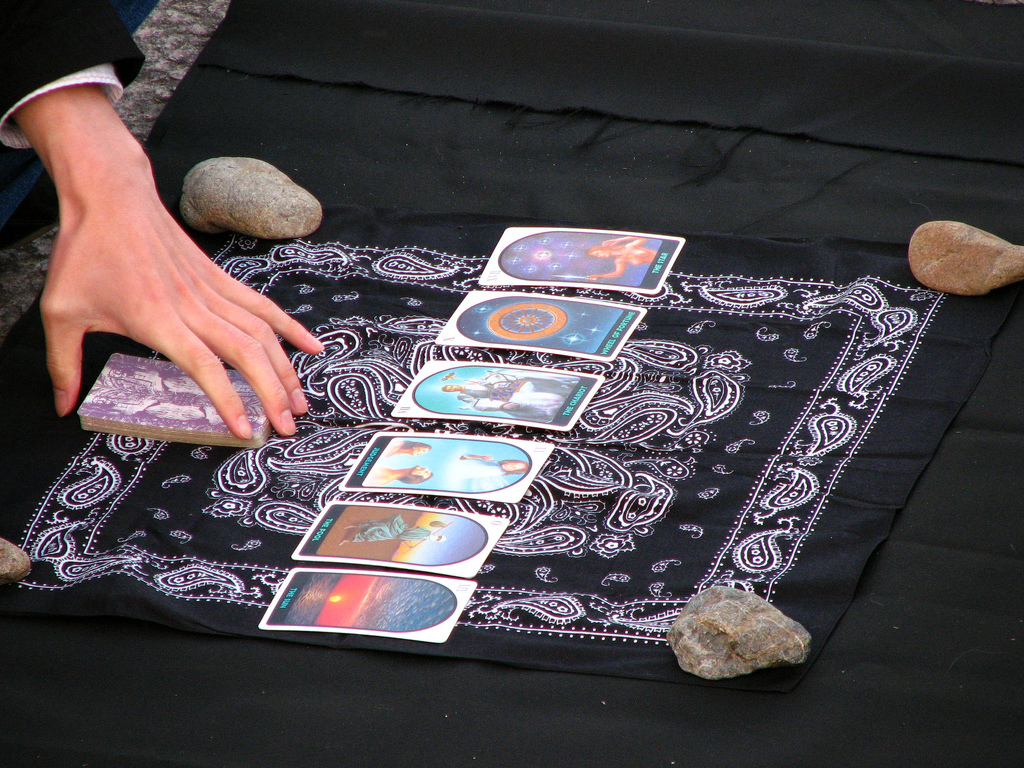 Your Prospects Are Not Psychic

Editors Note: This guest post by Chris Beall – CEO of ConnectAndSell – originally appeared on LinkedIn. His opinions are his own.

One should always hesitate before pronouncing something “the best,” and be even more circumspect before saying “the worst.” But what the heck?

The worst thing I hear sales reps say to open a cold call is “Did you have a chance to read my email?“

I know why reps do this. It feels like they aren’t going in cold. I have read many comments and even whole articles suggesting that spamming (Sorry! I meant “educating with insights.”) targeted prospects will “warm them up” and turn those nasty cold calls into warm calls.

It is true that if the rep is sufficiently weak on the phone, which is fairly popular, he or she might feel a tad more confident in the utterly unfounded belief that the prospect has read their, or their robot’s, brilliant, highly differentiated email. (Wait! Did I just write “robot” and “differentiated” in the same sentence?) But that confidence evaporates quickly in the awkward pause that follows “No. Never saw it.” Or worse.

Now what? Maybe take advantage of the pre-call research that the rep spent “3 minutes” doing? (Actually 20 minutes, as there is nothing like pre-call research to justify procrastination. We’re talking real reps here, not robots.) The rep could say something about the prospect’s company (“Companies in the rat extermination business use us to …”), or the school the prospect went to (“I once flew over Tempe. Isn’t that where Arizona State is?”), or something else the prospect already knows about themselves. Or their dog. Or kids. Or something else equally lame.

Here’s something I have not yet heard in response to that opening question:

“Gosh, Susie, I’m so glad you called to talk to me about that great email you sent me. And thanks for telling me what school I went to. When can we meet?”

Let’s face it. When you cold-call someone, for a brief moment you are the show. If it were just about them, they wouldn’t have answered the phone. Calling it something other than what it is — a cold call, aka “first conversation with an invisible stranger” — doesn’t change the fact that your prospects aren’t psychic.

They don’t know why you called: it’s up to you to tell them. You haven’t earned the right to ask a bunch of probing questions yet; nor are they likely to want to rush from answering the phone to an immediate deep exploration of their painful needs, fears, and hopes.

No, you are stuck having to actually tell them why you interrupted them. They are not psychic, so you will have to “use your words.”

If you’ve got the time…

But first, you will do best if you ask the prospect for the time needed to tell them why you called. That means you need to know how long that will take.

Shorter is better than longer. I like 27 seconds. Whatever you ask for, you are much better off skipping the part where you insult their intelligence by throwing in some hustler-words, like “quick” or “brief.” Be brave and honest! Just say, “Can I have 27 seconds to tell you why I called?” A “yes” starts the clock; a “no” frees both of you to move on. (Although you would be wise at this point to set a follow-up persistence cycle with a new script: “When we spoke on  you were too busy to talk. Is now a better time?”)

The clock is ticking, so you’d better have something prepared to say, and it’d better be “why you called.” You have just enough time to set the scene with a powerful value statement that resonates with the qualified and that leaves the unqualified cold, and to ask for a scheduled meeting of definite duration. (15 minutes has lots of advantages.) And that’s it.

At this point, you need some skill dealing with the four outcomes of a cold call: Yes, No, Not me, Not now.

Repeat the above 25 times per day, and your calendar will fill up with legitimate, scheduled conversations with intrinsically qualified people, who will take the time to engage with you because they blocked that time.

Make sure you group your lists by your breakthrough value hypotheses, if you happen to have more than one. (For real, not just because making more lists is a great way to avoid talking to invisible strangers.) And your persistence lists (referrals and follow-ups), which are true “warm calls,” will fill as well.

Your pipeline will always be deep and rich with future targeted conversations with non-psychic prospects who, because you stopped with the unfounded assumptions, actually know why they are continuing the conversation.

5 Ways to Encourage IT Specialists to Work Effectively
Social Media and Customer Service [Infographic]
5 Personal Goal Setting Tips For Business Owners
Pro Email Marketing Tips from the Experts [Infographic]
How to Hire a Professional Content Writer for Your Business
How to Manage Millennials: 8 Ways to do it Right [Infographic]