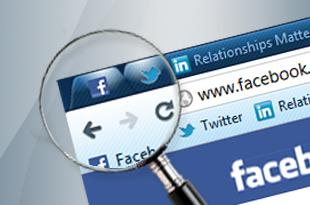 With all the social media sites available today, it is still critical to verbally validate a potential employee’s past experience with a previous employer.

There’s no denying, however, that a lot can be deduced about someone from a bit of quick searching in the public domain. Facebook, Twitter, and personal blogs can show the entire history of someone’s online ‘existence’.

The question is, how much of the information gleaned from social sites should you base your decisions on? How do you strike a balance?

Phoning previous employers can often be unproductive, as many prefer to give a positive response rather than offer criticism over the phone. This is called the ‘halo effect’. It also takes hours of time to request the call, find a time that suits, then actually connect with the right person.

So, where verbal confirmation can’t be relied upon, many employers are now turning to the internet. Social networking sites can ‘red flag’ undesirable characteristics such as violent tendencies, bad-mouthing previous employers, sexist or racist attitudes or excessive use of social media on company time.

But there’s also a downside to these kinds of ‘character checks’:

Perhaps a better balance when reference checking would be to hire a third party who would:

Whether we like it or not, character checking through social media is here to stay, so we need to find a better balance between that and traditional methods of information gathering.

Perhaps if we rely less on data which is one step removed from the candidate and improve our data gathering from the candidates themselves (i.e. interviewing them first, obtaining a work sample etc), then we would be more likely to make better hiring decisions, while reducing the risk of legal challenge.