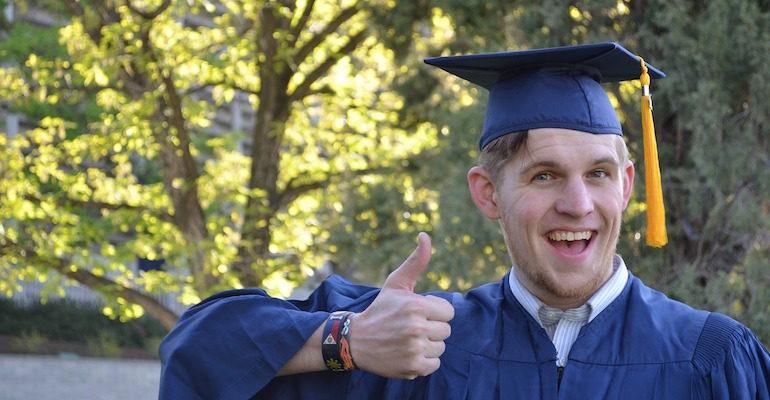 What You Need to Know When Recruiting Generation Z

Editor’s Note: This is a guest post by Marry McAleavey from Essay Service. Her opinions are her own.

Everyone is always talking about the Millennials. How to engage them; what they expect from their careers; and how to structure your recruiting plans to work for them. And, while you’re still trying to figure them out, a new age of people entering the workforce is upon us.

Born between 1990 and 1999, Generation Z is about to disrupt the workforce.

As a recruiter, it’s important for you to understand what makes this generation so incredibly different than anyone that came before them into the workforce. The unique traits of Generation Z will surprise, frustrate, and inspire you.

Here’s how to up your game before this group graduates from college:

What makes Generation Z so different from everyone before them?

You thought the Millennial crowd was an alien breed, and now you’re about to meet an entire generation that will tip the scales. According to a Robert Half study, released late last year, Get Ready for Generation Z, this is what makes them different in the workplace. 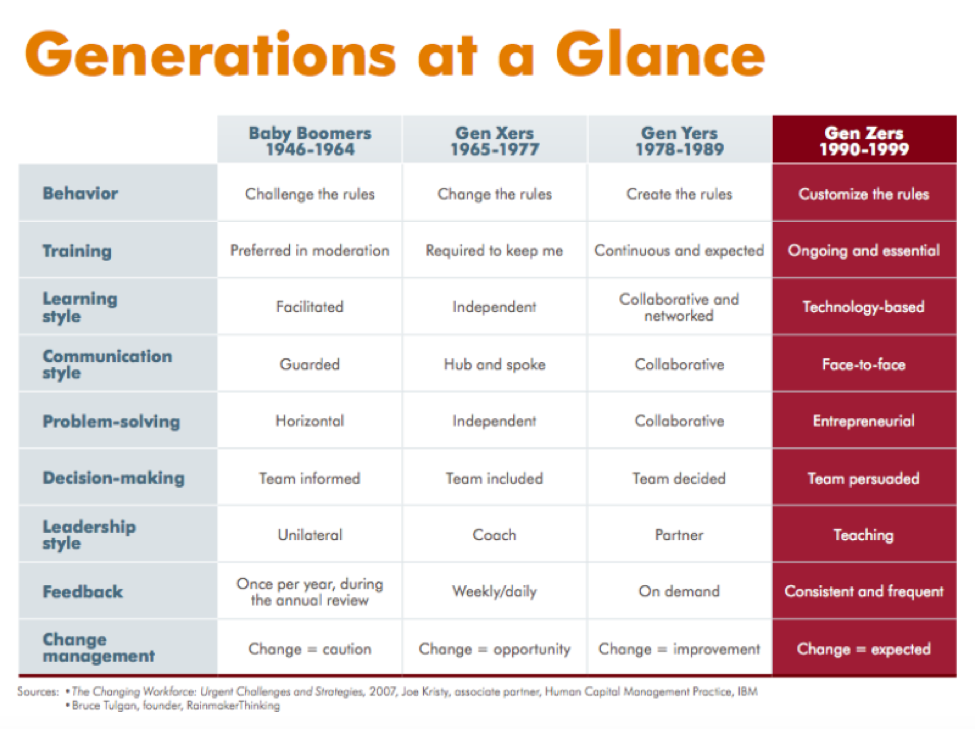 Generation Z is ready to dive in and do the work, but they may not take the job if it doesn’t clearly provide a career opportunity. That said, when you’re recruiting (unless you see a distinct focus on retail industries in the resume) save the seasonal positions at Target for the Millennials. Generation Z will be looking for something that not only educates them for future ventures, but provides a lot of room for growth.

In short, rather than thinking, “How can I apply my skills to help this company?” they are instead asking how the job can work for them, to help them meet their goals. You can apply this information by knowing to ask your Generation Z recruits what their long term goals are and how they think your organization can help them get there. That’s how you’re going to find out what you need to know to see if they are a good fit for your position.

You may want to re-assess your authenticity

Another thing that the Robert Half survey found about Generation Z is that authenticity was a huge factor for their working relationship with a company. After they find out what you can do for them, they want to know if you’re “real.”

So, being transparent in your communications will probably get you a lot farther than withholding information to try to make something out to be anything other than what it is.

You may have already guessed that Generation Z wants career opportunity first and salary second. So, you may be able to sell a position by selling the pay structure after you explain the growth opportunities.

As long as you are truthful about what you’re offering, this is probably the best approach to keep their attention. Although it may seem a little high, this group is expecting to make, on average, $47,000 per year when they walk out of college. If you aren’t offering that salary or higher, make sure you explain to your Gen Z recruits exactly what it would take to get there.

Remember these ‘kids’ grew up in an economically shaken era, and seem to have more in common with those raised during the depression. Many of them have watched their families go through financial hardships, including the Global Financial Crisis of 2008, from which we are only now recovering from.

They want to overcome the struggles they’ve grown up with. This could indicate a drive for them to push harder than some of the preceding generations, which is great news for employers.

What Gen Z expects vs the likely reality

The survey from Robert Half suggests that ⅓ to nearly ½ of Generation Z is expecting to work at a mid- to large-sized company. However, they likely don’t understand how unsuccessfully entrepreneurially-minded workers do in companies of that size.

It is predicted that most of them will then end up leaving the larger companies to be part of smaller ventures and into situations where they feel more respected than what a sizeable corporation offers.

So, in the future, if you see an opening for a Gen Z in a smaller company, while their resume reflects the fact that they’re coming from a bigger institution, this could signal that the recruit is likely to stay on a more long-term basis. On the other side of the coin, placing them in entry-level positions at large companies may not lead to long term work.

This group has a desire to be socially conscious

When you’re recruiting Generation Z to the workforce, it’s a good idea to highlight some of the philanthropic ventures your company is involved in. These kids are super likely to eat that up (just like their predecessors – the Millennials). They have a strong desire to be a part of social and environmental movements, after all; what better way to do this than through the company you spend 40 hours per week with?

Here are the 5 rules for recruiting Generation Z:

1. Show up and be highly engaged in the hiring process

Not only will this show that you are serious about hiring, but it will reflect the engagement that the Gen Zer is likely to experience once working for the company you represent. Engagement is very attractive, as it hints at the consistent, continual feedback that this group expects once hired. If you don’t show this, it will be all too easy for this group to slip right out of your fingers to the next company who shows that they care.

2. Showcase examples of integrity as you weave through communications

Without sounding arrogant, go ahead and toot your own horn, but express your righteousness as a responsibility, not a bragging right. Let the Gen Z recruit know that you will expect this trait from them as well, whether it be honesty or helpfulness. You’re not really “telling them what to do,” though, this is more of a precautionary tactic to let them know you’re not trying to trick them into anything or get involved in deceptive business practices.

Dig around for the best example you have positioning your company as a true philanthropic organization. Let the recruit know that this is what they’re about to start contributing to. This is something that will be very important to them. Without a worthy cause, there may not be enough to keep their motivation long enough to complete a project, let alone stay on board for several years.

4. Show them what you’re really offering

Interview face-to-face when you can, or use video as opposed to phone. These kids are after in person communication, and will appreciate that they get to visually and physically experience a taste of the organization you represent. If you’re recruiting long distance, for example, video is the best way to create a hands-on experience. But, if you’re interviewing a Gen Zer who lives in your city, you’ll do best to invite them into the office for your meeting.

5. Consider retention while you are working on recruitment

As you have learned, these recruits aren’t necessarily the best candidates for long term employment at a large sized company. So, when you find serious talent in a Gen Zer, think hard about what might have to happen in order to keep them. Save yourself, and the applicant some time, and try to make the most of the predictions in store for these guys as they enter the worldwide workforce. You will need to take the expected turnover rates very seriously with this group.

[Bonus]: If you meet a brilliant mind, try your best to hold onto them

Steve Jobs was ahead of his time, and he had been recently fired before going on to become one of the biggest names in the tech industry. With the speed at which technology is changing the world, you’re going to need the kids on board who grew up with this. It’s still foreign to everyone else.

Generation Z has several outstanding traits that make them different from previous generations. Above all else they are looking for career opportunity in a job. When recruiting them, authenticity needs to be a high priority for you. When you can’t offer a $47,000 starting salary, be sure to tell the candidate what they will need to do to build up to the point when they will be able to make this much; they grew up in a broken economy, and yearn to rise above it.

They may be likely to leave big companies after a time, so take this into consideration when recruiting for the best chance at a successful working relationship. Understand the need for social involvement as you follow the rules laid out for successful recruiting.

Get ready to see the international workforce recreated as this new generation enters.

10 Tools for Sourcing Candidates by the Hundreds
12 Ways to Get Recruiters Gagging For Your Business
The Workplace of the Future – How to Hire and What to Invest In
Are Recruiters ‘Luddites’ When It Comes To Technology?
5 Tips to Ensure You Evaluate Candidates Consistently
6 Ways to Ensure Your New Recruit Isn't a Dropout