Here Are The Best Job Markets In America For 2019

Here are the cities where finding a job is easiest.

Job hunting is no fun. From trying to craft the perfect cover letter, to searching for the right position, and gearing up for the big interview, the whole process can be more than a little stress inducing.

However, just like your education and occupation, where you are looking for a job can make a drastic difference in the ease and length of your job search. While the economy is booming and unemployment continues to be low, not every city is experiencing the same level of economic growth.

For the second year running, Zippia delved into the data to uncover the cities where it is easiest to get a job. At the bottom is a full list of the 100 top job markets in the US. However, lets start with the best of the best first.

The hottest job markets are spread throughout the country- with the top 10 having locations on both coasts, the midwest, and the south. This is great news, because as lovely as Charlottesville may be, if we all moved there it might get a little crowded. 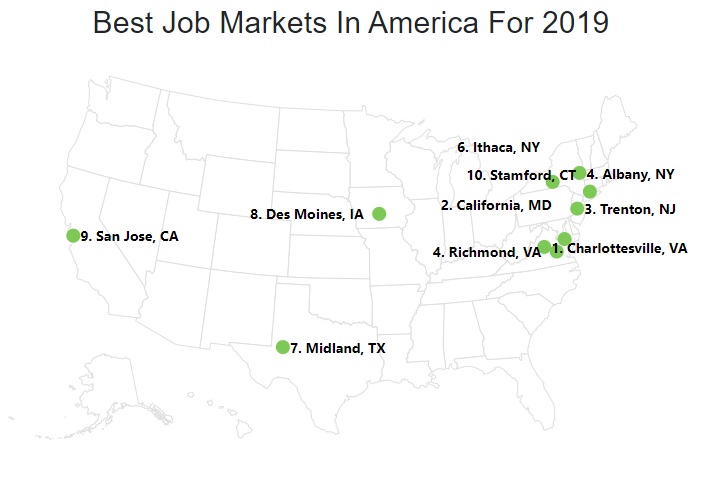 How We Determined The Best Job Markets In 2019

We used the most recent Bureau of Labor Statistics to pull data for 377 different metro areas.

Each region was ranked 1 to 377 in four categories:

The lower the score in each category the better. For example, Ocean City, NJ saw a 1.4% drop in unemployment, earning it the #1 spot in ‘Change In Unemployment Rate. The four ranked categories were then averaged together to produce our final list. The final list ranked the 377 metro areas 1 to 377. Once again, the lower the score, the stronger the job market.

We did not take into account cost of living when producing this list, as our main goal was to show labor movement. However, cost of living can vary dramatically by region and is an important factor to examine when contemplating a move. A significant contributing factor to Charlottesville’s #1 rank is its sizable increase in average salary year over year. The 2018 average wage of $58,327 increased $11,174 from the 2017 average wage. That is a nice jump! 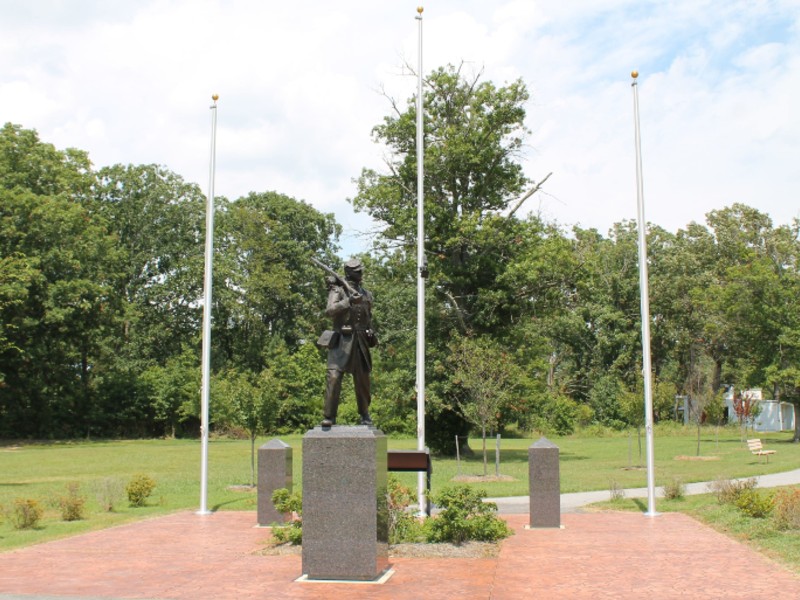 The California-Lexington Park metro area in Maryland has a dense, suburban feel, making it an attractive option for many.

The main employers in the California-Lexington Park metro area are St. Mary’s College of Maryland and the government, with many residents working as defense contractors.

The New Jersey Capital comes in at #3 thanks to a high average salary (#8 of all metro-areas) and a rapidly dropping unemployment rate.

The largest employer in Trenton is the government of New Jersey. The metro area surrounding the New York state capital comes in at #4. While government jobs still account for a decent chunk of employees, Albany is known for its thriving tech scene. The technology scene is supported by universities that help fuel the local economy.

Just 72 miles away from Charlottesville, Richmond is a booming alternative for those who prefer a more urban environment.

Six Fortune 500 companies currently call Richmond home, while others have a large presence in the southern city. In addition, Richmond is home to the Virginia BioTechnology Research Park, a rapidly growing incubator for biotechnology and pharmaceutical companies. Nestled in New York’s Finger Lakes region, Ithaca is the smallest city to make the top 10.

While this Texas town may be one of the smaller towns on the list, it has a lot to offer job hunters.

The city’s economy is closely linked to the petroleum industry and can experience related fluctuations.

An additional win, Midland boasts the lowest unemployment rate on the list.

Des Moines has the lowest average salary on the top 10; However, its 2.4% (and dropping) unemployment rate makes Des Moines a great place for job seekers.

In addition, Des Moines is a major center of the US insurance industry, making it a great location for those in the industry. Stamford, CT is home to eight Fortune 500 Companies as of 2019 and a hub for businesses. Stamford is also home to the largest financial district outside of New york itself. With this in mind, the inclusion of the Bridgeport-Stamford-Borwalk metro is hardly surprising.

The annual high annual average wage of $69,488 and consistent economic growth got the region the #10 spot.

There are the top 10 job markets for 2019. Each entry has its own charms and appealing features, in addition to a sizzling hot job market. Check out the full list below to see if your city made the cut: