These Are The 10 Cities With The Highest Demand For Teachers 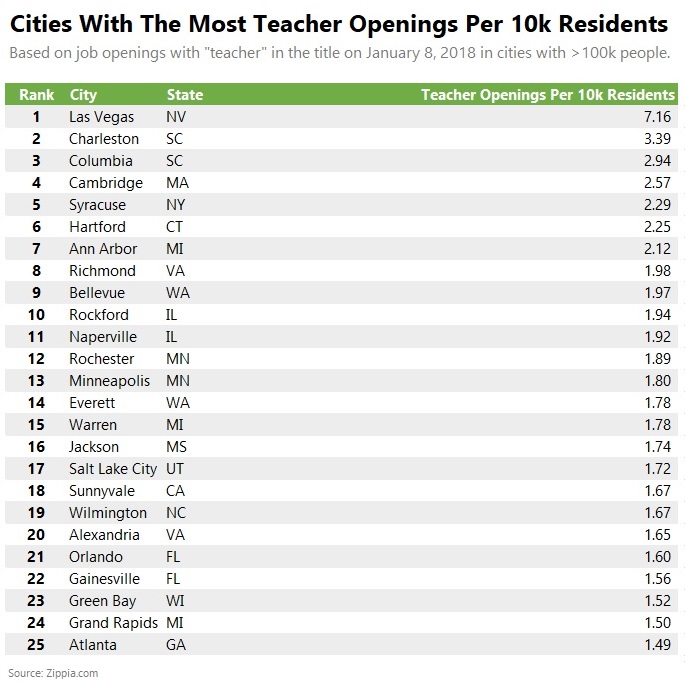 As we begin the second half of the school year, we wanted to paint a picture of the state of the public school system in America.

There are reports from many states that teaching vacancies are on the rise, as teachers are quitting mid year, or simply not showing up to work.

For instance, Arizona has more than 2,000 teaching positions it can’t fill across its 666 districts.

Which major American cities are struggling the worst to fill teaching vacancies? We looked at which cities had the most teaching positions listed, per 10,000 residents.

In order to compile this ranking, we looked at open job postings on Zippia with “teacher” in the title for cities with over 100,000 people on January 8, 2018.

That left us with 301 cities to analyze.

We then divided the number of job requests by the the population and multiplied by 10,000 to get it on a 10,000 person basis. Note that this transformation is done purely for aesthetic reasons — the cities have the same rank on a purely per capita basis.