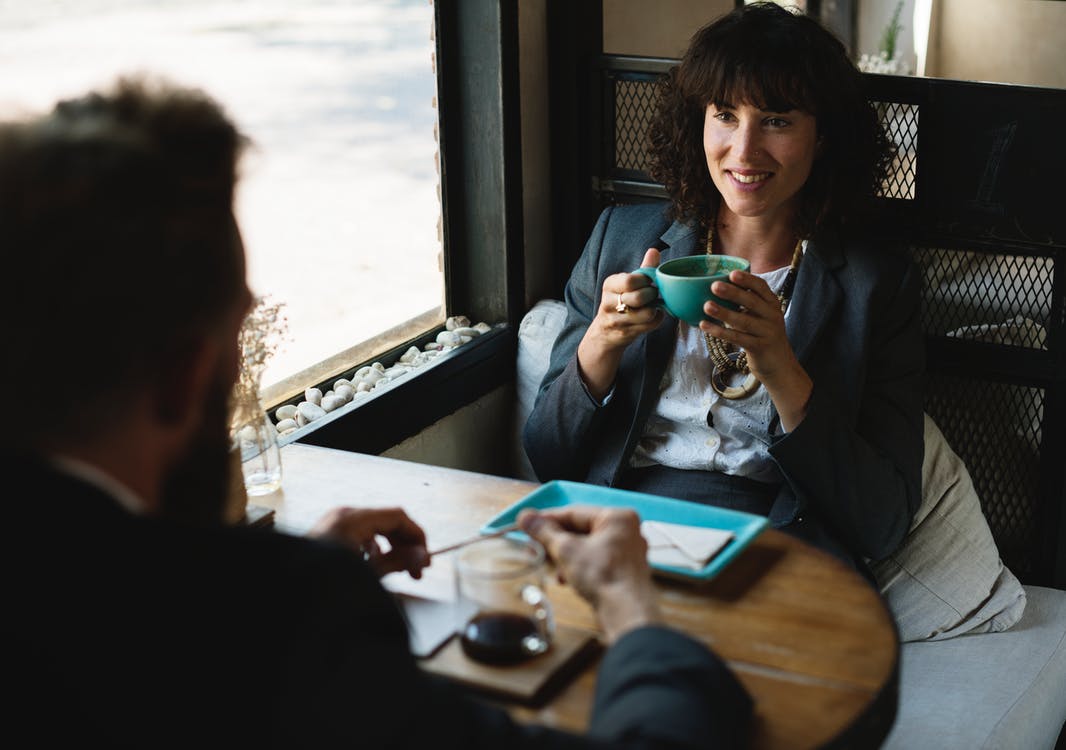 Of all the artful euphemisms that folks in the business world use to dupe or mislead others about their intentions, the phrase “pick your brain” is one of the worst.

On a given day, people with any degree of influence or importance in an industry are going to get asked for advice.

While sometimes this request is less obtrusive than at other times, getting asked the question always represents a big time commitment for what amounts to giving out free advice.

“Why yes, I’d actually love for you to spend a dollar and a half on my coffee while I give you the kind of information that companies pay me hundreds of dollars for.”

But that being said, the general idea — of going to someone with proven experience and asking them for help — isn’t a bad one.

In fact, it might be something you ought to try yourself if you’re just coming up in a new field.

However, it’s important to know that there is a right way and a wrong way to go about making the ask.

And for those who are already getting asked this question far too often for their liking, we’ve also put together some advice on how to handle excessive brain-picking requests.

1. What Does it Mean When Someone Asks to “Pick Your Brain?”

“Thanks for the stale oatmeal cookie and for wasting an hour and a half of my life.”

For the person whose brain is being picked, this presents quite a few issues.

But despite all the annoyance that asking the question can cause someone else, for someone without any industry experience, it can also be the most effective and efficient way to get some much-needed tips and expertise that they would otherwise not have easy access to.

So given the big imposition that brain-picking can be on someone’s time and expenses, what’s the best way to ask someone if you can pick theirs?

2. How to Ask the Question “Can I Pick Your Brain for a Minute?”

First of all, it’s probably best to avoid the “pick your brain” expression entirely.

The phrase has become so cliched and overused that anyone who hears it is bound to associate it with endless meetings and overbearing emails from ambitious young workers.

“I don’t want to keep you too long. I was just hoping you could tell me in excruciating detail what led you to making every decision that got you to where you are today. Are you gonna finish that water?”

When it comes to making the ask, there are a few other useful dos and don’ts you should follow as well:

3. Saying No When You Need To: How To Deal With Someone Who’s Trying To Pick Your Brain

Even if people ask you in the mindful, polite way described above, it’s still possible that you won’t have any time to offer them.

Let’s say you’re a media luminary, some sort of field professional, who on a given day receives dozens of emails from young workers asking you to talk about how you got to where you are today.

“Sorry, hang on, I just got nine more emails from people asking me how they can also get on the 30 Under 30 list. It’s like, buddy, I’m 31. That part of my life is over. I’m just a professional beard model now like everyone else.”

You don’t want to reject these folks, especially if they happen to be people you work with in some capacity, but you really don’t have the time to talk to all of them.

So what do you do?

Here are a few tactics you can take to try to weed out some of the requests you don’t have the time or inclination to take on:

And if all else fails or you find you can’t use any of these excuses — or simply don’t want to — remember that “no” is always an acceptable answer.

This person is asking for you to take a lot of time out of your day. They should be aware of this as well as the fact that “no” is a reasonable response that they could receive.

If they take that badly after all that then, at the end of the day, it’s on them.

Wrapping Up: “Can I pick your brain for a minute?”

Whatever side of the question you’re on, hopefully, this gives you a little insight into how to handle the request more effectively than you might have otherwise.

Despite all the negative hype around these brain-picking sessions, they can still be useful for those who approach them in the right way.

Networking is important, after all, and the person giving advice might find that they have something to gain from talking to someone less experienced — even if it’s just the smug feeling of satisfaction they get from knowing something someone else doesn’t.

“It was great talking to you, Jim. I love reminding myself how smart I am and how much of an idiot everyone around me is.”

Anyhow, whether you’re asking or responding, we wish you the best of luck! Here are some other links to help you on your way:

How to Show Promotions on Your Resume
Resume Buzzwords to Avoid and Which Ones will Help You Get the Job
These 10 Steps Will Help You Answer the Question “What Should I Do With My Life?”