Research Summary. Whether you were on vacation or simply wanted to get around the neighborhood, odds are you’ve used a ridesharing app before. From Uber to Lyft, these popular apps have completely changed how we approach travel in urban areas. When it comes to ridesharing, our extensive research shows that:

For further analysis, we broke down the data in the following ways:
Uber vs. Lyft | Uber Users and Drivers | User | Trends and Projections 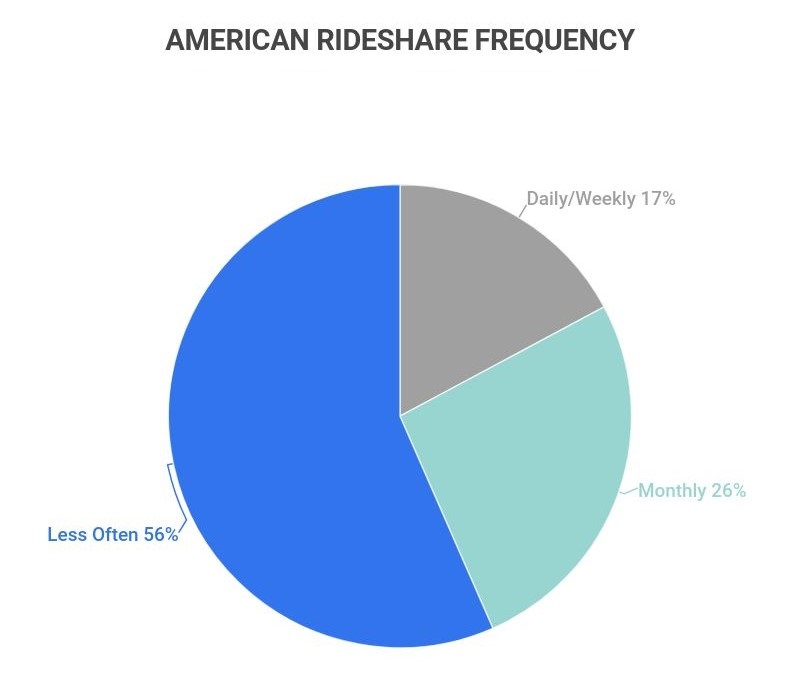 In just over five years, ridesharing has grown from a small industry to a major method of transportation. Here are the facts about ridesharing in the U.S. and across the world:

Though Uber takes up a larger portion of the market than Lyft, both are commonly used in the United States. When it comes to comparing the two, our research shows that: 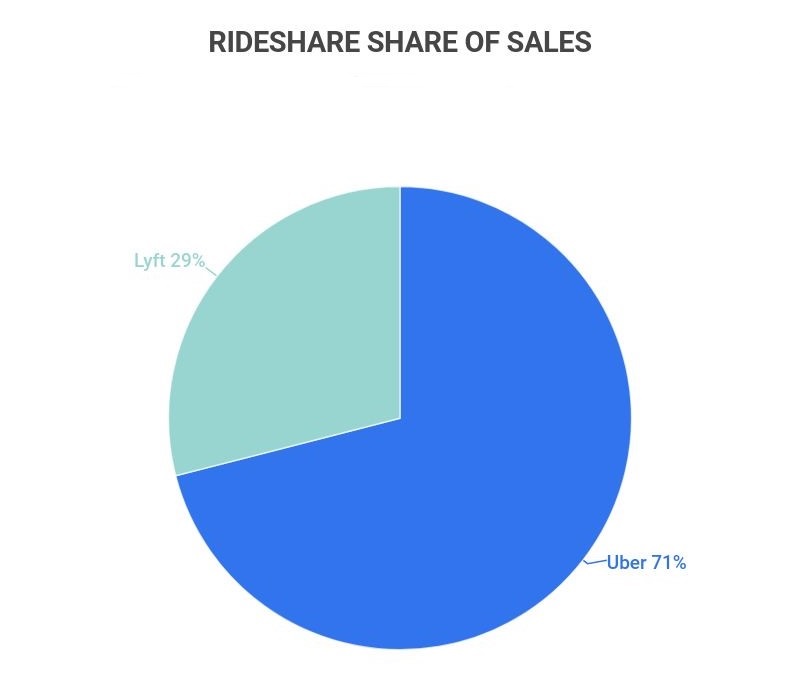 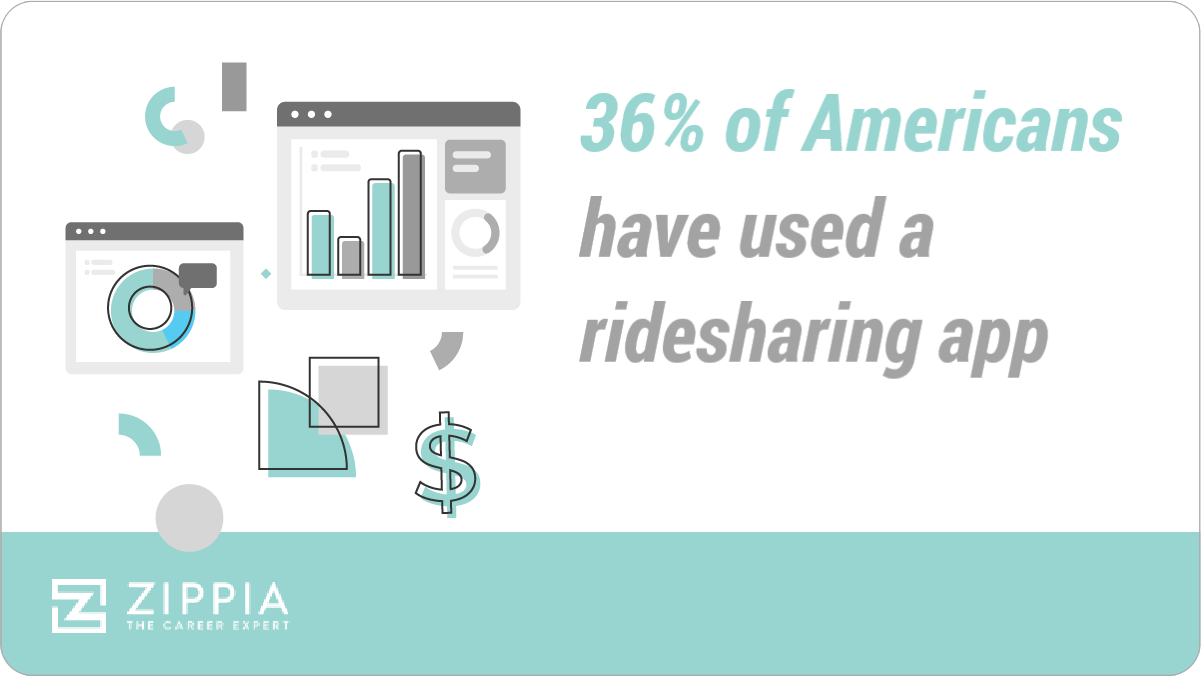 As the largest ridesharing service in the U.S., Uber is becoming a larger and larger part of transportation. This is especially true in the cities, where Uber drivers can account for over 10% of VMT. According to our research:

Ridesharing usage is still heavily divided between certain demographics. After all, locations with less demand will see far less usage. From community to income, here are some facts about ridesharing users: 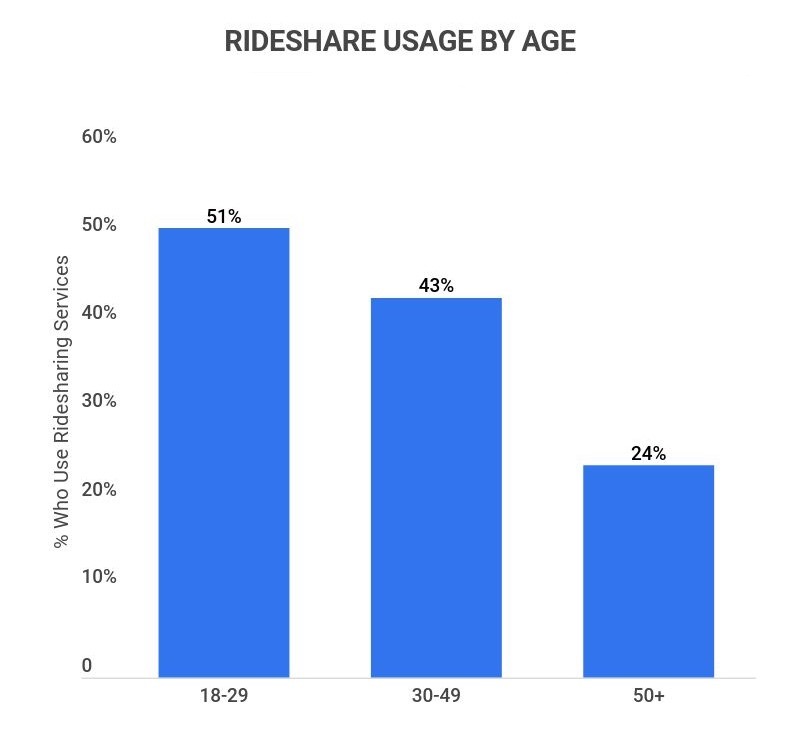 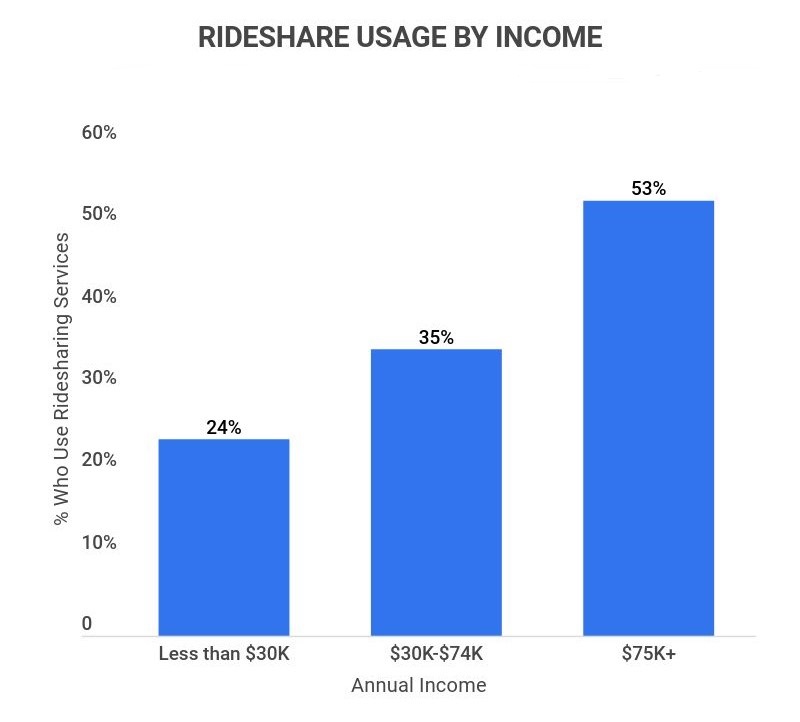 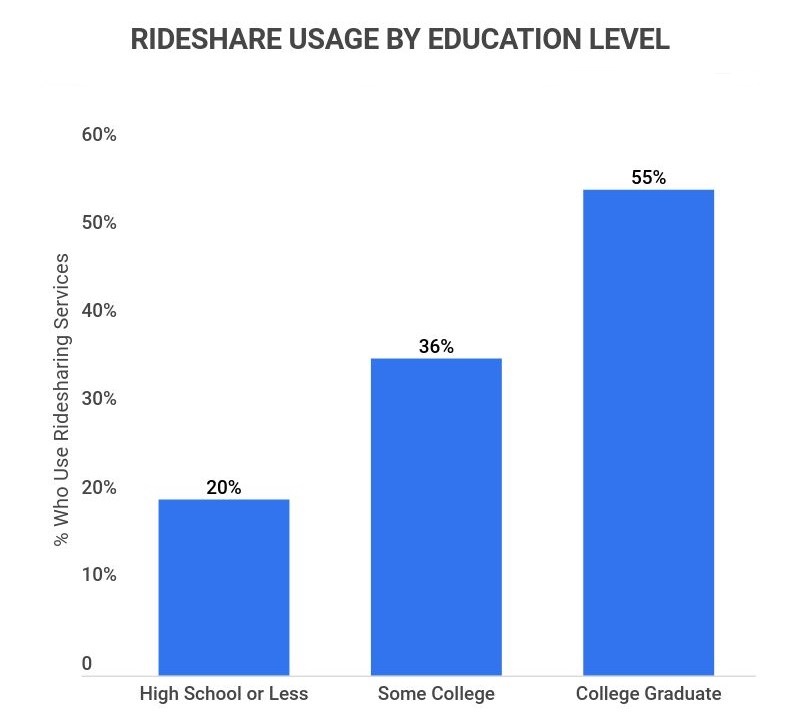 Ridesharing has become exponentially more popular just within the past five years. Of course, while the industry did take a dip in sales during the start of the 2020 COVID-19 Pandemic, it has recovered rapidly. Here are some trends and predictions for the ridesharing industry:

Of course, there are still gaps. While ridesharing has taken off in the cities among younger and highly educated individuals, rural areas and older citizens are still slow to adopt it. The rural-city divide will likely be the most challenging to overcome, as issues like lack of drivers, expensive trips, and private vehicle ownership will make customers less likely to use the service.

Despite that, the ridesharing industry is still expected to have massive and healthy growth in upcoming years. For instance, with a predicted CAGR of 16.6%, the industry’s market value could reach over $185 billion by 2026.

Topics: Get The Job, Guides