40+ Vital Outsourcing Statistics [2022]: How Many Jobs Lost To Outsourcing?

Research Summary. With more and more businesses across the U.S. looking for ways to increase profit margins and cut costs, outsourcing has become a popular business tool for both big and small companies across the nation.

To find out more, our data analysis team gathered an extensive list of United States outsourcing statistics. According to our extensive research:

For further analysis, we broke down the data in the following ways:
Jobs Lost to Outsourcing | Company Size | Common Reasons | Trends | The Economy | Benefits + Issues 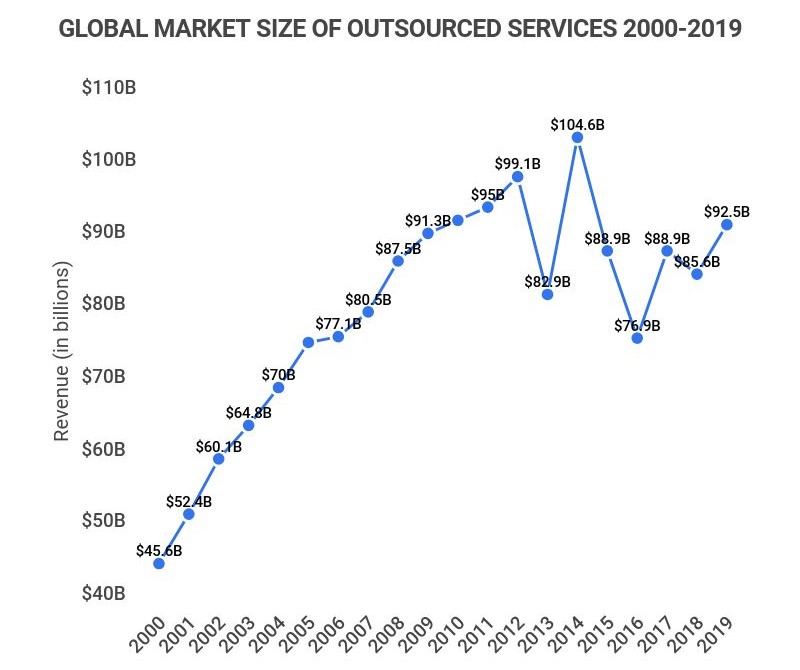 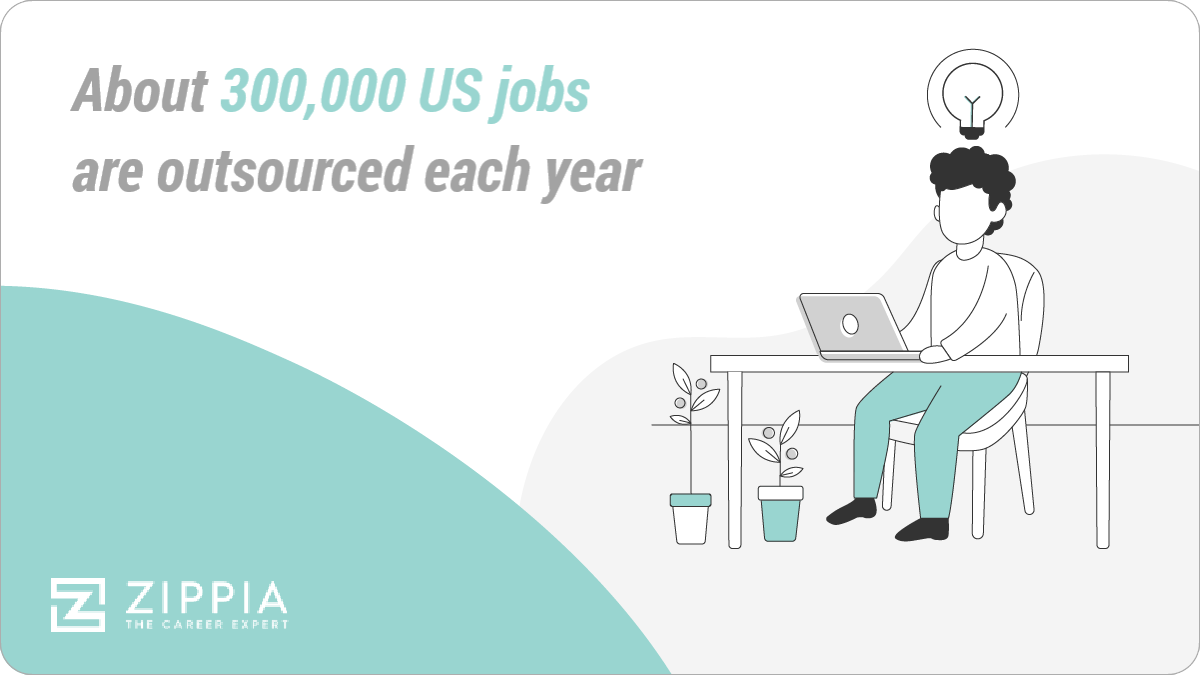 Outsourcing Statistics by Most Common Reasons 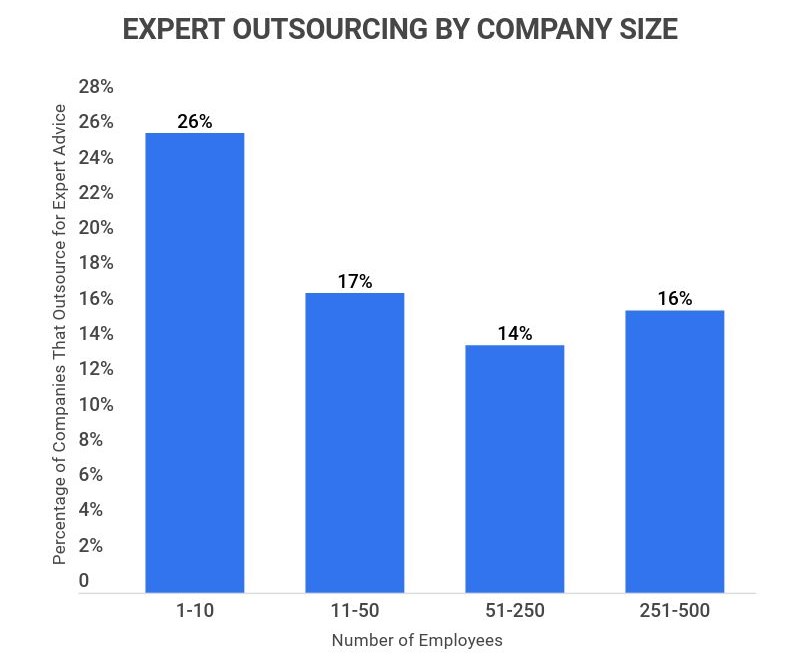 Outsourcing Statistics and the Economy

Outsourcing Statistics by Benefits and Issues 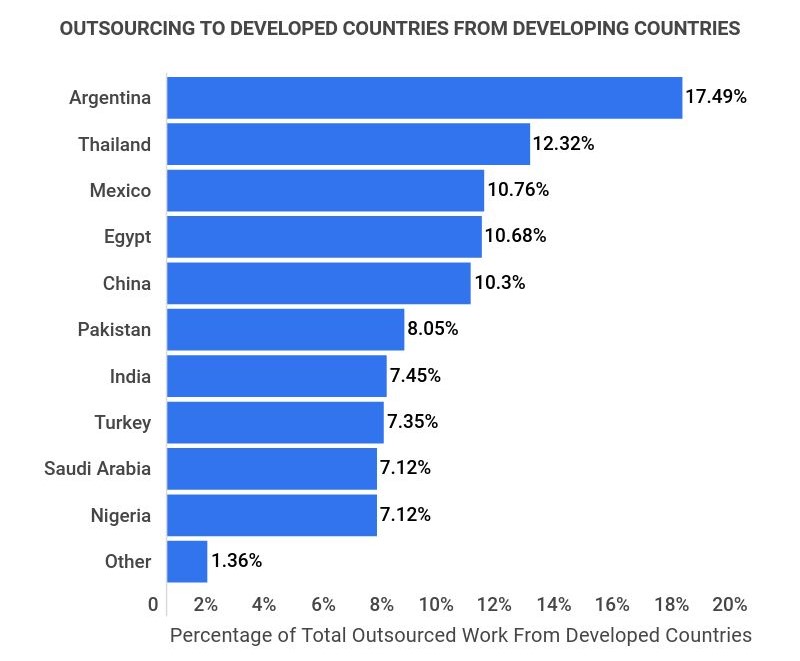 For businesses across the United States and worldwide, outsourcing is a tool for cutting costs, increasing efficiency, and completing specialized tasks. With roughly 66% of American companies outsourcing jobs, the country generates an impressive $62 billion of the outsourcing market’s $92.5 billion global value.

Although outsourcing often equates to losing American jobs, it also significantly helps U.S. businesses. Today, it’s estimated that approximately 300,000 U.S. jobs are outsourced every year, with more than one-fifth of occupations having the potential to be outsourced in the future.

Current data shows that the outsourcing market will continue on an upwards trajectory. Growing at a compound annual growth rate of 4% between now and 2025, the international industry is expected to grow by $40.16 billion by 2025.