20 Vital Smartphone Usage Statistics [2022]: Facts, Data, and Trends On Mobile Use In The U.S.

Research Summary. Each and every day, most of us rely on our phones to communicate, research, and entertain ourselves. We even need our phones to navigate in the car or on foot. With that in mind, it’s unsurprising that cell phone usage has only grown over time.

To find out more about smartphone users in U.S., we’ve gathered all of the most interesting statistics. According to our extensive research:

For further analysis, we broke down the data in the following ways:
Reliance and Addictiveness | Mobile Commerce | Trends and Projections

Given that 85% of U.S. adults own a smartphone, it’s not surprising that they play a pivotal role in everyday life. From briefly checking the weather to perusing Facebook for two hours, our research shows that: 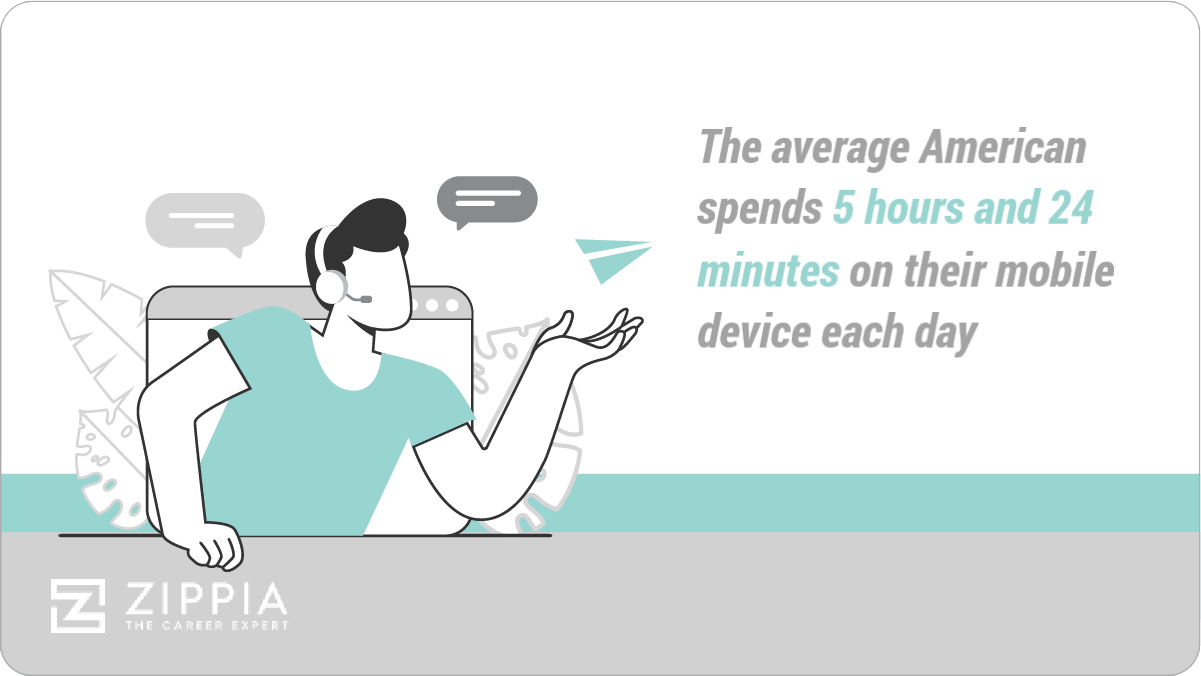 Smartphone Use Statistics by Reliance and Addictiveness

Of course, the integration of smartphones in our everyday lives does come with some negative side effects. Today, we are more reliant on and addicted to mobile devices than ever before. Here are the facts: 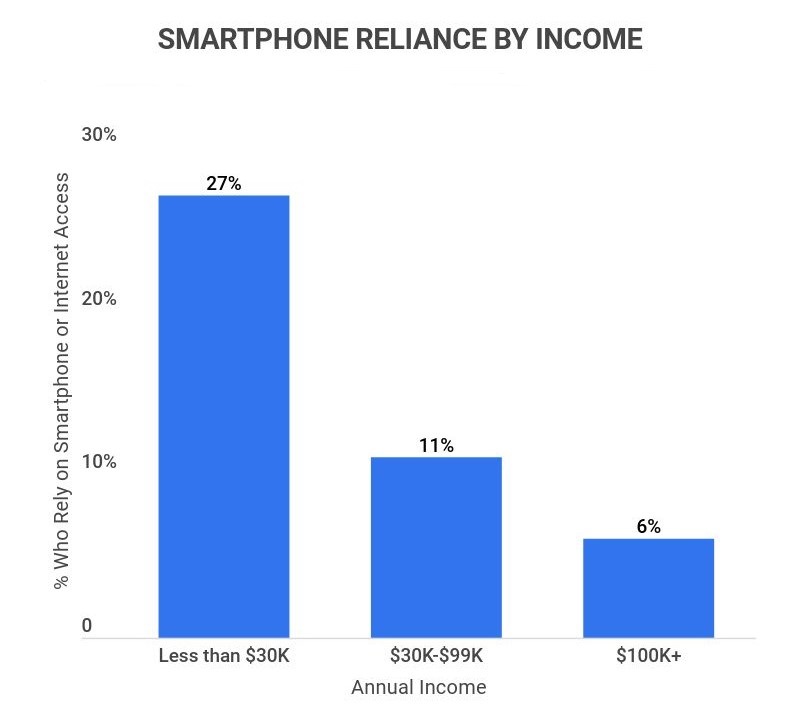 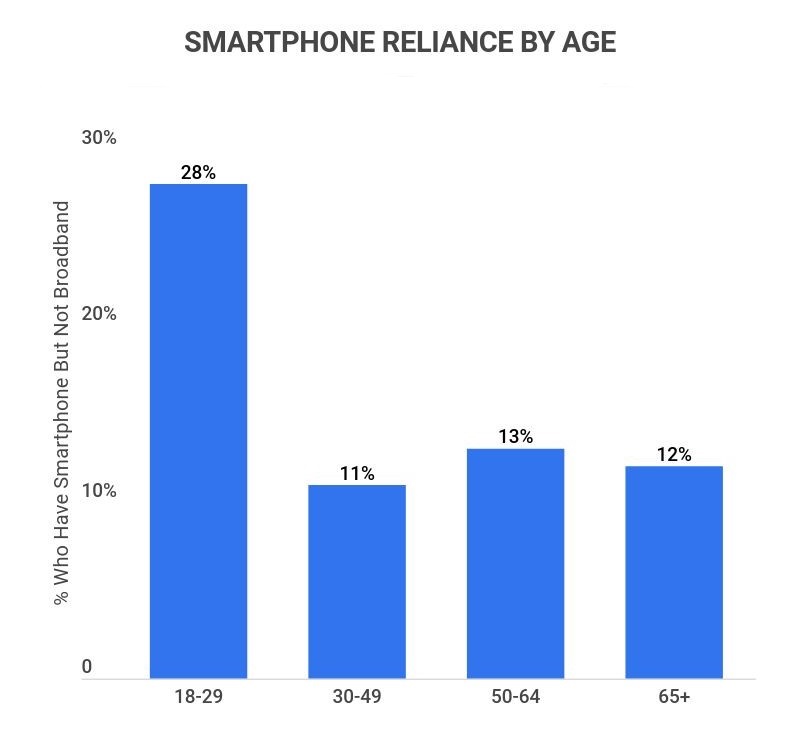 No doubt, the growth of smartphones has had a positive effect on mobile commerce. Especially in the U.S., the mobile commerce industry continues to boom year after year. According to our research: 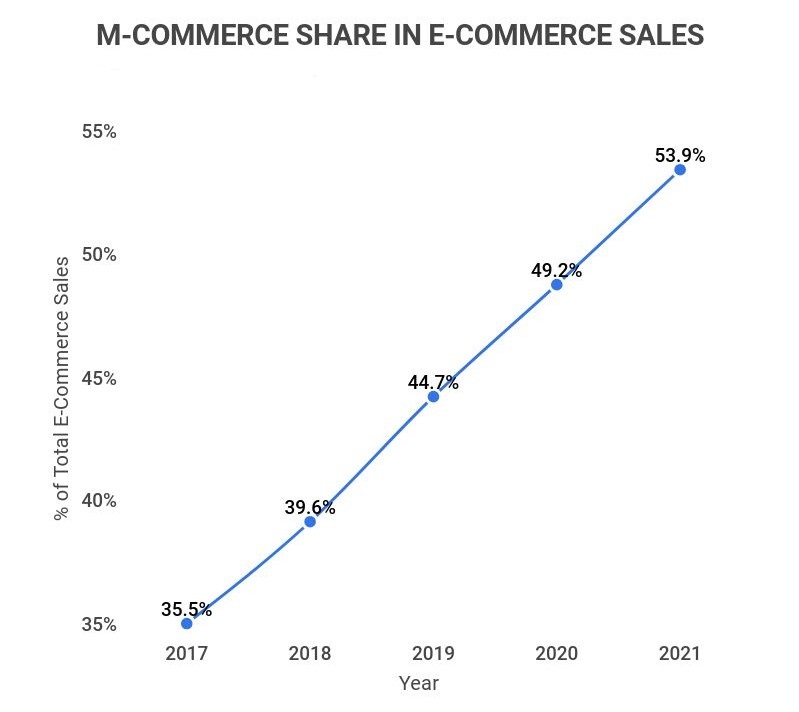 While it might seem obvious that smartphone usage will continue to increase, there are multiple important factors to consider. When it comes to smartphone usage trends and predictions, here’s what we found:

It seems like everyone and their mother has a smartphone nowadays, and that’s because almost everyone does. In fact, 85% of U.S. adults own smartphones, and 86% of the global population does.

And we rely on these devices too, checking them every ten to 12 minutes and spending over five hours using them on average. Believe it or not, over a quarter of those who make $30,000 or less and the same percentage of those between the ages of 18-29 rely on their smartphones for internet access.

And this trend is only expected to continue, as the U.S. e-commerce market is expected to experience a massive CAGR of 34.9% between 2020–2026. Not to mention the simple fact that the amount of time spent using smartphone apps in the U.S. has increased by 25% since 2019.

All of that, combined with the projection that the number of global smartphone users will grow by 12% through 2026, and it’s not hard to see how dominating smartphones really are.

Topics: Get The Job, Guides, Life At Work