Teacher Trends in the U.S. by State 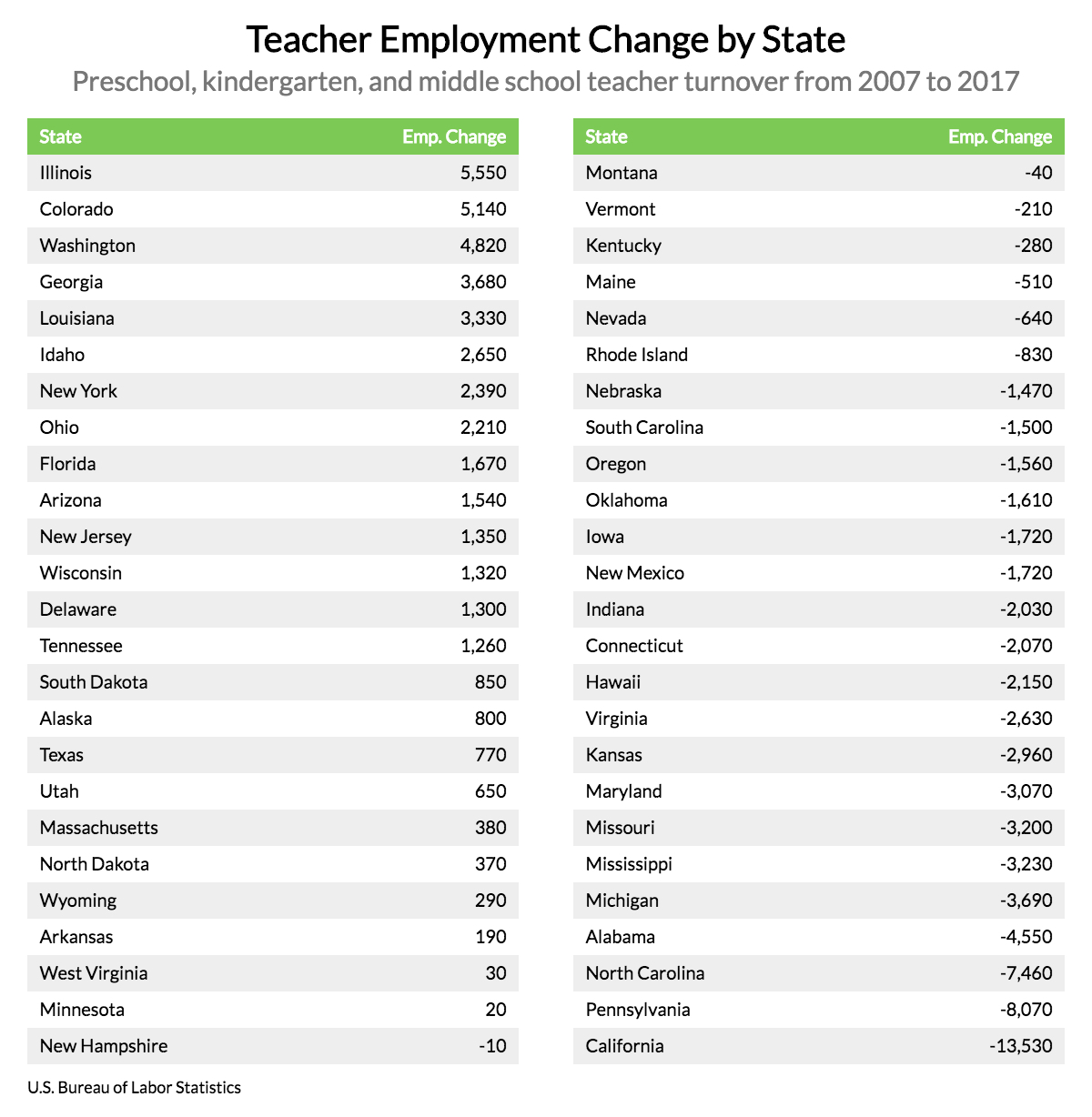 The United States may very well be in the midst of a major teacher shortage.

At least that’s what the latest data from the U.S. Bureau of Labor Statistics seems to show.

According to brand spankin’ new data from BLS’ Occupational Employment Statistics page, the majority of states experienced employment declines of preschool, kindergarten, and middle school teachers from 2007 to 2017.

In fact, the United States experienced a decrease of over 30,000 combined for these three categories.

This trend mirrors an article penned by the Learning Policy Institute nearly two years ago which outlined a possible teacher shortage in the near future.

The article lists factors such as low salaries, low opportunity for advancement, and dissatisfaction with working conditions as likely reasons for teacher attrition.

Still, looking at the numbers lets us know that we need more qualified educators in the classroom. 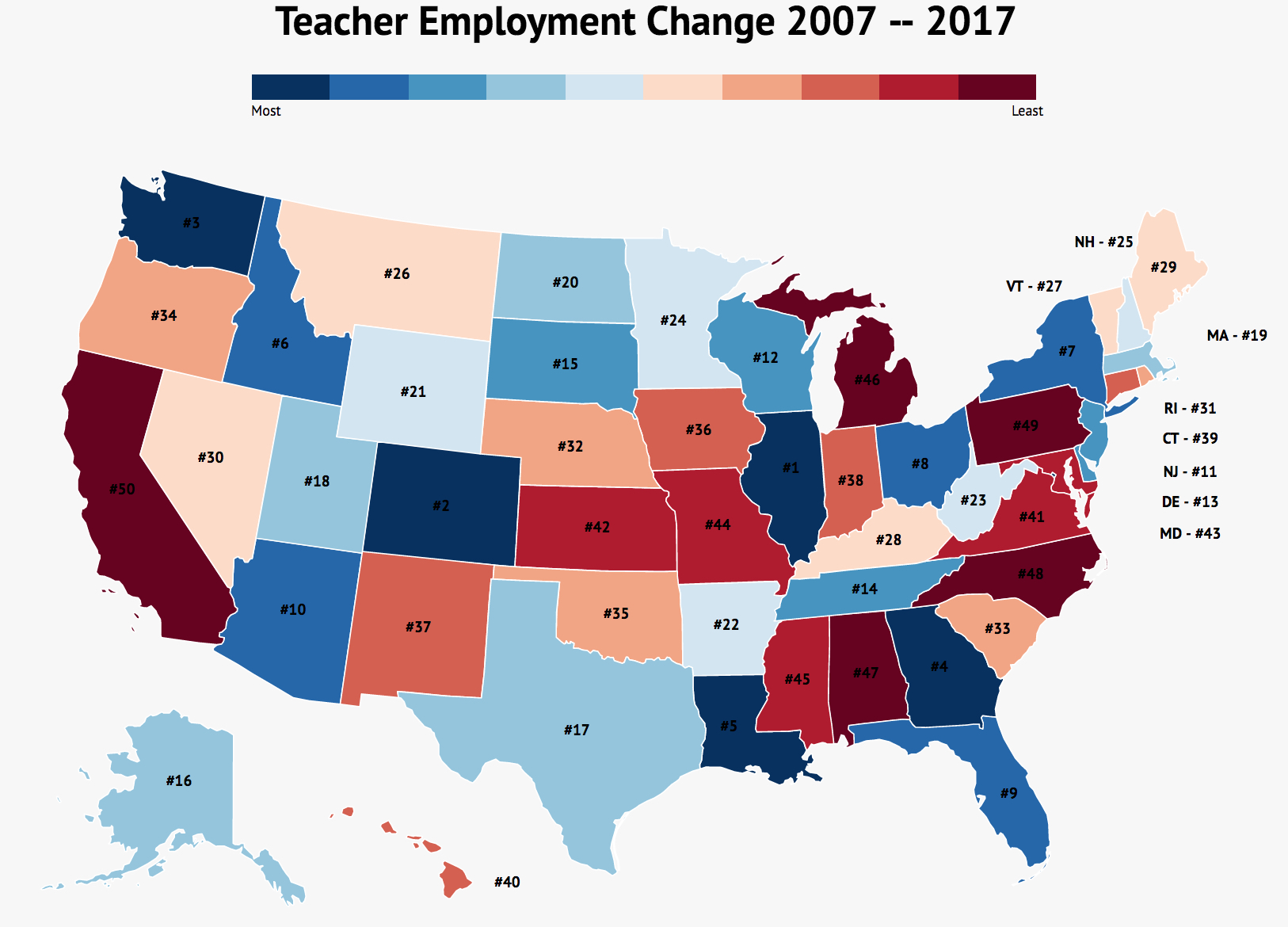 Below are individual charts for preschool, kindergarten, and middle school teacher data. 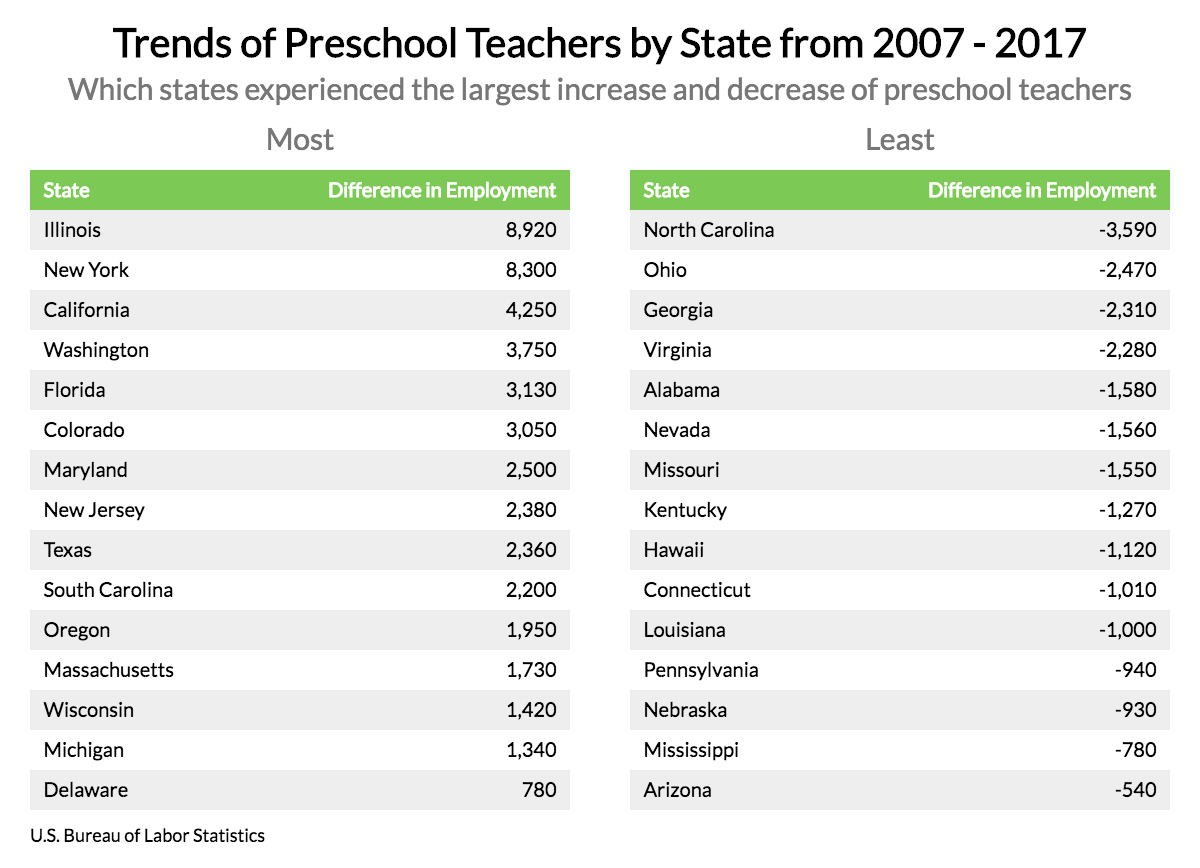 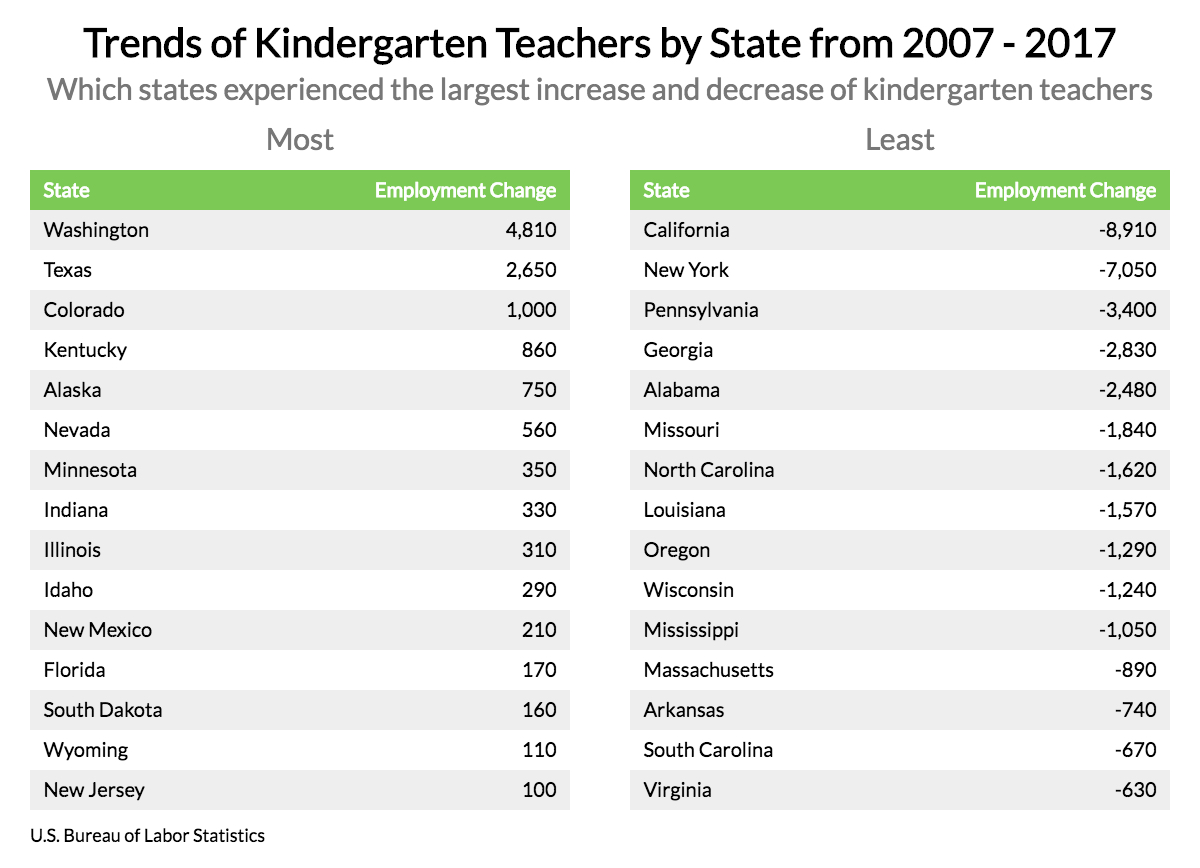 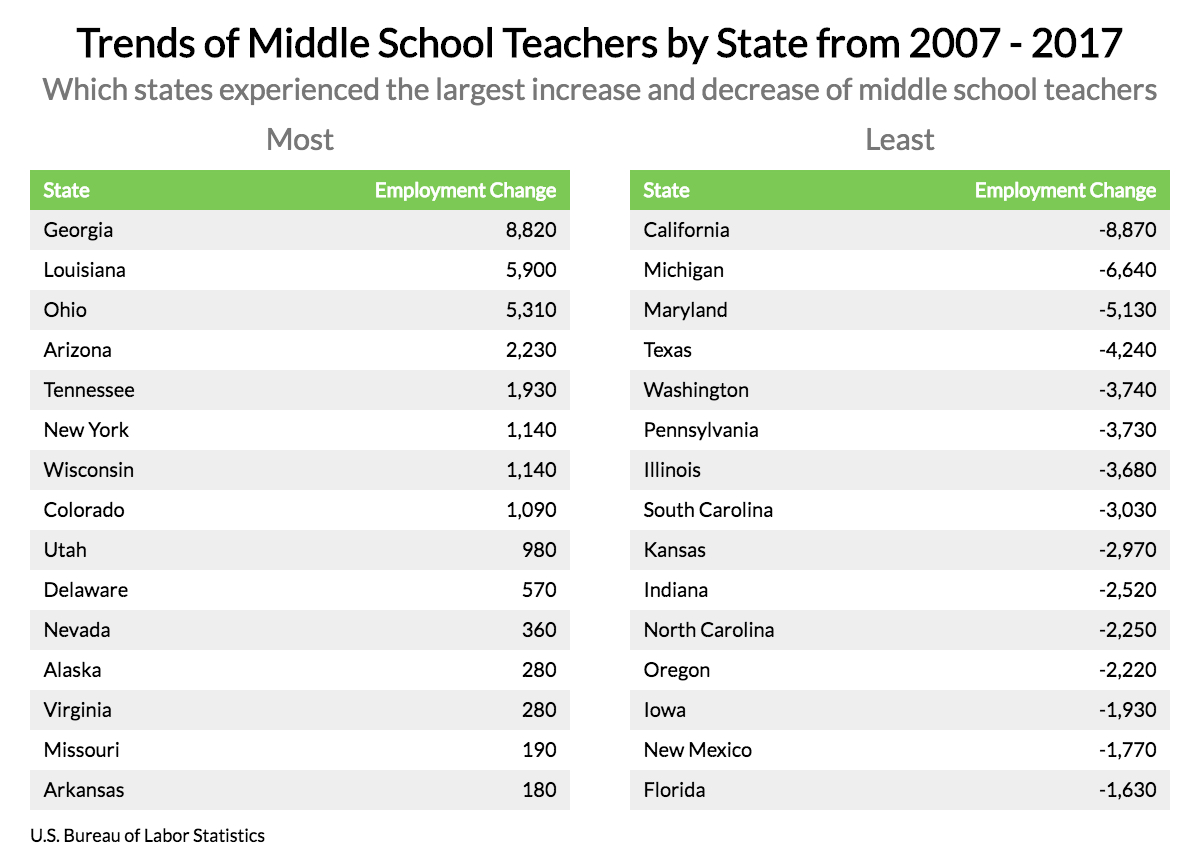 The U.S. Bureau of Labor Statistics’ Occupational Employment Survey produces wage and employment data for over 800 occupations at the national, state, and local levels.

By comparing their 2007 and the new 2017 sets of data, we were able to analyze the change in teacher employment by state.

To ensure accuracy, we categorized each teacher group by their unique occupation code.