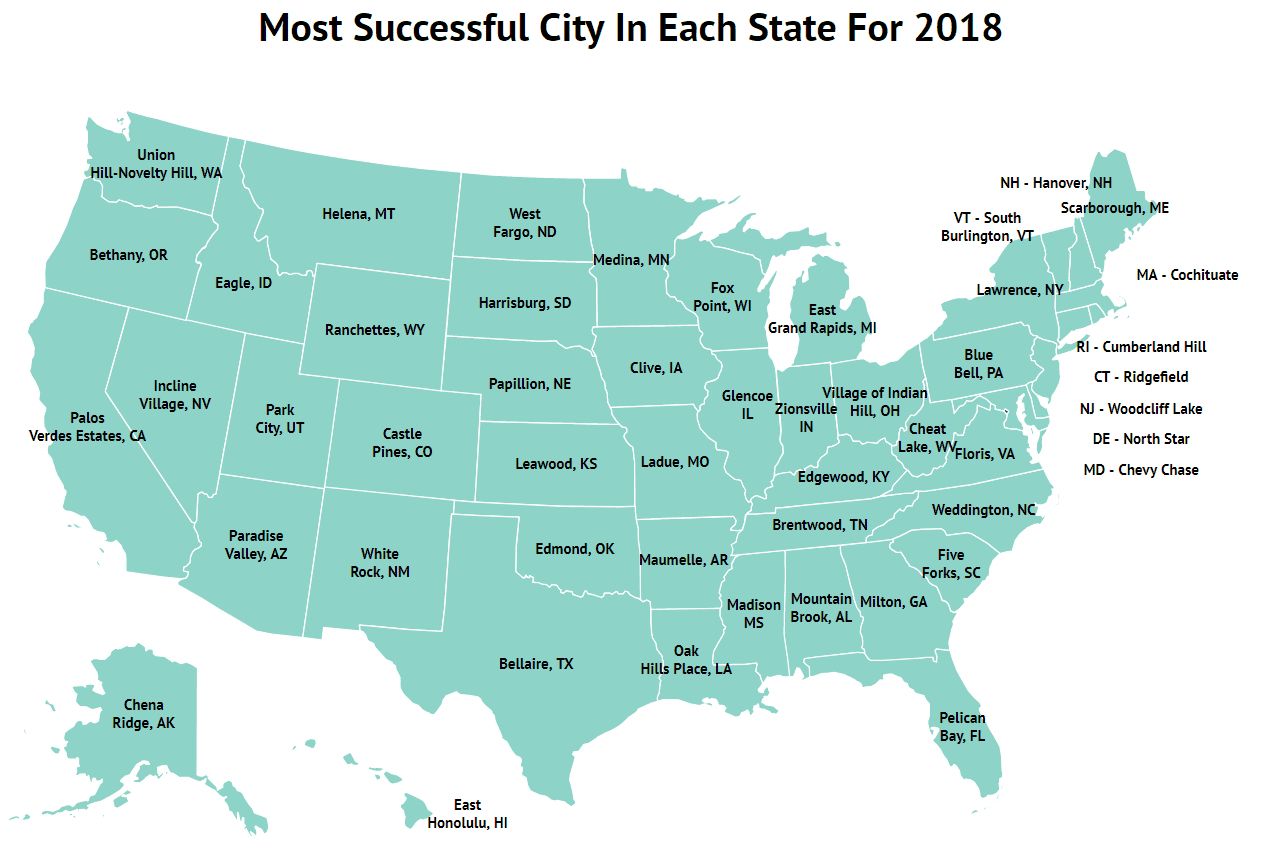 These Are The Most Successful Cities In Each State

Success is relative term, but for a lot of people, a fair portion of their success revolves around their job.

High incomes, low unemployment rates, and a good education – all these things can be categorized as “successful” measures.

This got us thinking: What are the most successful cities in each state? So we decided to find out.

Now, the purpose of this research isn’t to stir up any Hatfield–McCoy-esque feuds between neighboring cities. We just wanted to see what cities are the best for success.

You can find each state’s most successful city below, but first let’s check out the top 10.

These are the states with the top 10 most successful cities in the United States:

All the names sound pleasant, so that’s a good start.

Best Companies To Work For In Fresno, CA

Best Companies To Work For In Fremont, CA

Best Companies To Work For In Lincoln, NE

Using data from the Census’ 2012-2016 American Community Survey PUMS dataset, we ranked cities in each state across three categories:

Each city was ranked on a scale of 1 to the number of cities in each state, and the three variables were averaged to produce an individual index. The lower the score, the better.

9. The Village of Indian Hill, OH