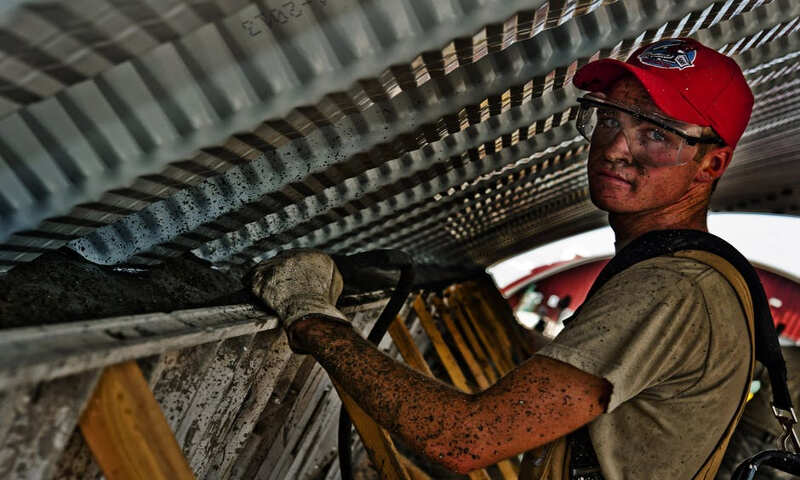 How to Answer the Interview Question “Why are You Looking for a New Job?”

Being on the job hunt while you still have a job is, in general, a pretty great position to be in. It’s certainly better than the alternative, as it gives your prospective new boss no reason at all to doubt your ability to play well with others and hold down a job.

“Sure hope all these weird graphs somehow make me look employable.”

But the situation comes with its own downsides. While an unemployed person might have to convince a hiring manager to take a chance on them, depending on their level of expertise and the length of time in which they’ve remained unemployed, at least once they get over that they can go on to their new job with no real problems.

However, anyone who’s on the job hunt who still has a job has to contend with a much-dreaded interview question: “Why are you looking for a new job?”

To the layperson, this question might look like a trap. In life, it’s important to remember that looks can be deceiving. But that’s not important here, because these looks are actually spot on.

The question looks like a trap because it is totally a trap. A big one. It’s a big boulder rolling through a cave, and you’re Indiana Jones, only significantly less coordinated. So how do you jump out of the way?

We’re here to help you figure out how to answer the question, “Why are you looking for a new job?”

It should go without saying that there’s no reason to give the hiring manager any kind of line. They know that, for one reason or another, you need a new job, and that odds are it’s not because you absolutely loved your last place.

“Cortana — please Google, ‘How do I get everyone I know fired without also getting fired.’”

So it’s important to be as honest as possible with whoever’s interviewing you, since they’ll know right away if you’re lying. From just a basic state, you want to tell the truth, because if all you have to tell your new employer is that your last job was totally satisfying to you in every way, they’ll probably think you’re a liar. Even worse, they might think you’re telling the truth, in which case you’d be an idiot to them — after all, who in their right mind leaves a job that they love and where all their needs are being met?

So let’s say that you’re looking for a new job because you weren’t getting paid enough and your previous co-workers were morons. Here’s our basic, totally honest answer.

“I’m leaving because I’m not getting paid enough and my co-workers are morons.”

Huh. Doesn’t exactly roll off the tongue yet, but we’ll shape it up.

…But Not Too Honest

As you can see above, while a basic honesty is still necessary, being too honest is also bad. For one thing, you don’t want to say anything too bad about your last boss or your last company. It could get back to them somehow, which would be catastrophic — not only would they probably not be a great reference, but in the event that you don’t find a new job, they also won’t be too keen on working with you much longer.

But more than that, it’s just a bad look. Talking poorly about your last work experience reflects worse on you than on them, at least at first. You can tell all the horror stories you like once you get your new job — in the meantime, you still have to look to a new employer like you can be a team player.

So how do you remain honest without being too honest? Easy. You talk in code.

Implications make up the true language of an interview — you have to learn how to tell someone a lot about yourself without laying too much on the table too quickly. There are a lot of ways to tell someone that your last co-workers weren’t great, or that you weren’t getting paid enough, without coming out and saying so directly.

For example, making more money is typically associated with having more responsibility — one possible way to say that you want more money could be to say that you’re looking to take on additional challenges, or to learn new industry skills. Likewise, telling an interviewer that you’re looking for a certain kind of team or office atmosphere can go a long way toward implying some of your frustrations with your last company.

“I’m looking for a new job because I’d like to take on some new responsibilities, and I’d like to feel more like part of a team when I’m around the office.”

Keep the Conversation on You…

We’re already pretty much doing that with our current answer, but it’s important to note that your discussion of what you’d like to do in the company is one that should arise from your own wants and needs. A hiring manager isn’t just looking for someone who can fill a role — they’re looking for someone who has their own wants and ambitions, who’s enthusiastic about the work that they do and willing to put a little extra thought into how and why they do it.

So make sure that when you’re discussing your reasons for working with a new company that you’re doing a good job getting across your long-term goals. Why are you looking for new responsibilities? How does that fit into your current career arc? On a related note (and something else that an interviewer might be fishing for), how long do you plan on sticking around?

Career goals, updated: a real chair. Also a desk. A paycheck as well. A laptop with fewer stickers. Real pants.

“I’m looking for new responsibilities and opportunities to learn about the industry because eventually I’d like to find my way into a management position. In the meantime I’d also like to work in an environment that’s a little more team-based, where I can really feel like I have a defined role in the office.”

…But Bring it Back Around to the Company

We’re pretty much there! Just one thing left. Your employer knows now why you want to leave your old job and get a new one — but why, of all places, do you want to work for their company in particular?

This part can be tough if, say, you forgot to actually do any research on the company before you walked into the interview (we’ve all been there). But it’s particularly important if you want to wow a hiring manager. You have to show more than just that you want a new job like this one — you have to prove that you want this particular job, of all the jobs that are out there for you.

“I’m looking for new responsibilities and opportunities to learn about the industry because eventually I’d like to find my way into a management position. In the meantime I’d also like to work in an environment that’s a little more team-based, where I can really feel like I have a defined role in the office. Because of that, I’m particularly excited at the idea of working with your company given how focused the CEO is on team-building and on building communication between the various levels of the organization. Additionally, I’m interested in your ongoing project to [do whatever the company is doing], and I’d love to bring my own perspective to the project.”

That’s not a bad answer we ended up with, all things considered, and it’s a good idea for you to prepare something along those lines for yourself.

Also bear in mind that until you are a given the traditional hiring manager’s Thumbs-Up, you are by law forbidden from leaving the interview.

Remember those four big ingredients you need for a good answer — honesty, diplomacy, your own long-term goals, and why you’re interested in this particular company or position. If you can manage to incorporate all four, you’ll do a pretty good job impressing the hiring manager and showing them that you know what it takes to move on from an old position without stepping on too many toes.

But it’s important to remember one last thing: namely, that you most likely won’t be giving your prepared answer all in one go, exactly like you planned it. An interview isn’t an audition, after all — you can prepare some of what you’ll say, but you can’t predict all of what a hiring manager might ask. Ultimately, an interview is a conversation, and much of your success depends on your ability to convey all of the above information in a way that seems easy and natural.

Pictured: Someone who is almost certainly great at making easy, natural conversation.

So work on your small talk and come prepared. If you’re lucky, that boulder might just end up missing you after all.