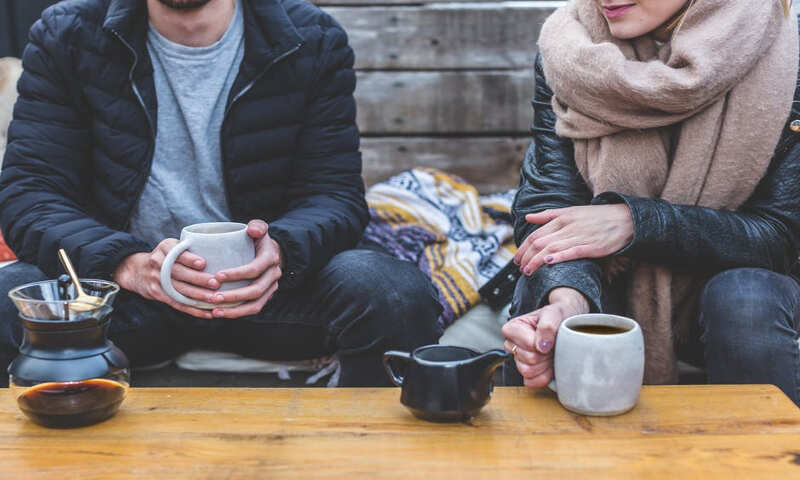 Tell me about a time you failed.

We understand if your heart jumped a little bit even reading that sentence.

This kind of question is a job interviewer’s bread and butter, as it’s a chance for them to learn a lot about you in many different ways at once — from the story you choose to tell to how much responsibility you take on yourself for the mistake.

Talking about one of your work-related failures can give a hiring manager a lot of insight into what kind of employee you might turn out to be.

For example, taking a picture like this might show that you’re the kind of photographer who doesn’t notice when something is in the way of your camera lens, which might be a red flag.

Are you the kind of person who rises to the occasion and continually finds ways to grow?

Or are you the kind of person who repeats their own history, who over and over again manages to screw up in the same ways every time?

Having to tell a person you’re actively trying to impress about a time when you made a huge mistake can be daunting, but fortunately, we’ve got some tips to help make your interviewing experience a little easier.

When it comes to talking about a failure of yours to a potential employer, the fear can be palpable. Which do you choose? How do you frame it to make yourself look good without seeming dishonest?

We’ve put together a few tips to help you do just that. We’ll go into each in more detail further down, but first here’s a quick breakdown.

The first — and perhaps most important — thing to remember when discussing one of your failures is that you have to give an honest answer.

Another failure example: this checklist. Both “yes” and “no” have already been filled in. Who is this for?

This goes beyond the obvious dishonesty of making up an answer out of whole cloth, which by itself would be a pretty obvious ploy (unless you’re a very good liar). The biggest mistake people make with this answer isn’t that they lie outright about their biggest failure, but instead it’s that they choose an answer that isn’t really a failure at all.

Usually, the answer people give to this question is more of an extended humblebrag.

An example of this would be if someone said that their biggest failure was that they “work too hard,” or “care too much,” or some other similar nonsense.

Even when a person has a good story to go along with the answer, it’s usually pretty obvious that the person is actually using the opportunity to brag about themselves rather than using it to actually engage with the question.

So step 1 is to make sure that the failure you’re talking about is, you know, actually a failure. You have to actually have messed up in order to convince your interviewer that you went on to learn anything significant from the experience.

Think Ahead (As Much As You Can)

Let’s be real — there are a lot of mistakes a person can make while they’re on the job. As long as a person learns from them, it’s usually okay, but there are certain scenarios in which a mistake is so colossal that it doesn’t really matter whether or not you learned anything from it.

For example, if your “failure” involves you committing any sort of crime (even inadvertently), maybe don’t bring up that particular story. That might seem like an extreme case, but it’s happened before. But even less extreme examples, like talking about how you missed three weeks worth of meetings before getting fired, can still set off a lot of red flags.

“Dear boss. Had to miss another meeting. Very sick. Please do not look at my Instagram as I am not at the beach.”

So before you tell your story, try to think ahead to the ending. What has the hiring manager learned about you from you telling about this experience? Did they learn that you know how to accept and move on from mistakes, or that you have some serious character flaws that might prevent you from being a good job candidate?

This part falls in line with the “Be Honest” tip, but just as important as it is to choose a real failure for your story, it’s important for you to own up to that failure. Giving someone an honest portrayal of a time that you made a mistake at work means nothing if you end it with “…but it wasn’t really my fault, anyway.”

To repeat ourselves one last time, this is a story about why you failed. The tendency to try to excuse yourself from blame is a natural impulse, but if it wasn’t your fault, then you didn’t really fail — you were just a victim of circumstance. In which case, the whole story you just told has absolutely no bearing on the question you were asked.

That doesn’t mean you can’t bring up extenuating factors. Maybe part of the reason why you missed so many meetings was that your dog had become sick recently and you were spending extra time taking care of her. That’s a good thing to mention, and it helps to humanize some of your decision-making.

But you still need to bring it back to the problem at hand — in this case, that you were missing meetings, and you hadn’t yet spoken to your boss about the reasons why. Whatever the extenuating factors, your productivity was suffering and you were missing work responsibilities. In the telling of your story, these things still need to be your fault, so that you can go on to recover from them and grow at the end of the story.

Talk About How You’ve Grown

And then you do need to, you know, actually mention how you’ve grown.

This is the most important part of the story you’re telling — how, after having failed or made some kind of major mistake, you were able to grow and change as both a person and an employee. While managers would prefer that all their employees be perfect all the time, they know that realistically the people under them are going to screw up on occasion. They can forgive that.

“You know Brian, you probably shouldn’t have stolen over 1200 dollars worth of office supplies. But I suppose hindsight’s 20/20.”

What they can’t forgive, however, is someone who makes the same mistakes over and over again. A person who can’t learn from their mistakes is not a good employee. Speaking of red flags as we were a moment ago, this is pretty much the biggest. Basically, your story needs a happy ending.

So let’s go back to our example of missing meetings. If the ending to that story is just “and I got fired” or “and no one found out,” then it might not do much to convince your hiring manager that you changed.

But let’s say instead that you actually had a talk with your boss. You told her about all the issues you’d been having; she forgave you, and together you had a discussion about what needed to be done to ensure that something like this never happened again. Then, to follow this up, you talk about how you never missed a meeting again, and what strategies you employed to ensure this.

That’s a good failure story — it shows you taking a bad situation that was your fault, taking responsibility for said failure, making a plan to address the failure, and then following through on that plan.

That’s what employers want to see. Not someone who never makes mistakes, but someone who is adept at learning and growing from them, and capable of articulating that growth to others.

So now you’ve got the general idea of it. Talking about your mistakes is easy, but not always advisable. But talking about the right mistakes, and going on to talk about how you’ve grown and implemented changes to the way you work based on these mistakes — that’s how you’ll impress a hiring manager.

And that’s how I learned I should never suddenly raise pharmaceutical prices all at once. I’m a better person now. Now I raise them slowly over time, so no one notices they’re being overcharged.”

The question might be to talk about a time you failed, but that’s not quite true. What employers really want to know is how you went on to succeed in the face of a previous failure.

After all, everyone loves an underdog story.