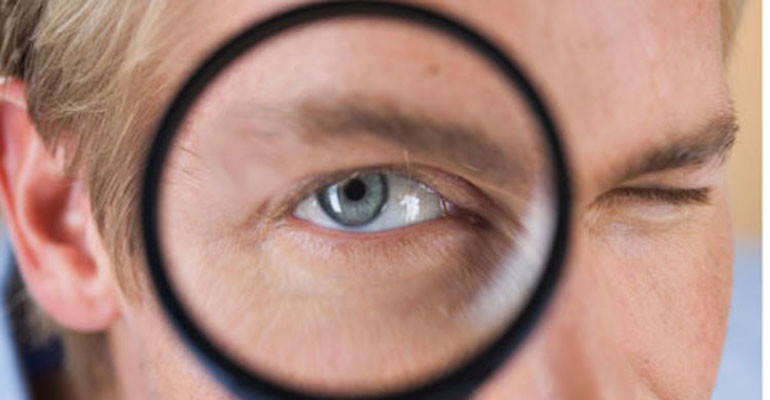 4 Things To Consider Before You Interview Any Candidate

Editors Note: This is a guest post written by web journalist Jennifer Landry. Her opinions are her own.

Standing in front of a class of college students, it’s more than a little insulting to see faces lit by cellphones, bored looks, or empty seats. You’ve been invited by a friend-of-a-friend to guest lecture the freshman orientation class he’s teaching, and you prepare a lecture that you believe the college student deep down inside of you would truly find useful.

Aside from the fact that any college freshman would rather be any place in the world other than a freshman orientation class, thusly making their genuine disinterest in your presence nothing at all personal, it’s even more insulting when you get back to your day job later in the morning. Vetting a long list of candidates for an entry-level position can be as interesting as the list in front of you.

You finally reach an applicant who looks legitimately qualified for the position (‘on paper’), only to realize that the way he manages himself online is something less than becoming of a qualified applicant, you can’t help but think back to that lecture you just issued, and wonder if your words of advice are being repeated elsewhere.

As technology advances as rapidly as it has over the last decade, so to do the levels of stupidity of its users.

You won’t find many that dispute the brilliance of social media. Whether it be for personal use, or commercial, the fact remains that sites like Facebook and Twitter have done much more than allow average people to voice their opinions: it’s a true marketplace, one as diverse as any potential marketer could ask for.

As social media usage becomes more and more common (to the point where it’s far more uncommon to encounter a candidate not at all active on any social media), peoples’ lives have become far more transparent than ever before. No one is immune to making mistakes, and the learning curve for social media usage has no defined age limitations. But in a society that has lived with the forum for over a decade now, it’s still remarkable to find ways that job applicants can shoot themselves in the foot via a simple post, tweet, or a share.

1. Look for the good ; don’t just focus on the bad

Every recruiter, HR specialist, or small business owner can talk forever about the reasons they found not to hire an applicant. For all the ‘keg stand’ photos present on the average recent college grad’s social profiles, there are still the thoughtful individuals who share poignant articles with their followers, and it’s the quality of these shares that resonate as loudly as the suspicious photos.

When you’re reviewing a candidate’s social profile, keep an eye out for the good, as much as the bad. Often times, representatives of the hiring party are looking for reasons not to hire a candidate, and end up avoiding the reasons why they should make the hire.

2. How did the candidate find out about your opportunity?

To any unsuspecting candidate, the question of where or how they heard about your position or your organisation is often seen as a throw-in. To the unsuspecting hirer, this may also be the case.

Understanding how a candidate heard about your position can be as telling as their social media presence, in that it can display their research abilities, true motivations, and genuine drive to be a part of the company.

This information really needs to be ascertained during the telephone screening process.

Consider the following 2 responses to the question “What was it that attracted your attention to our position?“:

“Oh I saw that a friend had shared your job post so I figured I’d give it a shot.“; or

“I have been keeping an eye on your organisation for the last few months and when I saw your ad I knew I had to apply for the role. It’s exactly what I’m looking for.”

So you can see it’s probably worth asking the question …

91% of candidates believe that employer brand plays a key role in their decision whether or not to apply. This isn’t a shocking statistic by any means. For a business to find a candidate that isn’t just looking for a job but is looking for a long term career, it’s important for the interviewing process to go both ways.

Enticing candidates by selling them on the company vision and direction (not just the actual job) can help to attract applicants later on down the track, whether it be by word of mouth, or applicants who are genuinely motivated to work for what they’ve heard is a really cool company.

A trend of late amongst many companies is to spread the interviewing process amongst a few employees. Allowing various members of the organisation to conduct interviews allows for new perspectives, diversifying the points of view. This can be very helpful for hiring managers, who can be overloaded with applicants, and the subsequent interview processes.

This process can only work if there is a clearly defined set of questions and benchmarking objectives.

Aside from the social media red flags to look out for, and résumé faux pas that are bound to flare up, it’s important for hiring managers to diversify the process as much as possible. This ensures that all potential avenues of approach are covered, and that the process in general is done more effectively than outdated methods.

In the end, you’re not looking for any candidate; you’re looking for the best possible representative for your organisation as possible. The key is using different ways to identify that candidate, and moving forward as quickly as possible.

Jennifer Landry is a dedicated web journalist based in Venice, California. She regularly write articles on the social media scene and business management.

Are Traditional Recruitment Techniques Becoming Obsolete?
5 Ways to Ensure a New Manager Succeeds
4 Traps To Avoid When Interviewing Candidates
Recruiter Tips: Caring For Your Client After The Offer Is Made
Employer branding: Be bacon, not white bread
5 Reasons Why Content Marketing Can Help Your Recruiting Efforts