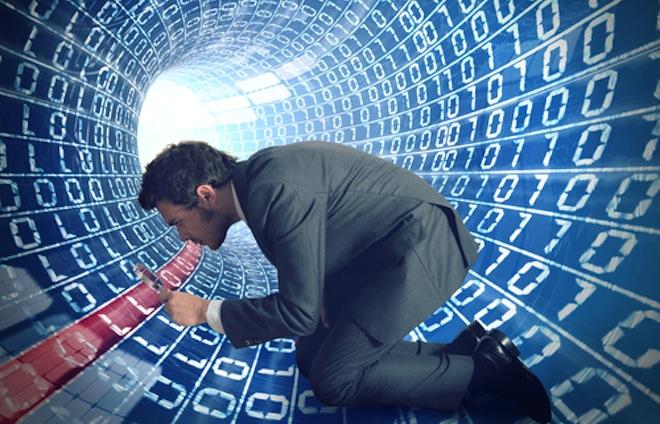 Not so long ago, if you scored an interview at Google, you were as likely to be quizzed on the number of gas stations in Manhattan as on your final grades in College.

Today, neither of those two questions are a part of the interview process.  It’s all due to Google’s big data research, utilizing years of information from interviews and performance reviews, in an attempt to uncover the formula to great hiring and managing of staff.

Hiring decisions and leadership assessments are often based on gut feel and personality biases.  But Google is breaking new ground in an arena long dominated by anecdotes and opinions, by analyzing hard data to objectively measure outcomes of these decisions over a long period of time.   The results are used to reverse engineer what makes a good interview, a good team size and a good leader.

In a recent New York Times interview, Lazlo Bock, senior vice president of Google operations, opened the door on insights Google has received from analyzing years of data from interviews, employees and managers.  The results may surprise you.

1. There is no such thing the Perfect Interview

‘It’s a complete random mess.’ said Bock about the relationship between how a person was rated in an interview and their ultimate performance in the role.  Despite analyzing tens of thousands of interviews, only one employee at Google could objectively be called good at hiring; he was a world expert in a highly specialized area.   All other managers had a hit and miss record when it came to hiring the right people or using a particular approach to guarantee a good result.

There is no such thing as the Perfect Interview – yet. But some interview techniques did stand out as increasing the likelihood of a successful hire. Read on…

Interviewers will achieve better results in finding the right person when they adopt a consistent approach to all interviewees for the same role.   Often, interviewers will ask different questions with different candidates; confusing the comparison process and opening the door to subjective or emotional decisions.  Although gut feel shouldn’t be ignored, basing it on a solid foundation of comparable data increases the chances of those feelings being accurate.

Behavioural Interviewing is the process of asking the interviewee to speak to their own experience around a key trait, such as, ‘Give me an example of when you worked well in a team to achieve an outcome.’ (See 75 other questions here). It’s preferable over hypothetical situations or asking for more information on a specific role.

The reason this works is on two levels.  Firstly, it provides a demonstration of how the interviewee reacts in a real-world situation.  Secondly, it shows the potential employees’ measurement of subjective terms such as ‘good’, ‘well’, ‘hard’ or ‘complex’.  Getting an insight into these values and ethics can indicate more about the recruits’ ability to perform in your team culture than skills or experience.

Twice a year, every Google employee completes a survey about their manager.  Survey questions include statements like, ‘My manager treats me with respect.’ and ‘My manager shares information.’  Employees are asked to agree/disagree on a scale of 1-5.

‘Over the last three years, we’ve vastly improved the quality of people management at Google, measured by how happy people are with their Manager.’  This is attributed to the ability to present managers with facts about how their team feels about their performance.  Everyone vastly over-estimates their own leadership and social skills; black and white numbers become a huge motivator for people to change their behaviour as they can’t be explained away subjectively.

5. Brain teasers are a complete waste of time

Google (along with management consulting firms) has long been famous for random questions like, ‘how many golf balls can you fit in an airplane?’. Advocates of this approach argue it’s a test of problem solving process, rather than a correct ‘answer’. But they’re shown to be a complete waste of time.

‘They don’t predict anything. They serve primarily to make the interviewer feel smart’. All Google applicants are sighing in relief.

6. GPA’s and test scores are worthless for predicting job performance

Does it surprise you to know that 14% of all Google employees do not have a college degree?

Google recognized years ago that, except for college students just out of university, scores on tests do not correlate in any way to job performance.  The school education system requires that students follow a prescribed formula, providing the ‘right’ answers.  These skills aren’t so valuable today in a business environment that requires creativity, innovation and networking to succeed.  Rather than looking for evidence that someone knows how to fill in the spaces, new recruits are scanned for evidence that they can join the dots in a meaningful way.

7. Big Data can only get you so far

‘In terms of Leadership, success is very dependent on the context.’ concludes Block.  What works at Google may not work in your own company. As much as we’d like a prescribed formula for finding the best employees and keeping them engaged, it’s unlikely to ever exist.

According to Block, human judgment and creativity and inspiration will never be completely replaced. We will always need to answer questions of fit between people, systems and values.