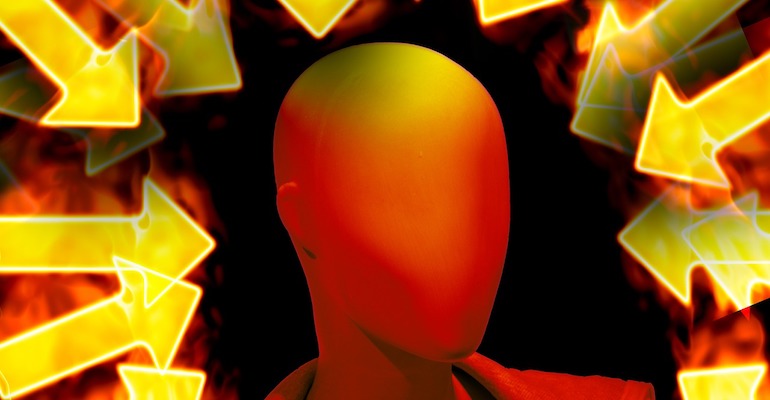 8 Ways to Prevent Ruining Your Productivity

Editor’s Note: This is a guest post by Lexie Lu. Her opinions are her own.

Computers have the ability to focus on one task uninterrupted, until instructed otherwise. When trying to get work done, it would be nice if we could do the same. Instead, many of us tend to procrastinate, regardless of the work’s difficulty level.

Procrastination is very common. We all do it at some point. As such, many make the false assumption that curbing procrastination is an impossible task. In reality, we can improve our productivity by focusing on what precisely ruins it.

1. The Downward Spiral of Context Switching

In a nutshell, context switching is jumping between various tasks that are unrelated. In the tech age, this also applies to merely switching between tabs in your internet browser, alternating between research for a timely task and something completely unrelated, like tinkering with your fantasy football team or online shopping.

When you think back to all the times you’ve procrastinated, it’s likely you’ll remember switching between tasks like this. Regardless of whether you’re working in an office or telecommuting, context switching can happen to anyone, especially when work becomes repetitive or mundane.

According to the American Psychological Association, multitasking in general can be categorized three different ways:

Interrupted task switching is a major culprit for time-sucking procrastination, since on top of stalling and wasting time, it becomes difficult to track precisely how much work is complete for each task. When you have to return to an uncompleted task, you’re forced to take time resuming exactly where you left off. On average, it takes 25 minutes to pick up a task from where it was left off.

Context switching is the mortal enemy of productivity, especially when you look at the finances involved. Multitasking costs business about $450 billion each year due to lost productivity, with heavy multitasking even having the ability to temporarily lower one’s IQ up to 15 points. With employees working more slowly and profits being lost as a result, it’s clear why businesses are taking multitasking seriously.

Well beyond the actual business costs, procrastination is linked to higher stress levels in numerous studies. Workplace stress is already responsible for up to $190 billion in annual U.S. health care costs, so adding the impact of procrastination and multitasking to that number is daunting.

With stress also contributing to personal health issues like higher blood pressure and cardiovascular health, the impact of procrastination on the wallet can extend well beyond company expenses and into your personal health care costs.

Common ways people tend to ruin their productivity include the following.

There is no overnight formula or magic word that can permanently fix context switching, though with gradual practice and dedication you can certainly make excessive multitasking a thing of your past. One way to start is to organize meetings differently.

Each meeting requires time to prep, travel to wherever the meeting is and rely on others’ schedules and flexibility. To prevent meetings from becoming a time-sucker, have an agenda and try to schedule all meetings on the same day or two of each week. Doing so will result in long chunks of time during other days that week that can allow you to focus and procrastinate less.

Another tip is to organize your tasks in correlation to one another, so that similar categories of projects and tasks are done closely together. For example, it makes sense to group social media tasks such as answering social media users, scheduling social media posts, and editing social media appearance, together and strive to stay in the social media category until all its tasks are complete. Research indicates that grouping like-minded tasks together can help us undertake and finish more projects.

5. Becoming a Slave to Email

As far as time-suckers go, email is a big one. While it’s true that using email is essential to the majority of occupations, the nature of email — that a new message could arrive at any time and a message is almost always waiting for a response — can make it a pit of procrastination for multitaskers.

One method to effectively limit the amount of email distraction is to disable notifications of any sort, from browser pop-up email notification plugins to the buzzing sound on your phone whenever a new email is received. Check your email regularly and be prompt in responding, but avoid becoming over-reactionary to email. No one really expects emails to be answered immediately.

Using labels in email, or signifiers like Gmail’s yellow “important” labeling, is another good idea to make email reading and responding more efficient, as certain contacts and headings will be prioritized automatically. If the lack of phone notifications doesn’t fix your constant itch to check your email, flip your phone over or turn on airplane mode, at least until your current task is complete.

6. Failing to Maintain a Healthy Mind and Body

It’s important to maintain a clear mind when performing tasks, which means avoiding sleepless nights or substances that alter your mind. While some feel they need coffee to work, it’s worth keeping in mind that many suffer from caffeine crashes that sap motivation later in the day. It’s recommended to avoid any sort of stimulant or substance — including coffee — if you want to focus clearly.

Substance abuse can have a major impact on productivity in and out of the workplace. Employees with substance abuse problems arrive to work late three times more often than other employees, with the mind-altering effects beyond that having detrimental effects on focus as well. Avoiding substances and getting a good night’s sleep helps result in a clear and focused mind that makes focusing on tasks easier.

7. Surrendering to “Off Days”

Everyone has had “off days”, where they wake up feeling perpetually groggy and have little will whatsoever to accomplish anything productive. Ideally these types of days will happen on a weekend, but if you have work to do then, being lazy is not an option.

In a scenario like this, it’s important to realize that productivity is still very possible. First, start with tasks that don’t require intense critical thinking, like organizing a section of your desk or completing straightforward paperwork. This will hopefully kick your brain into gear. If you’re up for it, try some exercise or yoga before work as well to help refocus. Research has shown that mundane tasks, like washing dishes, can help center your brain, so be sure to take advantage of this.

Different workplaces have different degrees of flexibility, with it very worthwhile to try out various working modes if possible:

A personal preference won’t matter much if it results in even more procrastination, though typically more familiar and comforting circumstances will reduce the chances of distractions. As a result, try a variety of working modes and methods to help determine which makes you feel most equipped for a productive day.

There will always be forces seemingly working against you and your desire for productivity. While it’s not always possible to eliminate procrastination entirely, understanding the root of procrastination and tips to curb it can help control internal factors that influence motivation and productivity, in turn amping up your work output potential.

7 Secret Strategies for Retaining Millennial Employees
Are You a Good Boss? [Infographic]
The Ultimate New Employee Checklist [Infographic]
How to Improve Your Employee Value Proposition (EVP) to Attract Candidates
Going grey can be good for business
3 Biggest Mistakes Managers Make with Remote Teams