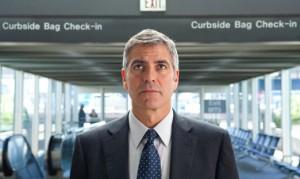 Editors Note: This is a guest post written by Edward Mallett, Managing Director of Employsure. His opinions are his own.
Times are tight, we all know that. There are less jobs being created and, sadly, an increasing number of redundancies.

I had what is becoming a common conversation with a client recently. After years of business with a steady workforce, he was going to have to let people go.

We discussed what was required of him under the Fair Work Act and the relevant award and it is fair to say that he was shocked by the amount of red tape that he had to go through.

This gave me cause to think that it would be worth setting out the process for making staff redundant, so that those in a similar position to my client do not fall foul of their obligations.

Subject to any specific award requirements, we typically advise that redundancy is a five stage process, usually carried out over a minimum of a two week period.

Be sure that you have a genuine redundancy situation. Under the Fair Work Act, this occurs where the employer no longer requires the employee’s job to be performed by anyone because of changes in operational requirements. So, reallocating roles is not a redundancy, nor is a dismissal because a person is not good enough at their job.

This stage only arises if there is a genuine redundancy situation. If there is, you should first warn all staff that might be affected by the redundancy. This may not be limited to the person whose role is going. It may also be necessary to include others whose role he or she could carry out. The warning should be at a meeting, at which you should also explain to your staff the following three stages.

Consult with the affected employees. Meet with each of them and seek their views as to potential alternatives to redundancy. Job share or other areas for savings are ideas commonly put forward. These should all be considered. If consultation does not avoid the need for redundancies, move onto stage 4: redeployment.

Is there any other role in the business that the potentially redundant employee could be moved to? If not, the final stage is dismissal.

If a dismissal is required, you should meet with the employee and explain the outcome, following up with a letter detailing redundancy entitlement, whether under the Fair Work Act or other instrument.

This is the process that is considered fair under the Fair Work Act. It is difficult to follow, no doubt, but doing so should help you avoid the additional cost of unfair dismissal claims that might arise if corners are cut.