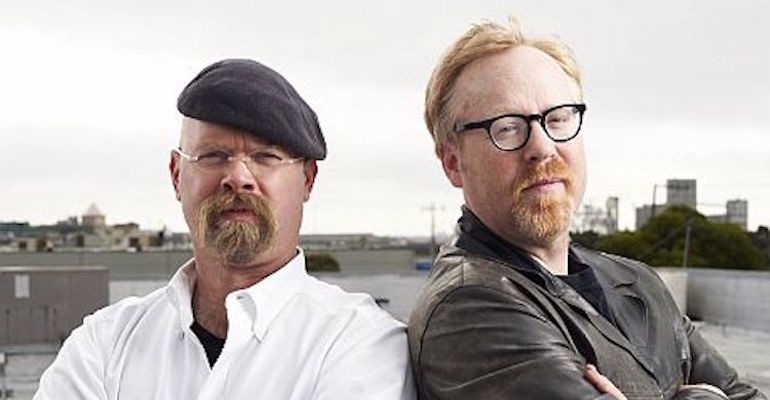 I can remember when I first got into the recruiting game hearing about special training sessions being run for ‘experienced perm consultants only’; or perhaps for those consultants considering a move into the Executive Search’ space.

Every few weeks a group of carefully selected consultants (who had received the exclusive invitation to attend the workshop) would disappear into the boardroom at lunchtime for what appeared to be some kind of ‘initiation’ or ‘right of passage’.

“Oh Paul, you have to have been recruiting for at least a year”, one of the managers said to me once when I asked if I could join a session.

“Besides, you’re just a temp consultant”, she continued [I kid you not]. “So you don’t have to worry about it anyway”.

I glared at her. She started clicking her pen nervously, adjusted her headband and quickly closed the boardroom door eager to run her workshop evidently suitable only for the highest echelons of the recruiting world.

I wondered what went on during ‘those’ sessions. Was it like some kind of secret society? (Today I guess I might compare it to a clandestine gathering of the Freemasons like in a Dan Brown novel).

Perhaps there were symbols, or rituals? Would I ever know?

Of course not. Because I was ‘just’ a temp consultant.

[Ha! I really wish Lucinda could see how my career has ended up!]

“What was the session actually about?” I asked one of my colleagues who had been one of ‘the chosen few’ when he came back to his desk after that lunchtime training session.

“It’s just about how to work with clients on retainer”, Ben said. “To be honest I’m really not sure what all the fuss is about. If you want I can give you the worksheets she handed out. I’m not sure I even like the idea”.

He shared all his notes with me and I couldn’t tell what all the fuss was about either. It all seemed pretty obvious to me. But I did like the idea … yes … even as a temp consultant.

Why has the concept of working on retainer (or even the notion of working exclusively with a client) always been ‘reserved’ for perm or executive search consultants? Any recruiter can work on retainer.

It’s time to bust the myth and expose the ‘secret society’.

Myth #1. Only perm consultants can work on retainer

I may have been a pure temp consultant for the first 5 years of my career. But after reading Ben’s notes from his ‘elite special forces’ training, I couldn’t see the sense in working like a maniac to fill a temp assignment for a client who had also briefed a handful of other recruiters.

Whenever a client would call me with a tough (read: ‘nearly impossible’) brief, rather than just being a ‘yes’ person, I would become a ‘yes … but only if I can charge a retainer’) person.

I would simply quote the client the bill rate and then request an upfront payment equivalent to the first week’s invoice.

I certainly didn’t do this for every role – just the tough ones where I wanted to make sure I didn’t put in a huge effort for no return.

To be honest those clients hardly every balked. They needed the temp. They knew the brief was tough. And if I found the talent they would have to pay the invoice anyway.

So they just paid a bit of it up front.

Myth #2. Retainers can only be applied to senior roles

So I wasn’t always ‘just’ a temp consultant. I also spent many years as a perm consultant recruiting for customer service roles – predominantly in call centers. The average salary of my briefs was around $35,000 at the time.

Not exactly roles worthy of an executive search strategy!

And yet I would often work on many of these briefs on retainer.

Simply by running the idea by my client … which I did if, for example, the location of the role was hard to get to, or perhaps the organisation may not have had the best reputation.

Again why should I bust my gut trying to fill a role that most candidates may not want?

When you get into a regular cab, a flagfall is charged before the cab has even pulled away from the sidewalk. You’re then charged the rest of the fare when you reach your destination.

Whenever I book an appointment at my dentist, I am charged $50.00 up front with the remainder charged after the consultation.

If my client was ultimately going to pay me $15,000 for a successful placement, then $1,500 up front with the remainder due when the offer was made seemed very reasonable.

I know of many recruiters who will charge 10% of the estimated total fee up front with the rest due upon placement.

Shock alert: There are clients out there who are happy to pay a non-refundable engagement fee.

Myth #4. Clients are scared off by the idea of a retainer

What would you say if I told you that there are actually clients out there who prefer to work on a retainer?

Simply because if you have them on a retainer, it means you will probably feel obliged to give them a priority level of service. You’ll dedicate more time to their brief and will keep in touch with them more regularly.

You won’t want to let them down.

But you’ll never know unless you pitch a retainer (or up front engagement fee) as a regular part of your recruitment process.

Myth #5. Retainers put too much pressure on a recruiter

Too much pressure? For what? To actually fill the job? Isn’t that what we’re here to do anyway?

After all, why would any client agree to pay you a retainer (or even just some kind of up front engagement fee) and then still agree to work with another recruiter (even on a contingent basis)?

Think about it. They’ve already paid you a portion of a placement fee. Why then risk potentially still having to pay another full placement fee to somebody else?

How much do we love client exclusivity?

I wanted to share a story of 2 consultants who worked for me many years ago just to reinforce the power of working with clients on a retainer.

Hagan and Ingrid worked side by side on the same ‘desk’. They simply split their clients up alphabetically. They focused on the same sector; their briefs were for the most part exactly the same in terms of scope and salary level; and I’d hired them both at the same time – so they’d both had the same amount of recruitment experience.

The only difference was that Hagan operated as a contingent only recruiter while Ingrid worked predominantly on retainer.

These facts should speak for themselves:

Apart from going out to see clients, Hagan hardly ever left his desk. He rarely took a lunch break and for him, an ‘early mark’ meant leaving at 6:00pm on a Friday.

Ingrid even went to the gym at lunchtime at least 3 times a week.

I hope I’ve proven my point.

I should also highlight that whenever I have personally trained new recruiters I’ve included an in-depth session on retainers in their first few days! Why wait? And it’s never bothered me who’s been in the room … perm consultants … temp consultants … everyone was welcome!

If you’d like to be part of a global community of independent talent professionals where there are no secret societies and where you’ll get paid for every hour you work no matter what the client’s brief might be, get in touch with us today. Think of it as working on retainer from day one!

9 Data Protection Tips for Recruiters
Recruiters Anonymous #4: I've Got a Desk-Splitting Headache
Meet Rick Gilbert: RecruitLoop Recruiter In Los Angeles, California
5 of the Smartest Ways to Build Trust with Your Top Candidates
Webinar: How to Market Yourself and Create Your Personal Brand
Your Thanksgiving Recipe for Great Recruitment