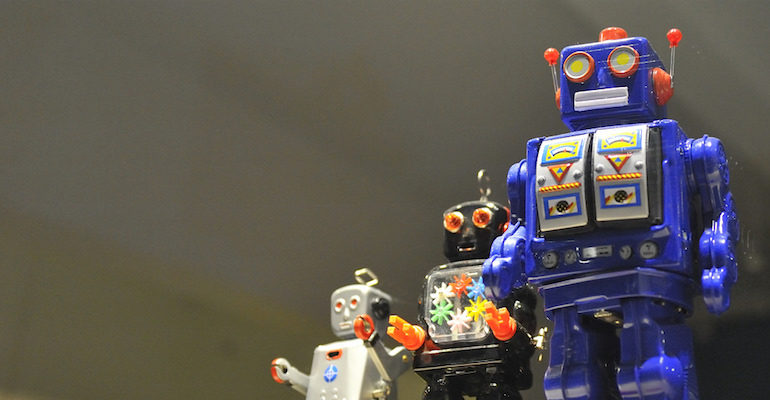 I have trained thousands of recruiters in my time. So I would like to think that I know what works and what doesn’t.

There. I said it.

Sure it’s about helping candidates get jobs; or finding the best talent for employers. But when all is said and done (and whether we like it or not) as recruiters we are all in the game of sales. And that in itself often comes with a bit of baggage, a stigma, a reputation … I’m sure you get where I’m coming from.

Over the last few weeks I’ve been doing some “back to basics” training with our own sales team. I’ve also been spending quite a lot of time myself doing hands on sales – something I love doing but at the same time it’s been a process that for me has really reinforced the synergies between the role of a recruiter and that of a sales person.

Free Guide: Download these 7 simple recruitment strategies that you can take back to your desk to ensure you're a successful recruiter. Download Your Copy

After all, just think of all the touch points when as a recruiter we are truly in a sales mode:

For the purposes of this particular blog post, I’m going to focus on our interactions with clients (let’s leave dealing with our candidates and colleagues for another time!) and so I will share exactly the same tips that I did with our own sales reps earlier in the week. It’s all about losing the S.C.R.I.P.T.

When you’re calling a prospective client for the first time, you can’t sound like the voiceovers on those hideous TV commercials.

You know the ones … trying to flog a vacuum cleaner that can suck up a tenpin bowling ball; or some contraption that practically guarantees to give you a six-pack during the ad break; or some freaky ‘kitchen whiz’ that can whip up a 3 course meal while you’re vacuuming tenpin bowling balls around the house!

Nobody’s going to believe you if you sound like someone who’s about to ask for credit card details or a money order now to get a set of free steak knives thrown in. There’s a huge difference between sounding professional, articulate and credible as opposed to sounding overly salesy.

No matter what you may have been told from your ‘powers that be’, if you approach your calls with the expectation that someone will actually agree to ‘do a deal’ with you on that first call, then you’ll only be letting yourself down. It’s not going to happen. Build trust. Be genuine. And throw away the steak knives.

Avoid Canned Responses at all costs. If you’re not quite sure what I’m getting at here, a ‘Canned Response’ is a Google Mail feature that allows you to insert pre-formatted content you create into your messages.

It’s an amazing feature … for emailing. But you need to be careful that you don’t sound like you’re just ‘inserting’ pre-determined phrases into your phone calls that have nothing to do with what your prospective customer has said or asked.

Overly salesy recruiters have a tendency to just rapidly fire off statements or phrases (often ones that appear on their company website or brochure) without listening to a single word the person on the other end of the phone is saying or asking.

If you really fill your sales pitch with a series of clichéd or rehearsed statements, you might even get hung up on! So stop thinking about what you want to say next and actually listen to what your potential customer is saying. It might even result in a two-way conversation and not a sales pitch monologue from you.

It often comes down to the simple fact that nobody will ever buy anything from somebody they don’t like or trust. And the key to gaining a prospective client’s trust is to build rapport.

Anyone can pick up a phone and dial a number. Anyone who dials enough numbers will eventually get to speak to someone. There’s plenty of technology out there that can even do the dialling for you.

But as we all know it’s what happens after the prospect picks up the phone that matters. As I mentioned earlier, if your only objective is to close the deal, or if you baffle your prospect with bullsh1t, it’s never going to happen. A robot can dial a number. A robot could even repeatedly recite a series of facts. But a robot can’t build trust, rapport or a long-lasting business partnership.

4. Believe in what you are talking about

Whilst you certainly don’t ever want to come across as overly salesy, you also don’t want to sound like you don’t believe in (or worse still that you don’t care about) what you’re talking about.

It’s damn hard to sound as enthusiastic on the 27th prospect call of the day as it was on the 1st one. But if you just sound like you’re ‘going through the motions’, it’s never going to work in your favour.

I used to encourage my recruiters to have a small mirror on their desks. And whilst I may have sounded like a robot walking around the office saying “remember to smile when you dial”, I’m telling you it worked. If you look enthusiastic, and you look like you believe in what you’re doing, that energy (and hopefully passion too) will come across over the phone. If you don’t then it won’t. It’s as simple as that.

Then there are those recruiters who no matter how hard they try to mask it, they actually sound desperate over the phone.

Maybe it’s the pressure of the KPIs or call quotas that gets to them, but it’s not a good look when a prospective client’s first impression is that you are begging them to talk to you (let alone to buy from you) simply so that you can meet your numbers.

Listen to yourself very carefully when you’re next on the phone. If all your phrases end with your voice going ‘up and to the right’ (as I like to explain it), then all your prospective client is hearing is “please?”, “can’t you just give me one chance?”, or “save me … I’m drowning here”!

6. Being manipulative is never going to work in your favour

Whilst you might (by some sheer fluke) succeed in getting some kind of verbal commitment over the phone (potentially helping you hit your target), as soon as the call is over your prospect will have a chance to reflect and they will then most likely pull out of any deal, or just not go ahead with the ‘order’.

Personally my first reaction if I ever feel like a sales person in a store is pressuring me, or if I feel they are being a bit too suave is to run. It’s the same on the phone … only instead of running they just need to hang up.

So rather than coming across as ‘too smooth’, take the time to ask open ended questions and learn more about the person on the other end of the phone.

You might just end up working with them one day.

7 Characteristics of Résumes Bound for Instant Rejection
Meet Rick Gilbert: RecruitLoop Recruiter In Los Angeles, California
Meet Heather Larkin: RecruitLoop Recruiter In Greenville, South Carolina
6 Tips On How To Grow A Global Business … From Brad Sugars – Founder of ActionCOACH
8 Ways to Ensure You Hire the Best Candidate
Recruiter Tips: Caring For Your Client After The Offer Is Made