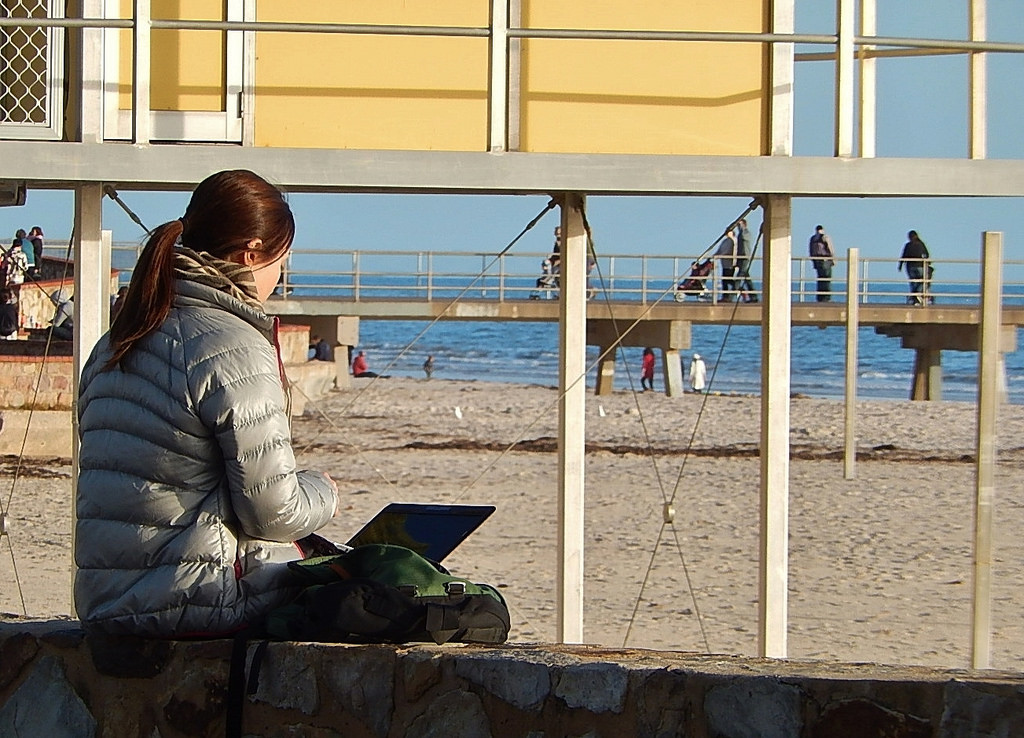 5 Reasons Why Remote Workers Are Perfect for Startups

Editors Note: This is a guest post by Jock Purtle, Founder of Digital Exits  His opinions are his own.

One of the hardest things for any startup to do is to find people to come help them get off the ground. Most startups can’t offer the same compensation packages as other companies, and they also carry with them a certain level of risk that people aren’t comfortable with.

Can you blame them? If you had to choose between working at a Fortune 500 company or in your buddy Larry’s garage, with a family to feed, which would you choose?

Okay, it’s true that most startups function far more professionally than this, but this is still an issue they face, and it can really cost them. An idea is an idea, but without the team to make this idea a reality, it’s going to be hard for startups to actually start up and get going in the right direction.

So, what’s the answer? Some may argue that you should just offer better compensation, saying that it will pay off in the long run. But this is still risky, as you don’t want to make promises you can’t keep, especially when dealing with people’s livelihoods.

Instead, a nice alternative is to make use of remote workers, i.e. freelancers and contractors, who can often times offer you the same skills and then some for better prices. And they can also add a lot more to your company that goes beyond just the numbers.

Let’s take a look at why remote workers are such a good choice for startups.

The very notion of a remote worker brings to mind flexibility. They have the freedom to choose where and when they work, and they don’t have to deal with micromanaging bosses or tedious status updates. They get assignments, do the work, submit the assignment and then repeat. They’re used to working on and meeting deadlines. Their life literally depends on it!

This is perfect for startups. Those involved on the ground floor of a new company know that each person usually has to wear many hats, and they are also usually busy managing and overseeing a variety of different projects. The more you can take off your plate, the better, as it will free you up to focus on other things.

Good freelancers and contractors have systems in place to get the work done they need to get done. After you’ve worked with them for a while, you should be able to trust them to simply get it done and only get in touch with you when they have specific questions. Being able to ask for an assignment and then forget about it until its completed is a godsend to most small business owners, and this is something you will find quite frequently with remote workers.

2. They’re more likely to buy in

While it might seem a little contrary to what you would expect, remote workers actually tend to be more engaged than those working in the office. The feeling of being separated or of only having short periods of time to connect with other team members encourages people to work harder to build relationships with those with whom they work.

For startups, this can be particularly true. One of the biggest issues freelancers, contractors and other remote workers face is that they feel disconnected from the work they perform. The idea of completing an assignment without knowing how it connects to a larger goal or purpose can be frustrating and, at times, demoralizing, leading to less-quality work.

However, when engaging remote workers in a startup, you are providing them with that sense of purpose they were perhaps missing from other assignments. They aren’t just some hired hand you’ve brought in to complete a task, but rather an integral part of your team and to the company as a whole.

3. They’re from all over

As a startup, it is already hard enough to find the right person for the job who would be willing to accept different working conditions, but then for that person to be located in the same city as you, now you’re really pushing your luck.

By using remote workers, you can draw from a literally global talent pool. You’ll have access to people from around the world, and this gives you the chance to make use of people with unique skill sets no matter where they’re from.

Also, by being able to bring in people from around the world, you are giving your startup a nice diversity boost. It’s no secret that diversity fosters innovation, but achieving some level of diversity can be rather difficult for new companies. Yet if you open yourself up to the world or remote workers, you are helping bring the world into your company and setting yourself up for future success.

Okay, onto some more tangible benefits remote workers provide to startups. They are, quite simply, cheaper than traditional employees.

You may not need to hire them full-time and can therefore pay them for the jobs they complete. Whereas if you fire full-time, in-office employees, you may find yourself scrambling to find things for them to do, leading to the feeling you are overpaying them, which will likely result in a sour departure.

Another reason remote workers tend to be cheaper is that if they are coming from different parts of the world, they may be willing to accept lower salaries because the cost of living in their home city is less.

The salary somebody may be able to live on in, say, Bangkok, is a lot less than someone living in New York or London, so you are giving yourself access to quality talent without having to pay the premiums commanded by the city in which you are located.

Lastly, they are cheaper because often times you do not need to worry about providing them with benefits. As contractors, they are responsible for taking care of their own health insurance and for setting up their own retirement plans. When hiring traditional employees, they are going to expect that you do this, and this gets very expensive.

That’s not to say that you can’t offer some perks or incentives. As an example, I know of one company that gifted a coffee club membership to its contractors after they had completed two months of work. It was a nice way to reward and motivate the staff and it ended up aiding the team to work closer together. The staff felt appreciated and enjoyed talking about the newest flavor. The company was able to increase its morale, without breaking the bank account.

While you may do all your due diligence when searching for the right hire, you never really know if things will work out until that person begins working. As a startup, this means the stakes are high, as a bad hire can end up being very expensive.

Using remote workers helps to mitigate some of this risk since they are much easier to both hire and fire. If something isn’t working out, either the work isn’t up to standard or there are issues with deadlines, you needn’t do much more than offer a warning and then let the person go.

With more traditional hires, there are more hurdles to jump through. You could set up clauses in the contract that allow for trial periods, but this tends to scare away top talent as they want to feel secure in their new position. Remote workers help you avoid this issue and make it easier for you to try out new people and find the exact person for the job.

Staffing is a huge issue that nearly all startups face, yet it is one they must learn to overcome if they hope to get things off the ground and turn their new company into something that can stand the test of time. Remote workers are a great way to balance the challenges involved with hiring traditional workers while still taking advantage of top talent. You may transition away from remote workers after a while, but you’ll likely see how they are a great addition to your business that should be valued and maintained.

Startup Stories: How Airtasker Made it Happen
Promoting Diversity: Why the Videogames Industry is a Microcosm of the Problem
7 Ways to Tap Into the Collective Power of Your Employees
3 Reasons SMBs Should Engage an External HR Specialist
The Truth About Cats and Dogs ... and Sales
Five Hiring Tips for Warp-Speed Recruiting [Infographic]