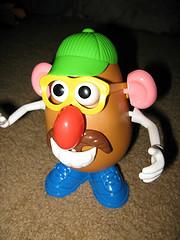 You have two ears and one mouth for a reason

As a manager of some pretty large recruitment teams over the years, as part of my quality assurance process, from time to time I would sit in on interviews just to ensure that my recruiters were conducting their meetings with candidates in the most professional manner.

The most common ‘trouble spot’ I came across was when a recruiter had identified what would be referred to as a hot candidate. Now before you let your mind drift off to some place it shouldn’t, in the context of recruitment a ‘hot candidate’ was also known as a walking placement … in other words a ‘star’ candidate – someone with a strong background, solid qualifications and generally having had some great experience.

Once the recruiter had spotted such a candidate, they would often go into over sales drive and, perhaps without even realizing it, would abandon the ‘preferred’ interview format and just start talking about the amazing opportunity they were working on for their client.

The interview would become one big sales pitch for the position in question and, from where I was sitting anyway, the candidate would walk out with all the information about the job, but with the recruiter really not knowing anything more about the candidate than they had been able to read from their CV before the interview had even started.

As a business owner, or as someone tasked with bringing new people into any organisaition (no matter how big or small), it’s essential that when you are interviewing potential candidates you remember that you have been blessed with two ears and one mouth. In other words when you are sitting opposite someone who might be right for your business, listen to the reasons why they might be right based on the answers they give you to various questions, as opposed to telling them why your organisation is the best place for them to work.

Stop overselling the opportunity. Let the candidate tell you why they are right for the role.
Lou Adler is a US based thought leader in performance based hiring strategies and someone who I have personally followed all throughout my recruitment career. He has always reinforced how many hiring mistakes take place due to a recruiter or hiring manager using the interview as a chance to simply talk about a job as opposed to identifying a candidate’s suitability to a role and potential fit into an actual organisation.

Adler writes regular tips on the key to hiring the best people and has always reinforced how most hiring mistakes are made during the first 30 minutes of an interview because the recruiter or hiring manager has spent too much time convincing the candidate why the role is so perfect for them as opposed to taking the time to assess or evaluate the candidate’s suitability for the role based on their qualifications, skills, competencies and past performance.

Sure you don’t want to let a great candidate go. But what’s even worse is when the great candidate walks out the door and thinks to themselves, clearly they believe I am perfect for the job but they don’t know a thing about me.

So in line with Lou Adler’s wait 30 minutes interview tip, when you’re next sitting across from someone who you think would be great to have on board, try to spend the first half hour of the interview listening carefully to their responses to your pre-determined competency-based or performance-based questions. Then (and only then), once you have evaluated exactly why they’d be right for your business, should you tell them about the position and why they should consider joining your team.

If time is precious, and you feel you don’t even have half an hour to devote to an interview, then regardless of how long you can sit with them, at least remember the two ears and one mouth analogy, and try to spend twice as much time listening to them than you do talking to them about your business.

5 Simple Hacks to Find Candidate Email Addresses in Under 5 Minutes
Do you need a second opinion after seeing a recruitment specialist?
How to Integrate a 12 Step Topgrading Interview Process Into Your Hiring Strategy
8 Things to do Before Recruiting Your First Employee
7 Recruiting Metrics You Should Really Care About
Going grey can be good for business