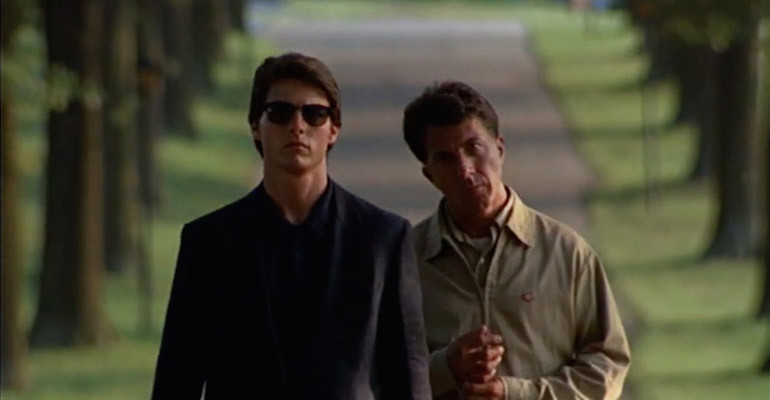 “Rain Man” is one of my favourite movies of all time. Hoffman and Cruise. It won the Oscar for Best Picture in 1988.

I just assume that everyone’s seen it, but if you haven’t, then I would highly recommend you do.

I hadn’t thought about the film in a long time … that was until it came up during a webinar we ran last week, and I’ve been thinking about it ever since – in a whole new light and for a whole host of different reasons.

Dustin Hoffman plays Tom Cruise’s autistic older brother. It’s brilliant. I won’t give any more of the plot away, but let me ask you this: Would you hire somebody with autism?

At a time when the war for high quality talent is such a grave concern for so many organisations, I’ll be completely honest and say that I personally had never even considered accessing such an untapped talent pool.

Our webinar was on “How to expand your reach in a global environment of talent diversity“, and our guest was Jim Stroud – thought leader and advisor on sourcing related initiatives.

I’ve known Jim personally for a while. I’ve seen him present. I’ve been a guest on his podcast “It’s all recruiting“. I’ve read his books “Resume Forensics – How to find free resumes and passive candidates on Google” and “Content is the new Sourcing: Strategies for attracting and engaging passive candidates“. That’s why we invited him to be our guest presenter.

Jim really opened my eyes (and from the feedback and questions we received from our attendees, he opened many eyes!) to such an obvious potential solution to filling some of the hardest to fill jobs by accessing a pool of talent that far too many people would quickly dismiss as being “too different” or “too difficult” to work with.

I’ll pose the question once more. Would you be prepared to hire someone with autism or someone that might be considered “on the spectrum”?

Who’s already jumped on the bandwagon?

There are many large organisations out there who have already recognised the potential sitting there immediately available within the autistic talent pool.

Microsoft, Vodafone Europe, and SAP for example. In fact by the end of 2020 SAP have forecast that they will have employed 600 people with autism.

However this incredibly diligent, hardworking and talented pool of candidates certainly isn’t only being engaged for STEM jobs (those requiring a science, technology, engineering, or math-related degree).

Think about the hardest roles to fill that you have within your business right now. According to the findings that Jim talked through, there’s a strong chance that nearly half of them (around 45%) could be filled by candidates with autism. They are highly intellectual and hungry to work. Surely that would be good for your business.

A highly intelligent group of people actively looking for work

Some companies just don’t know how to (or unfortunately may not be prepared to) hire people with autism.

Jim talked through how easy it is to shift your thinking by considering the following:

Companies including Office Max, Walgreens and Marriott Hotels have even created simulated work environments to train people with autism before integrating them into the ‘real’ workplace.

Jim also referred to Michael S. Bernick’s book, “The Autism Job Club” which will also alleviate many major preconceived concerns. You should definitely check it out.

I’ll admit that I’ve never really considered what it must be like for someone with autism to look for a job. The roadblocks; the objections; and the discrimination. But Jim certainly nailed that argument for why organisations should give such a gifted talent pool more of a chance.