Unemployment graphs are currently the world’s most terrifying 90 degree angle.

Millions are unemployed, and while some may have jobs to return to, not all workers are so lucky. Many are hitting a grim, uncertain job market and applying for jobs with fingers crossed. But are there enough jobs for everyone? What kinds of jobs are available? And, more importantly, are they just as good as the jobs lost?

We used BLS data and our millions of job listings to see what the job market looks like now– and what that means for job seekers.

We looked at overall number of unemployed workers per industry, including ones who lost their job pre-Covid, using data from the BLS. After all, the more job seekers in your industry, the more competition.

We then used our data on job listings (over 3 million), to determine how many jobs were listed for each industry. Our industry classification and the BLS’ occasional differ, so we broke down our industries to the most relevant counterpart. These classification differences led to the clumping together of hospitality/retail/ and food services as one category.

You can see visualizations of our data below.

Which industries have the most job postings for workers? 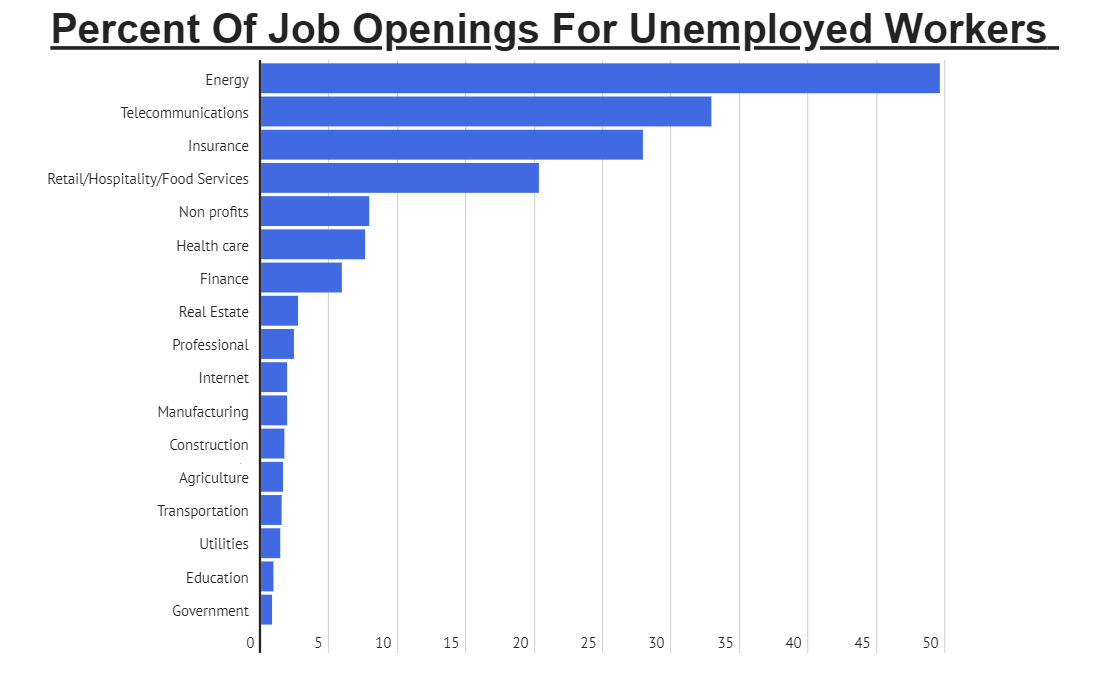 You can see the three industries with the highest number of jobs posting per workers are energy, telecommunication, and insurance. The lowest? Government and education.

No industry has enough job openings for all the unemployed workers. Even energy at the top has less than .5 jobs for every worker.

Ultimately, workers in harder hit industries may be forced to expand their job search to other industries. We also live in a messy world, where these jobs are scattered across the country and some workers will have more options and others less based on where they live. 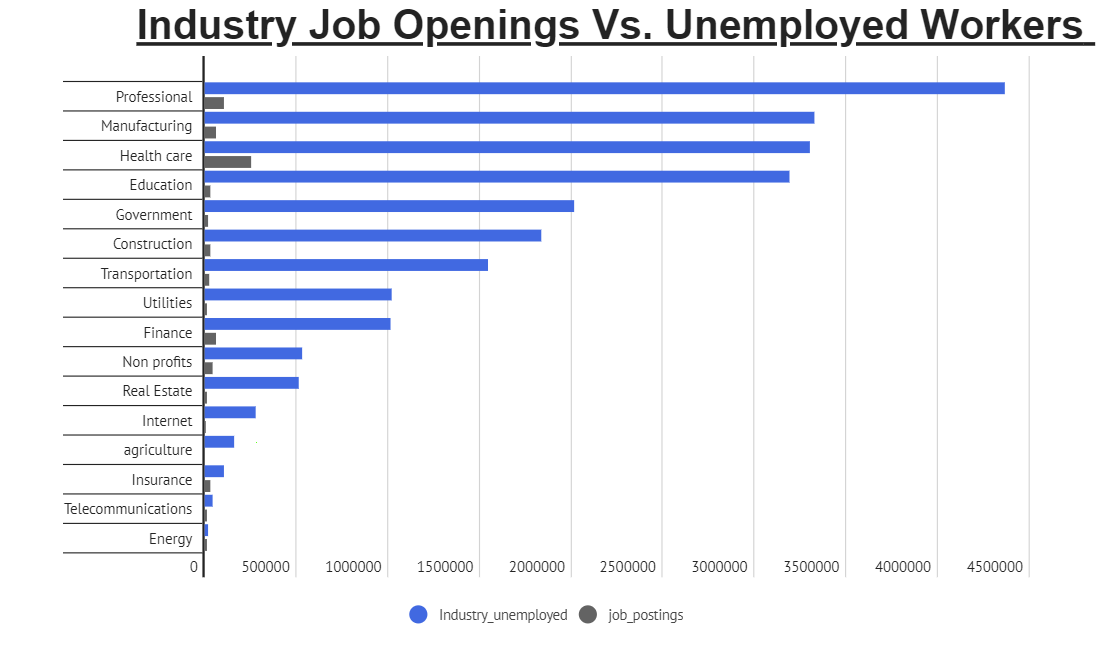 The above chart has the main industries, with the exception of hospitality/retail/and food services which is pictured below due it’s staggering size. As you can see, while no industry has close to the amount of job postings as unemployed workers, some are doing a lot better.

Lots Of Industries Are Hurting 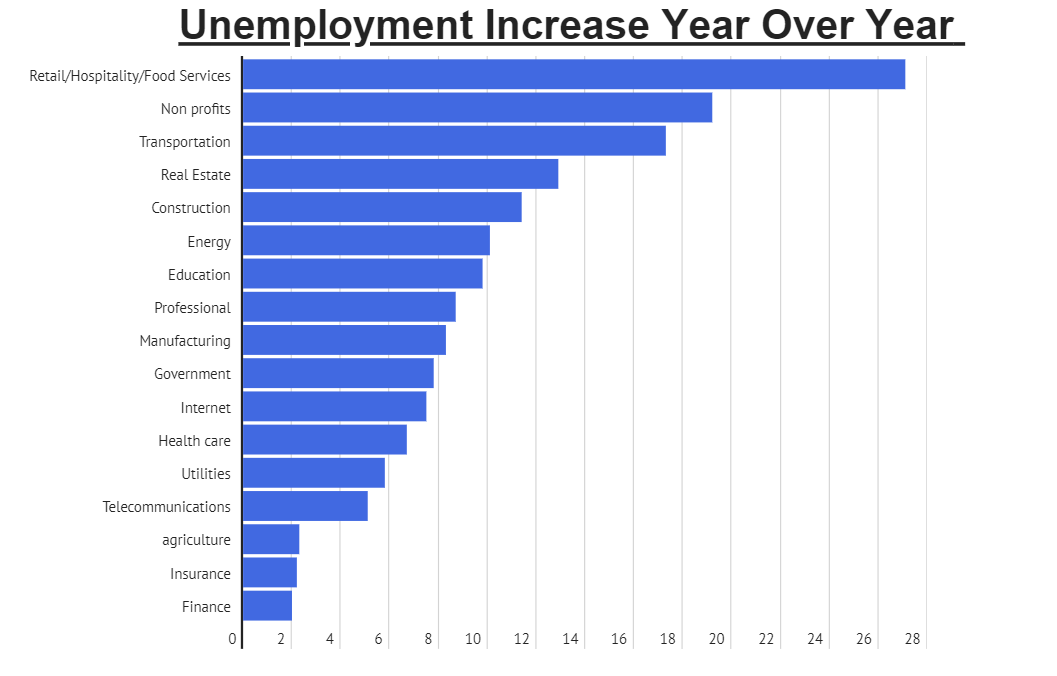 As you can see the increase in unemployment is not evenly spread. Some industries have been heavily battered (retail/hospitality/food services), while others were merely bruised. The insurance industry for example remained comparatively flat year-over-year in unemployment AND has some of the largest number of job posts for unemployed workers.

But what kind of jobs are there in a Post-Covid world?

We also took a peek into the hiring caused by Covid. Many of the most common jobs such as crew member and shift manager are lower paying. Workers who lost a good paying job in professional services will not be eager of well served by these lower paying positions. When combined with the sheer number of job posts in lower paying industries such as food services seen, it is a troubling trend for middle class workers.

Ultimately, many job seekers may find themselves on the losing end when switching industries or with steep competition in their field. However, some workers might be able to make advantageous moves into fields with disproportionately more job listings than others.

There Are More Job Seekers Than Jobs

The fact that there are more job seekers than jobs is no surprise to anyone who has seen the grim unemployment numbers. However, it is important to remember that not all job openings are publicly listed and new jobs are posted daily.

Job seekers should remain optimistic and continue applying– it only takes one job, after all.

However, job seekers should be cautious about taking a pay cut for their next role. One of the best predictors for future earnings is current earnings. A temporary pay cut could cost you in the long run.