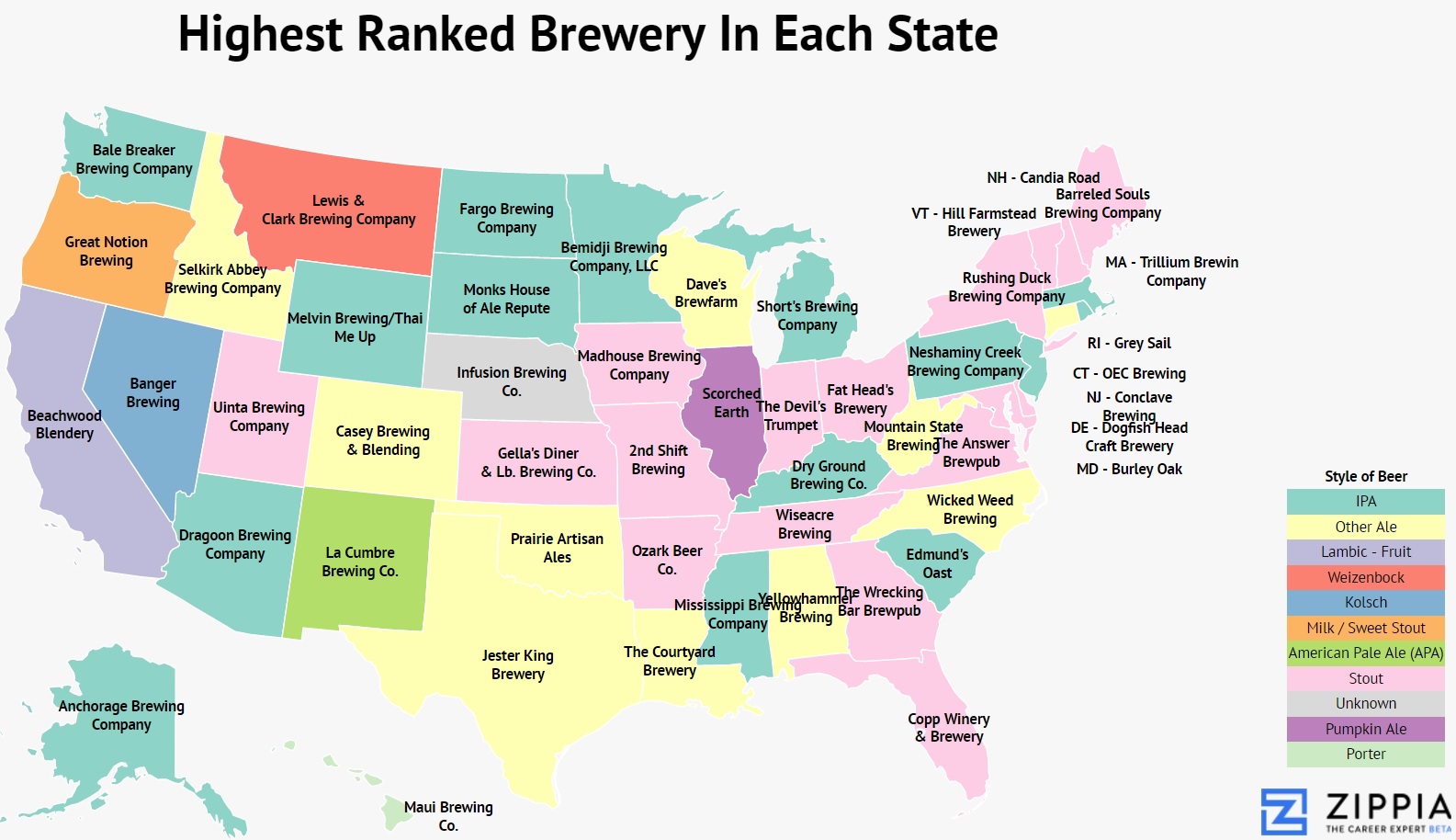 America the Brew-tiful: Mapping the Best Brewery in Each State

Copied!
Editor’s Note: Previous versions of the maps incorrectly identified the breweries in OH and MS.

Do you love craft beer? Then odds are that, somewhere or other, you have a favorite brewery.

Maybe it’s close by and you’re a regular; maybe it’s hundreds of miles away and you can’t go often, but you still make the trek as often as you can.

We compiled a list of the best breweries in each state, based on rating from Beer Advocate. Below, we’ll give you a complete list, but first here’s a quick Top 5: 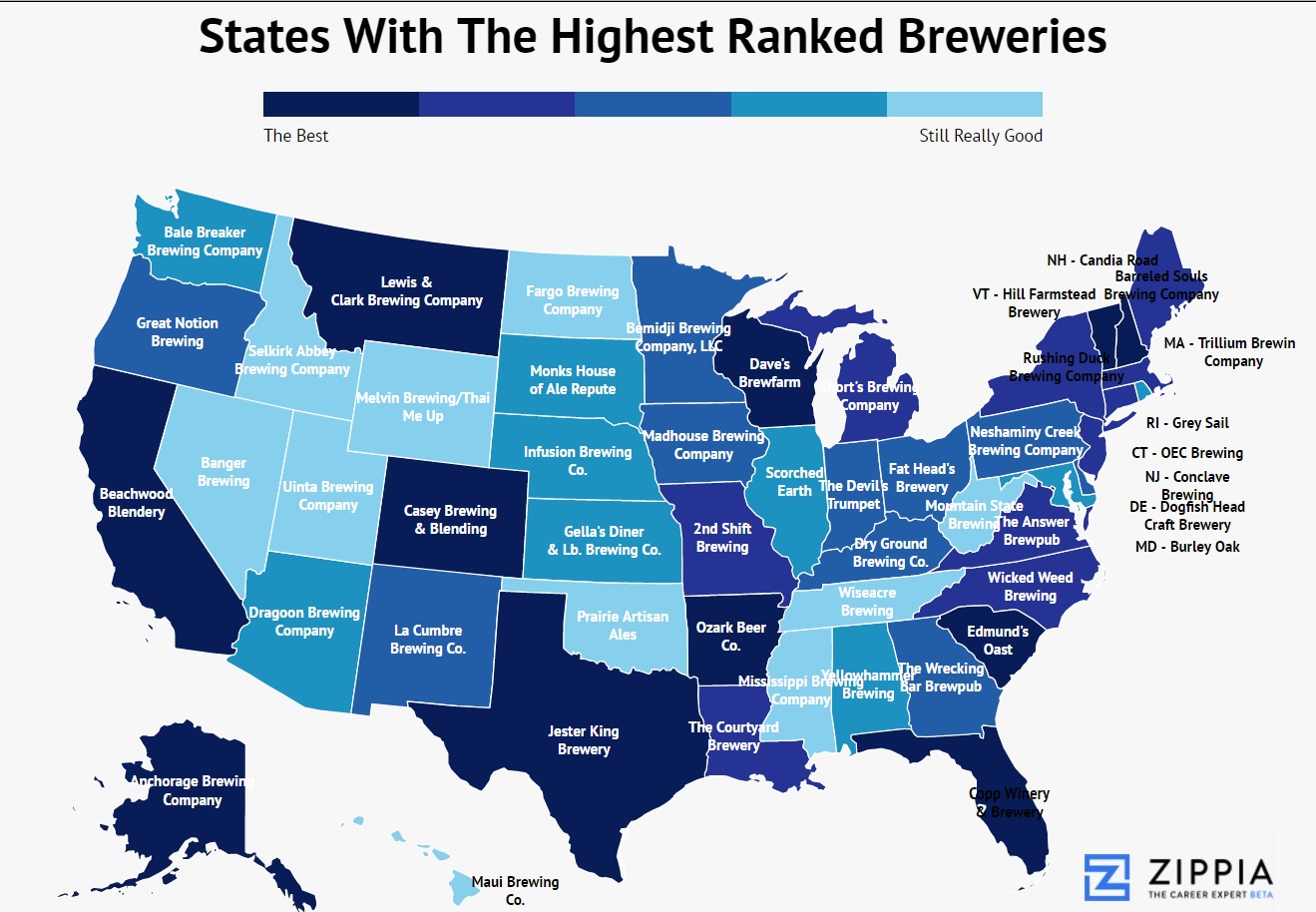 Looking on the website Beer Advocate, we pulled up listings of all the breweries in each individual state. We sorted them by their rating, from highest-rated to lowest. Then we filtered out all the breweries that had less than 10 reviews posted for them, and chose the top one from this list.

That got us the initial list. Then, because we were curious, we looked at the breweries themselves and tried to find the top-rated beer for each one. We used roughly the same process, sorting the beers by their rating, and filtering out any that had less than 5 posted reviews.

Evidently, Alaska has a lot more to offer the beer world than I would have guessed.

Here are the top breweries in America (Ties shown with the same rank):