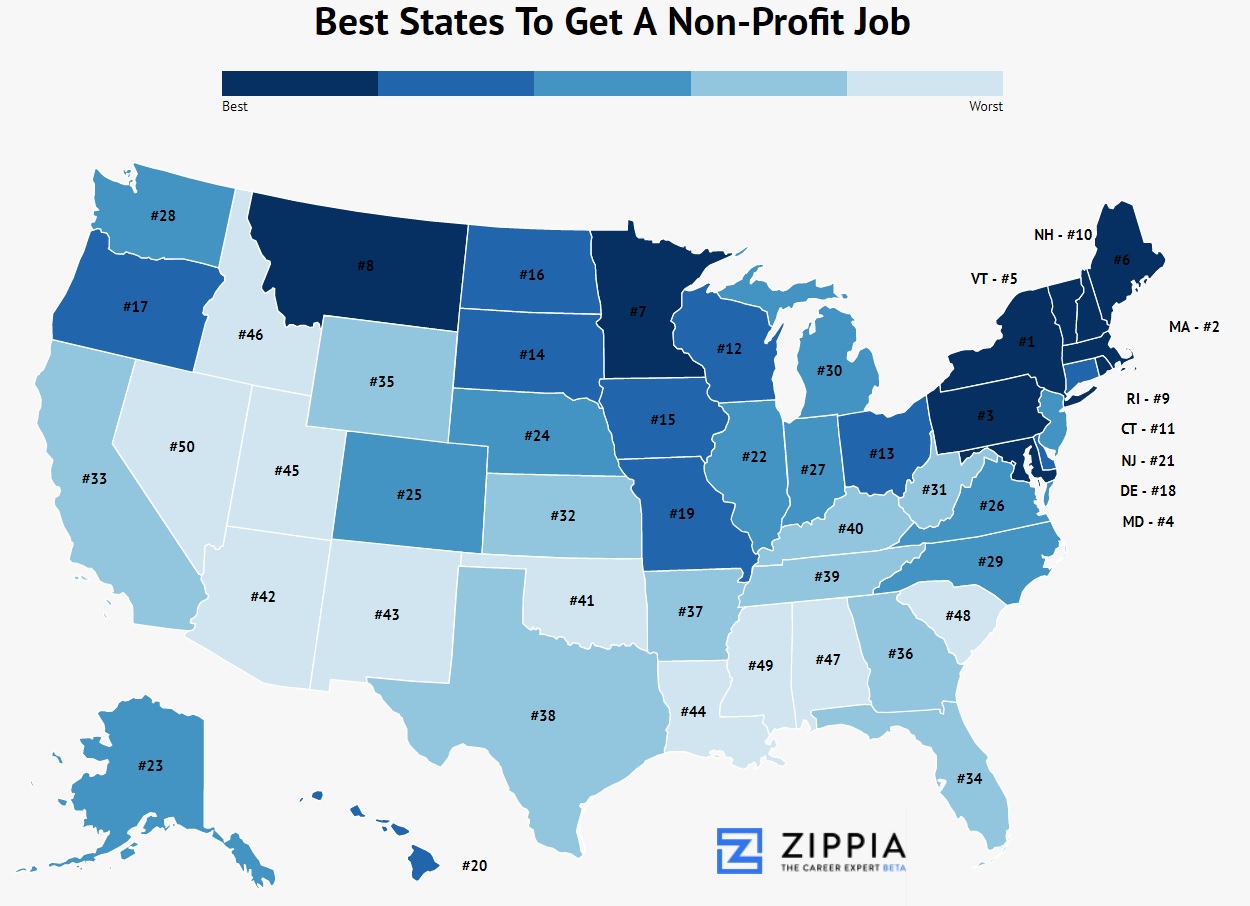 A Fortune study found that nearly two-thirds of people between the ages of 18 and 34 were more likely to want to work for a company that gave to charity than one did that not — but what if you want to do more?

What if you want to actually work for a charitable organization?

Well, obviously you search for one online — but not all states are equal when it comes to providing more opportunities to work for non-profit organizations (NPOs).

Well, you’re in luck, because we’ve ranked the best states for finding such jobs — which can be pretty lucrative, considering the whole “non-profit” things. Here’s a look at the top ten:

We have the complete rankings at the bottom of the page, but first, you may be wondering what makes a state superior to others when it comes to hosting NPO jobs.

How we determined the best states for non-profit jobs 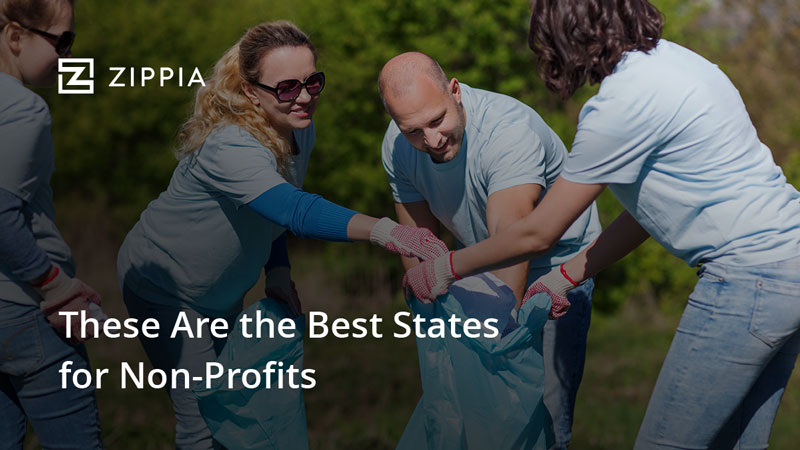 We wanted to paint a picture of states that weren’t just friendly to forming NPOs but actually getting NPO jobs, so we found statistics that painted a rounded picture and created an index from them using the following:

We ranked the states by these three criteria, then gave them points based off of their rankings — this formed our index, and the state with the highest one… won.

As a note, something to be aware of is that the “location” of a non-profit is where it’s incorporated — it doesn’t necessarily do its business in that state. So one of the more telling stats to compare this to is how many people are employed by NPOs in that city.

New York’s Lawyers for Public Interest notes that the state heavily regulate nonprofit formation and operation — so they say “it’s not uncommon for a not-for-profit corporation operating in New York to be incorporated in Delaware.”

You can’t spell NPO without “capitol”

If Washington, D.C. was considered a state in this ranking then it would win, hands-down, in pretty much every category. Of all people in the Capitol who aren’t working for the government, 26.6 percent are working for one of its 8,132 non-profits.

And this isn’t counting the ones in the surrounding areas that are often considered to be de facto parts of D.C. — about 3,500 NPOs are located in Bethesda, Reston, Alexandria and Arlington, cities that are more or less D.C. suburbs.

This is in keeping with most of our results — except in cases of the metropolises like Los Angeles and Chicago, the greatest concentrations of NPOs are in the states’ capitols.

Granted, the state capitols tend to be in the largest cities, but the primary reason for this is a need for the NPOs to interface with lawmakers and the other movers and shakers.

And then there’s the exception: New York

New York is rated as one of the best places to start a non-profit, and it simply kicks ass at NPOs, pure and simple.

It’s population size lends itself to it having the second most NPOs in any state (76,889), but somehow this dilutes neither the number of people working for them (I kid you not, 18.1 percent) nor the per capita level (it’s ranked ninth).

The thing is, you might roll your eyes like me and say “Yeah, yeah, I get it, NYC is the best at everything,” but only about 20 percent of New York’s NPOs are in The City.

The non-profits you’d likely be working for

And what’s the largest, most profitable non-profit in this city of non-profits? Probably the best-known, most non-profitiest NPO: the American Red Cross.

Knowing that, what do you think the biggest are in the other states?

It’s either healthcare or a university (with a big healthcare system). Seriously.

When it comes to the most profitable non-profit in each state, in literally every state it’s healthcare or a university system.

So if you want a job for a big NPO, forget public health or policy — become a nurse.

The Best States for Getting Non-Profit Jobs