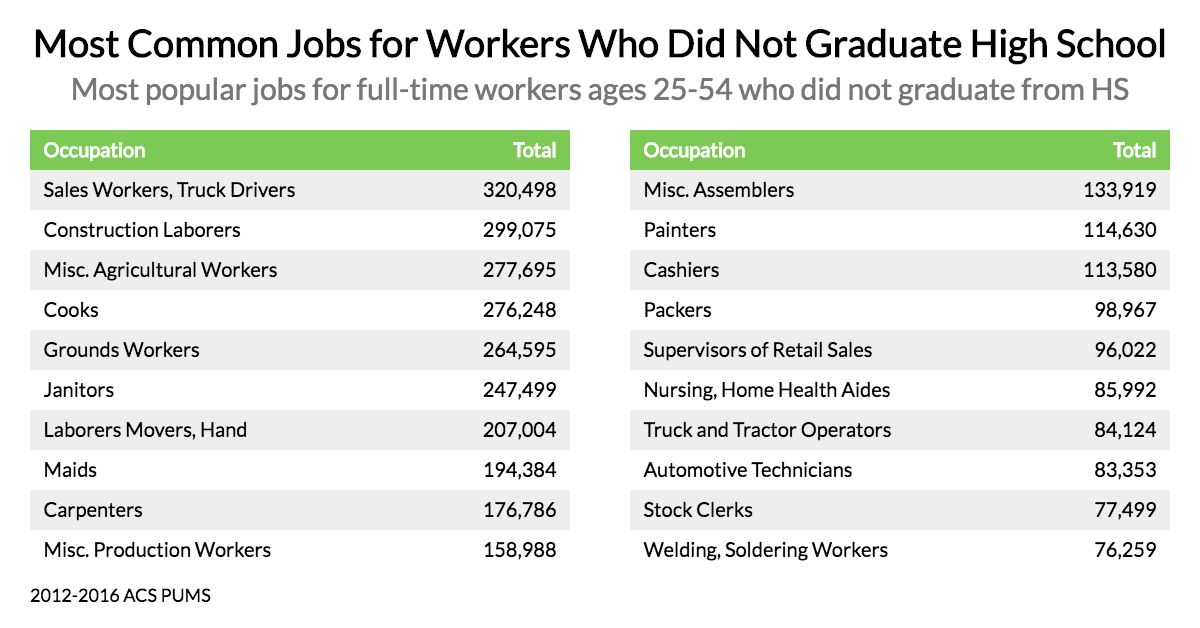 These Are The Most Common Jobs For Non-College Graduates

While college enrollments declined for the sixth straight year n 2017, a clear sign that prospective students are becoming less infatuated with the prospect of education past high school, average income still rises with higher education.

Whether this slump in opinion of postsecondary education comes from the rising cost of college or a intrinsic belief that they don’t need a degree to get ahead in life, students today seem to be focusing their eyes on stopping education as soon as they can.

Many of the most common jobs for those who’s highest education is a high school diploma or less do not require a college degree. Granted, these occupations’ incomes are often capped. 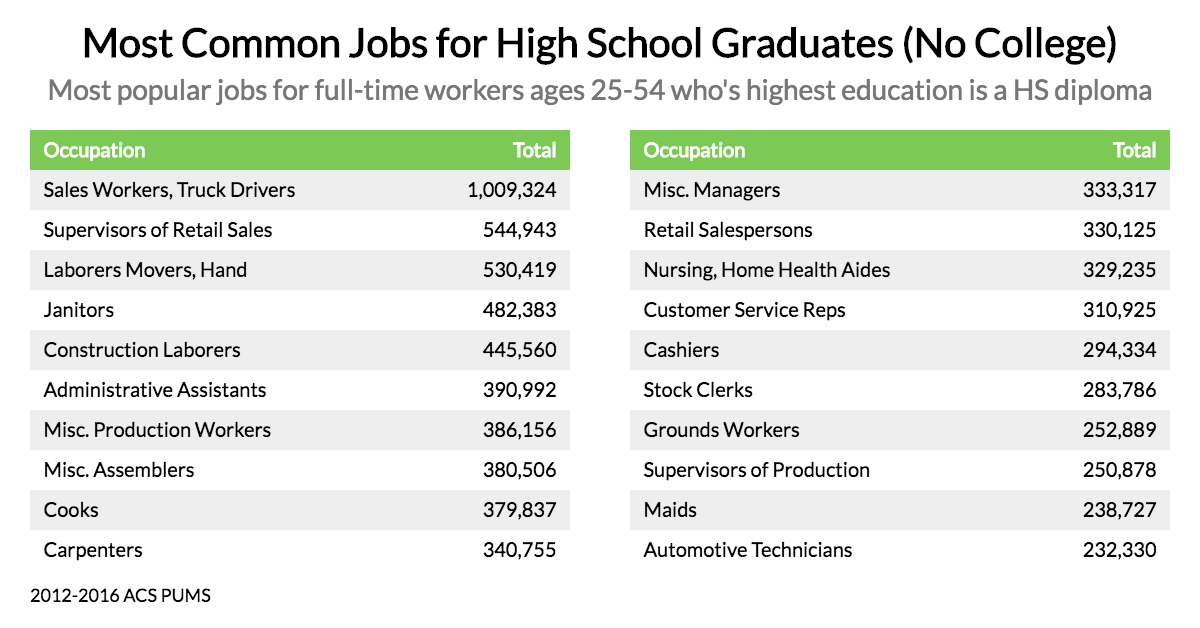 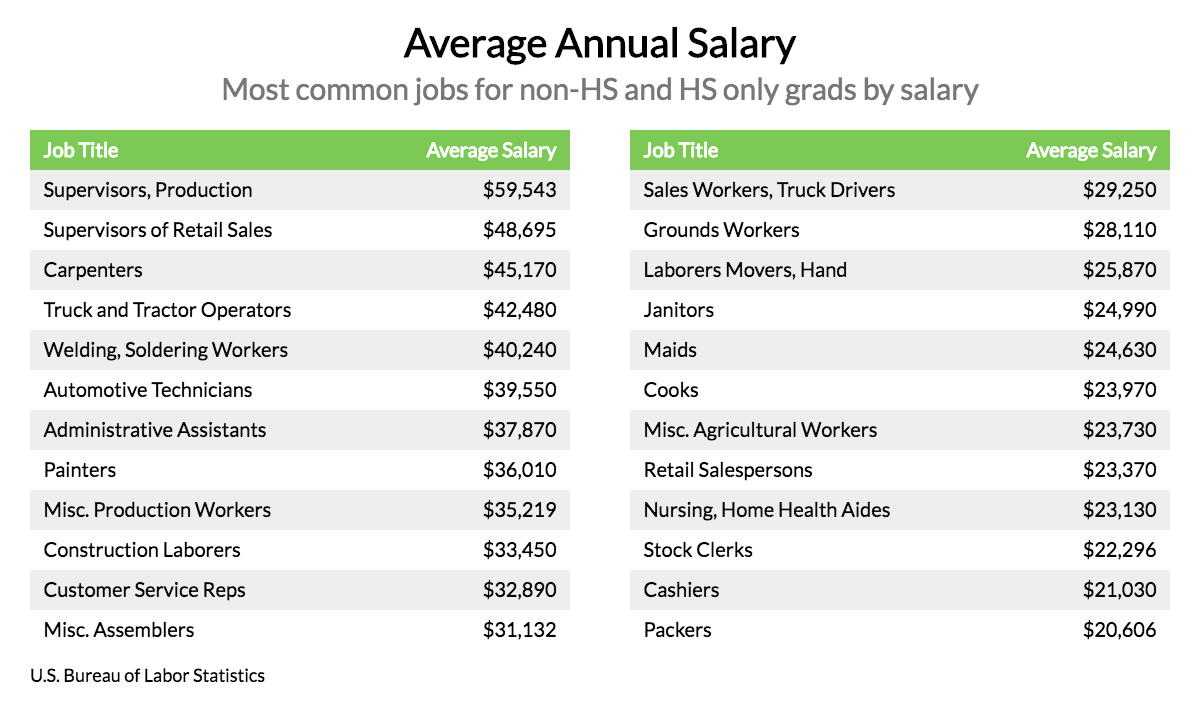 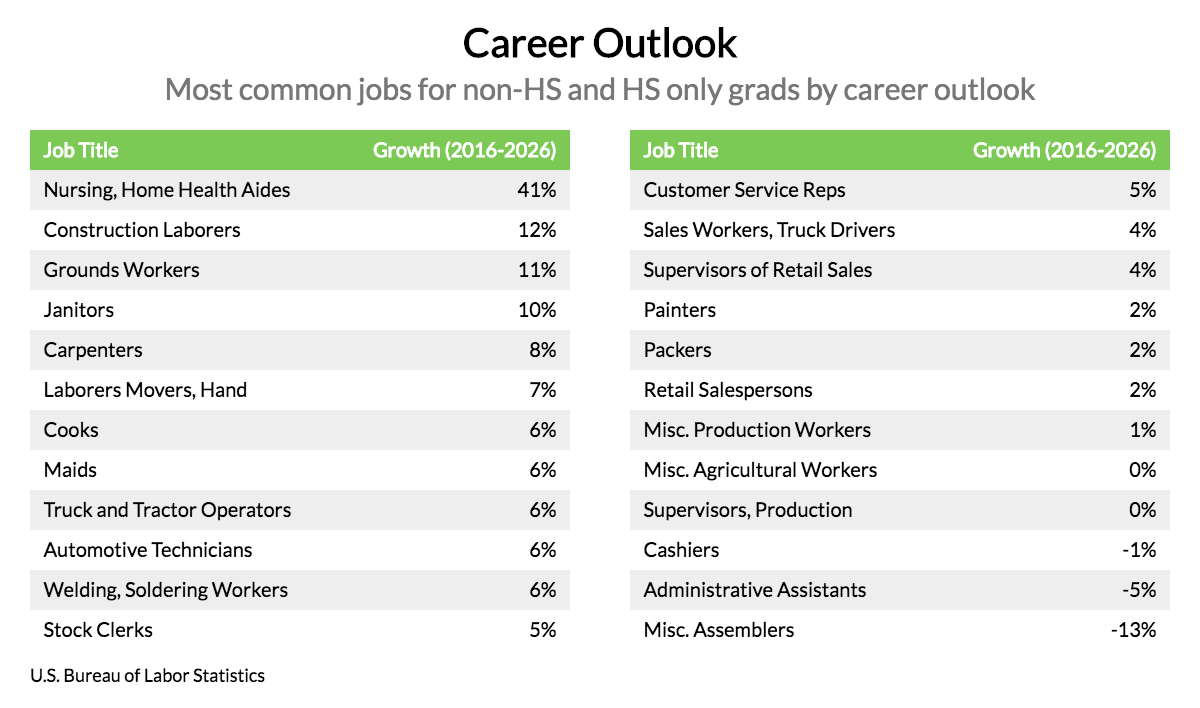 By slicing the data from the 2012-2016 American Community Survey PUMS dataset, we were able to separate those individuals whose highest education level was a high school diploma or less.

We only analyzed those ages 25 to 54 who were full-time workers. This is the Prime Working Age cohort.

We then analyzed the data to see what job titles were the most popular for two groups – those with a high school diploma and those without one.

According to the Bureau of Labor Statistics, those with less than a high school diploma make a median wage of $520 per week. That’s $27,040 per year.

Those numbers rise slightly for high school grads to $712 and $37,024, respectively.

However, when comparing these numbers to those with a bachelor’s degree or higher, it’s clear education still pays in the long run.

In conclusion, while the cost of college continues to rise throughout the country, education still greatly increases a person’s income over time.

So, you kids in 11th grade calculus that can’t seem to find the light at the end of the tunnel – just know that if you stick with school long enough, you’ll begin to reap the rewards.

Best Companies to Work For in Oklahoma City

Best Companies to Work For in Jacksonville

Best Companies to Work For in Chicago, IL