Here are some key statistics on paternity leave in the US:

For further analysis, we broke down the data in the following ways:
State | Company | Benefits | Stigma | Trends 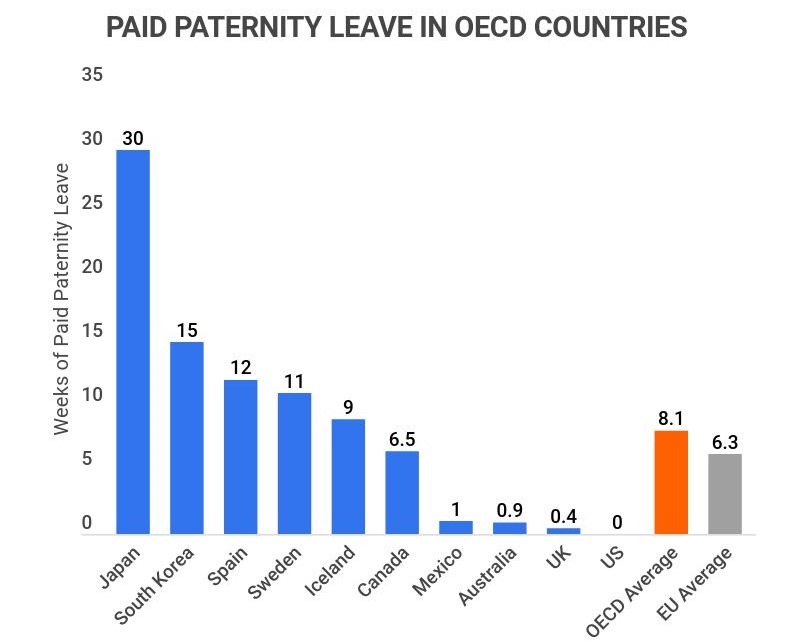 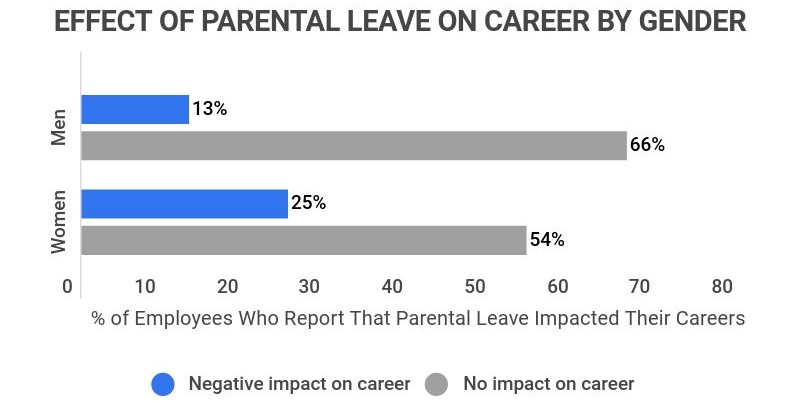 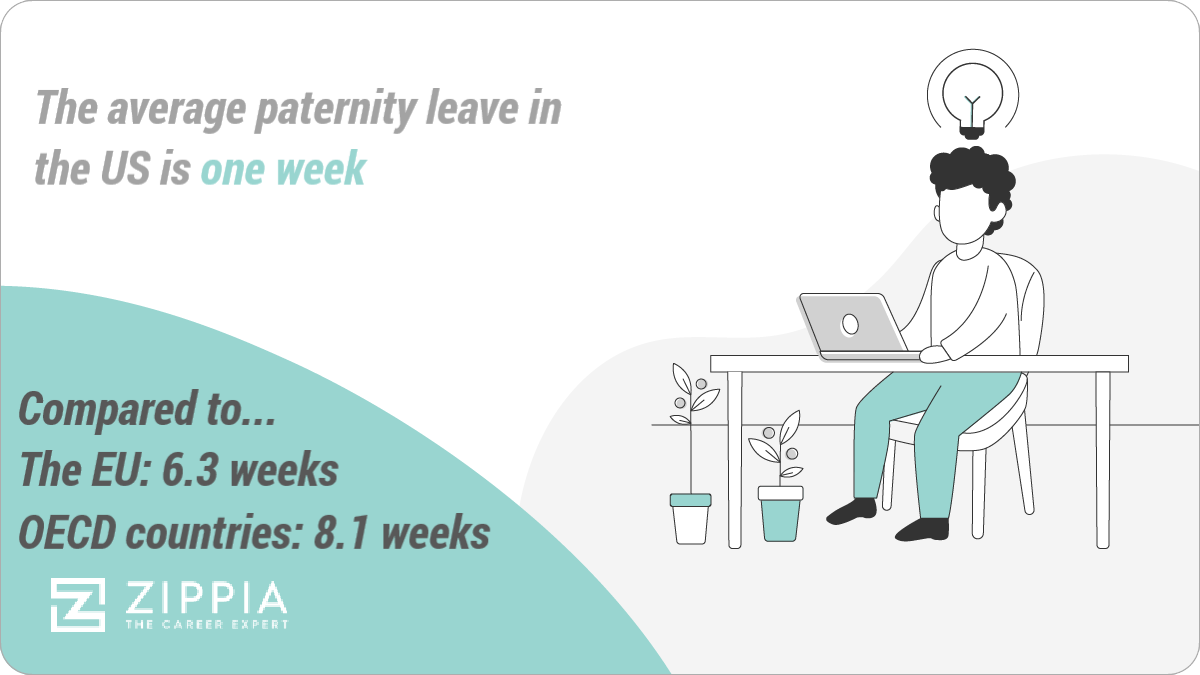 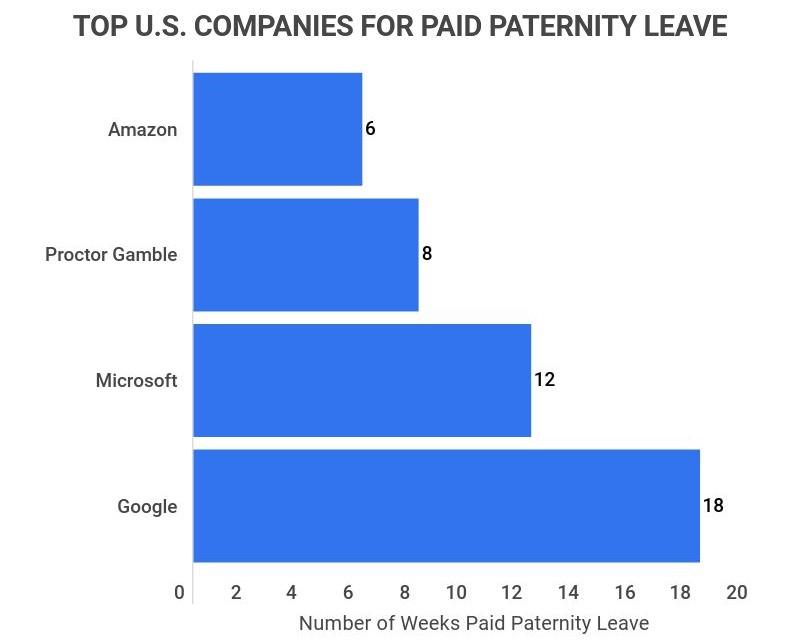 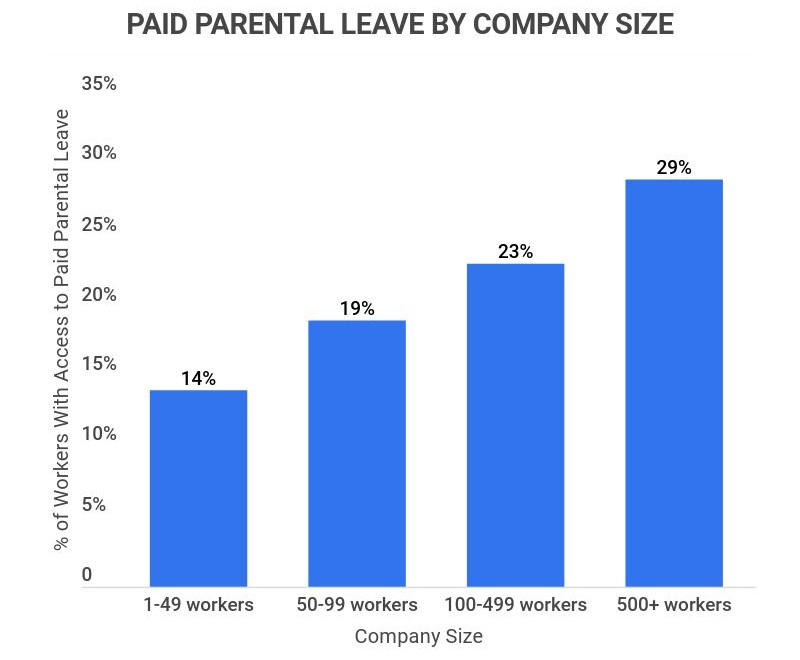 The global rise in paternity leave has encouraged an array of positive effects for fathers, their families, and their place of employment. Some of the key benefits being that fathers have time to bond during an influential time in their child’s life, it strengthens the spousal relationship, and it seems to inspire a renewed sense of passion in employees.

Access to longer paternity leave has also been shown to decrease the likelihood of depression in new mothers because they can split up parental responsibilities with their partner during a transition period that can often be overwhelming otherwise.

Despite the extremely positive influence that providing paternity leave can have, the United States lags behind on providing this benefit.

While the Family and Medical Leave Act (FMLA) of 1993 has moved the perception of parental leave in the right direction, this legislation isn’t all-inclusive. The FMLA only covers a small portion of people who have worked for companies with over 50 employees for more than 1,250 hours in the year before taking the leave.

On top of that, even qualifying employees are only entitled to unpaid leave through the FMLA, which is simply not an option for the majority of households following the birth or adoption of a new baby.

Beyond the FMLA, individual states make their own rules regarding mandatory parental leave, and most workers are at the mercy of their employers. Even if an employer does offer paid paternity leave, this is usually provided at a reduced rate. In New York, the state with the most comprehensive parental leave laws, only up to 66% of an employee’s salary is covered.

When financials are incredibly important to a growing family, 86% of men state that they would not take paternity leave unless at least 70% of their salary was covered.

Welcoming a new child into the family should be filled with untethered happiness, but the lack of access to paternity leave can hinder this special time. Moving forward, the United States and its companies must catch up to the paternal leave policies of other countries to improve the lives of employees and their families.