To find out more about common maternity leave policies in the U.S., we’ve gathered all of the most essential facts and statistics. According to our extensive research:

For further analysis, we broke down the data in the following ways:
Unpaid vs. Paid | Industry | Company Size | Region 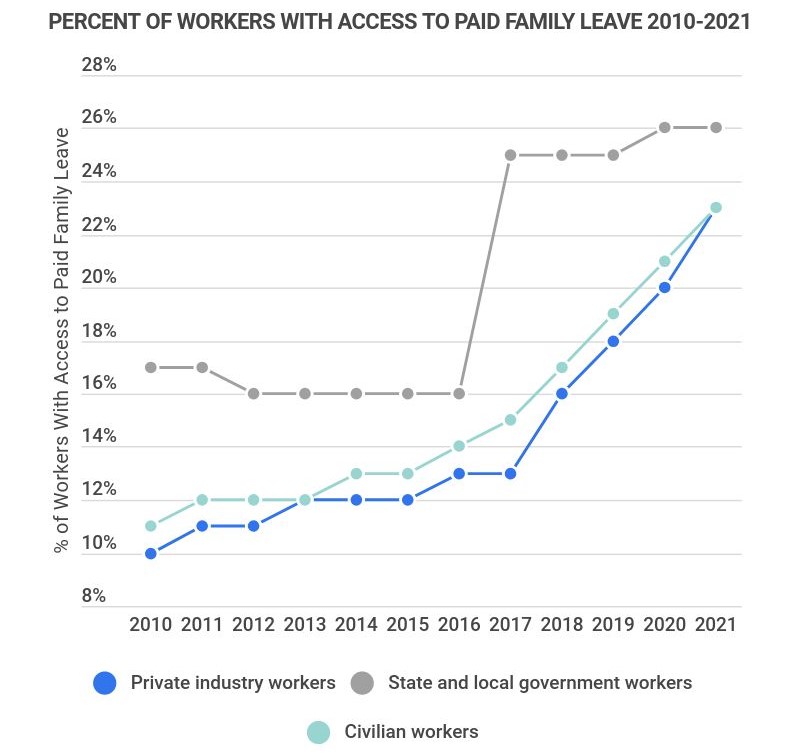 Percent of Workers With Access to Paid Family Leave 2008-2021 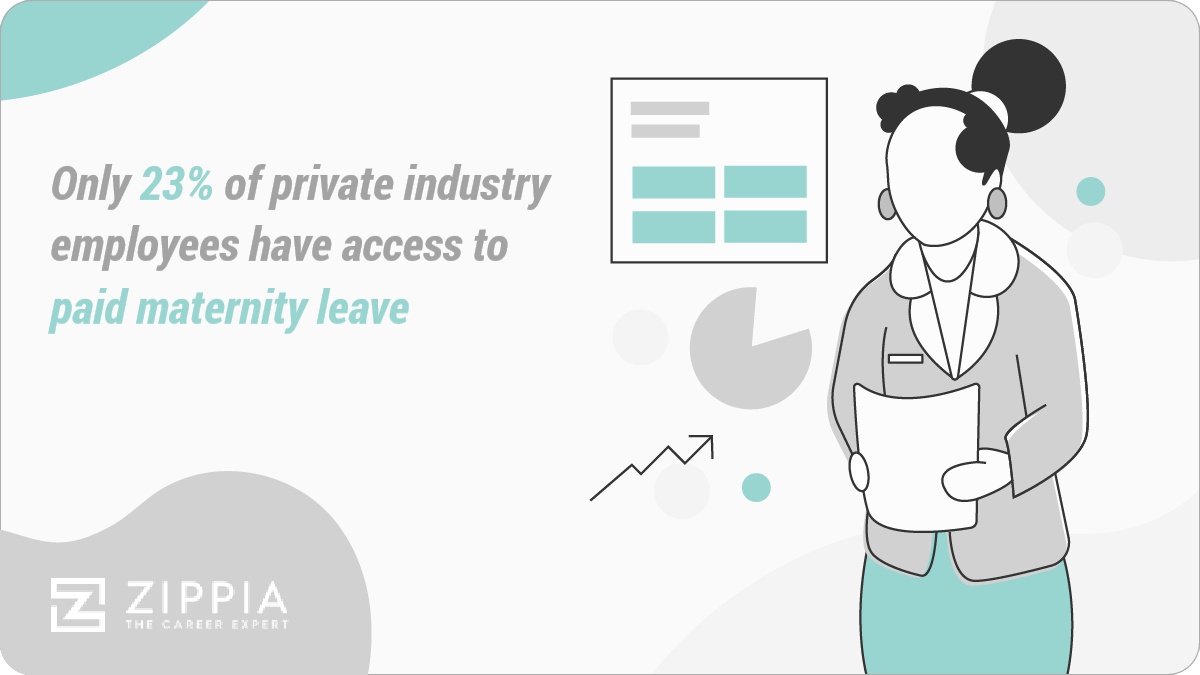 Given that the U.S. is behind other countries regarding paid maternity leave, does this affect how new mothers use it? Yes, as new mothers in the United States take surprisingly little time off. Here are some insights our research uncovered: 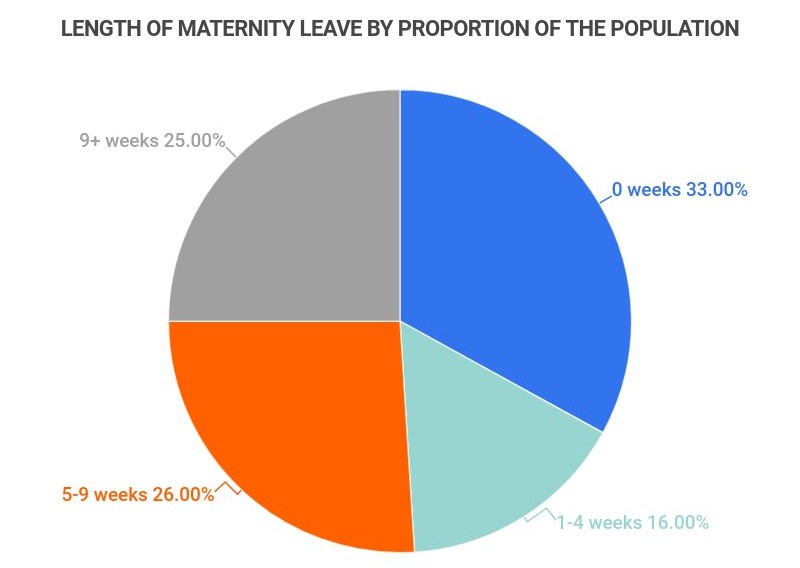 Length of Maternity Leave by Proportion of the Population

Though paid maternity leave can be hard to come by in the United States, some industries and fields offer it more than others. According to our research:

Jobs With the Highest Rate of Paid Maternity Leave

Jobs With the Lowest Rate of Paid Maternity Leave 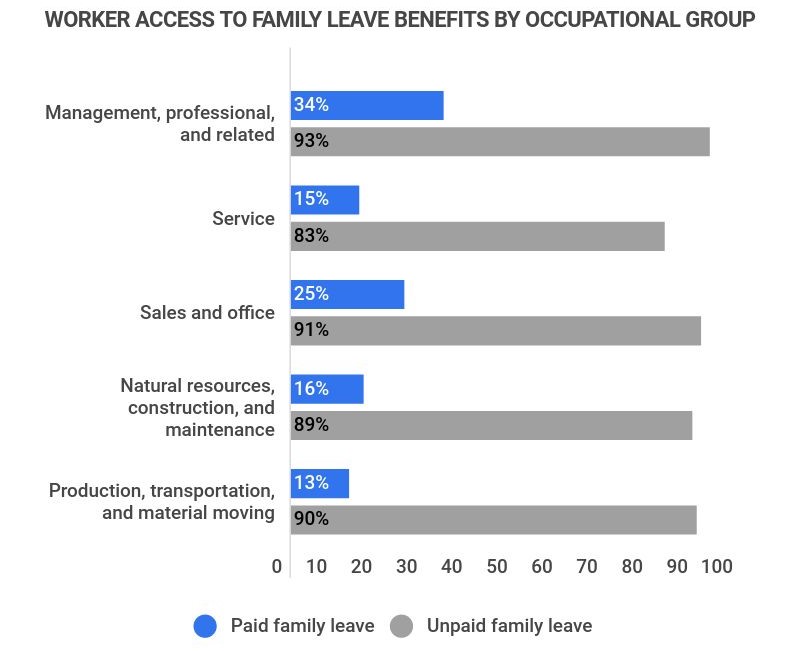 Whether you work for a private company or the government can also impact your chances of receiving paid maternity leave. In general, federal employees have far more access. Here’s what we found:

Last, but not least, because the states have so much autonomy in the U.S., there can be a huge difference in maternity leave between them. For instance, states like Massachusetts and California offer more paid maternity leave than Florida. Here are the facts: 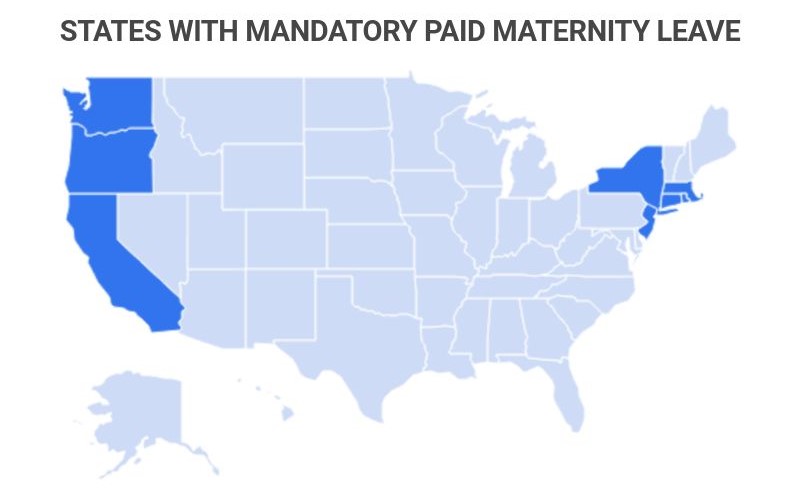 However, the lack of an overarching policy also creates large disparities between private and federal employees and employees from different states or companies. For example, states like Massachusetts require at least 12 weeks of paid maternity leave for eligible employees, while loopholes in Louisiana leave 63% of employees without access to maternity leave.

Luckily, things seem to be moving in the right direction. Of the 8 states that now have mandatory paid leave, many of which have passed these policies within the past two years. On top of that, 70% of small businesses support a national paid leave policy, despite only 15% of their employees having access right now.

With the implementation of more paid maternity leave policies, the U.S. could see a shift in the number of people who have access.