The Cost Of A Bad Hire [2022]: How Bad Hires Impact Business

Research Summary. The process of hiring a new employee can be strenuous and expensive, but it’s worth taking the time to do it right the first time because a bad hire will cost your company even more. Here are some statistics on the costs of a bad hire:

For further analysis, we broke down the data in the following ways:
Company Size | Job Level | Other Costs | Bad Hire Prevention 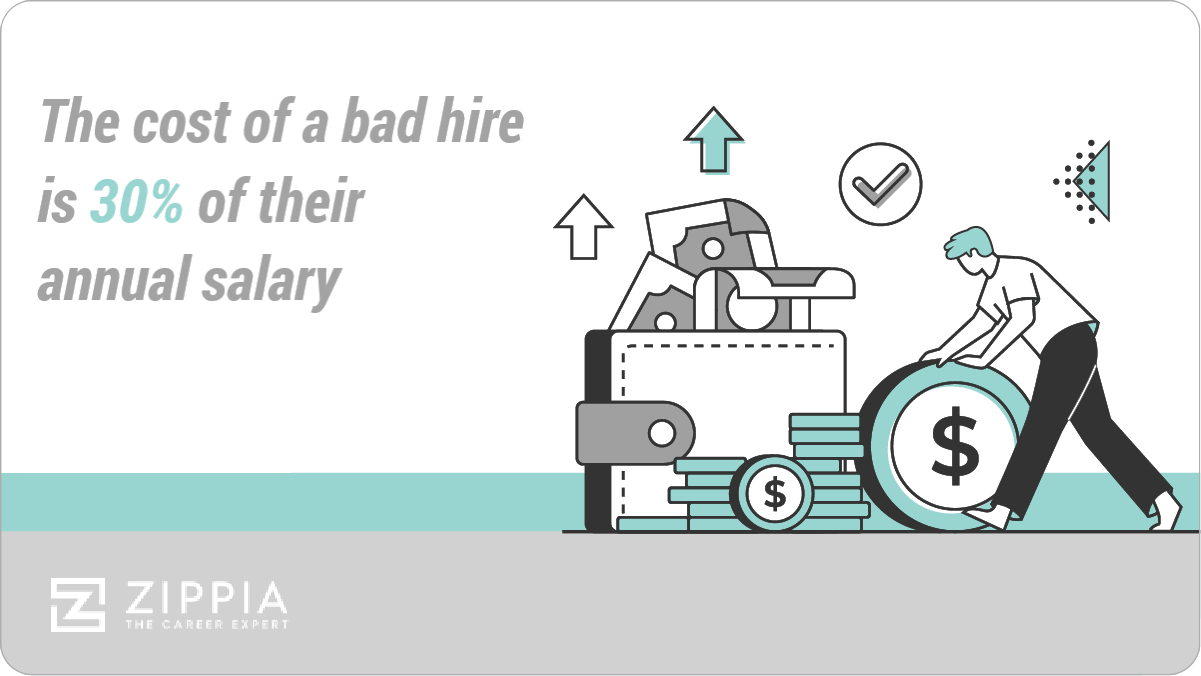 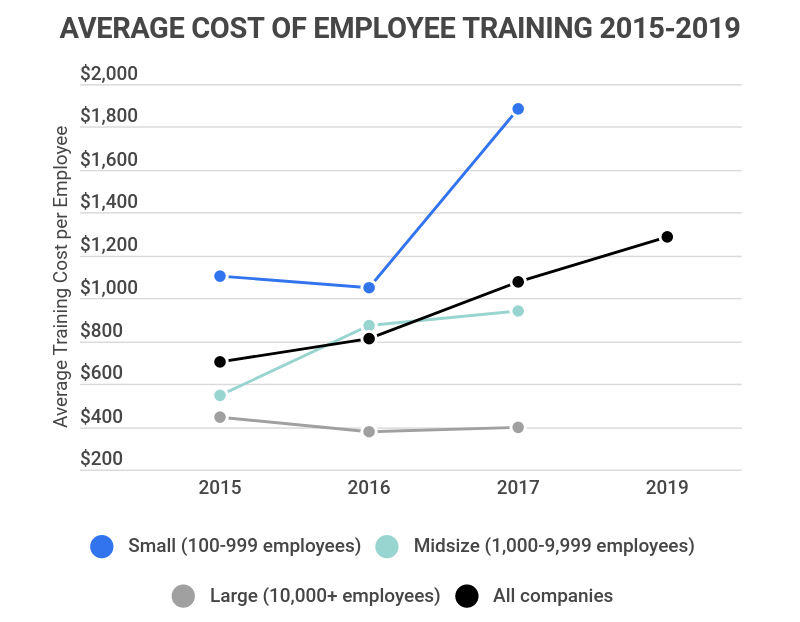 Cost of a Bad Hire by Company Size

Cost of a Bad Hire by Job Level

Other Costs of a Bad Hire 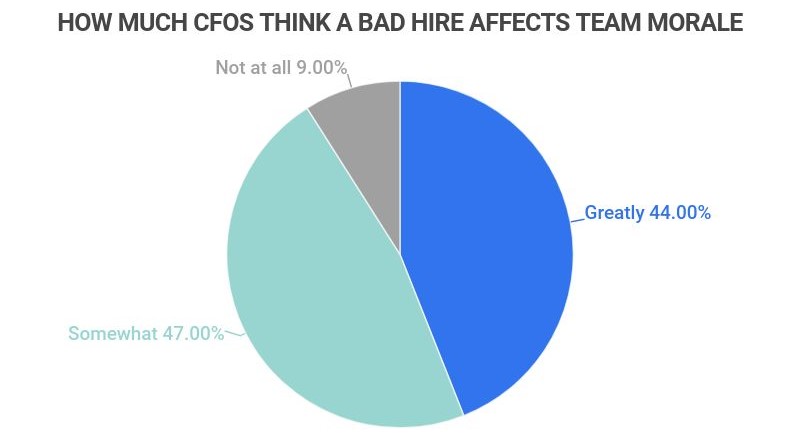 How to Prevent the Costs of a Bad Hire 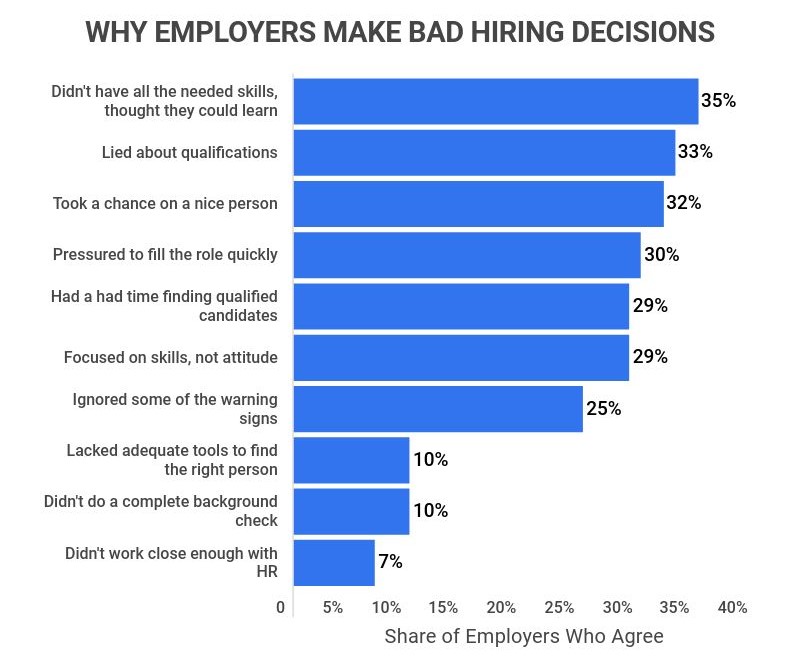 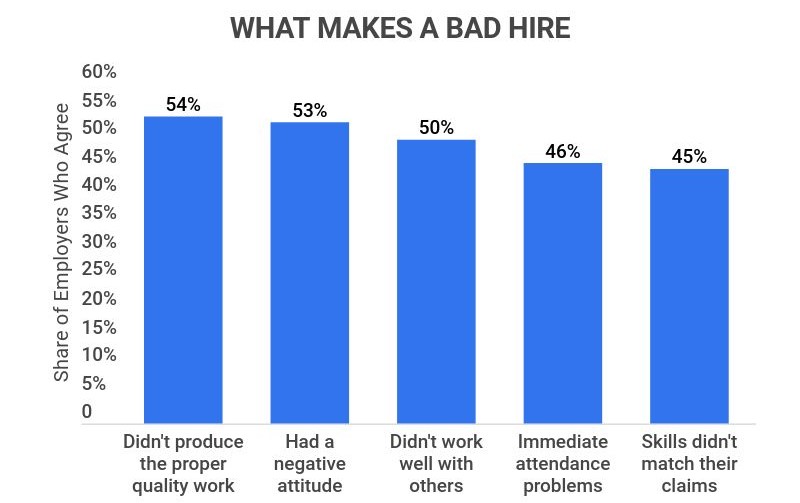 Cost of a Bad Hire FAQ

It can be draining to spend the time it takes to make a good hiring decision. The hiring process is not for the faint of heart, from writing and rewriting the job description and requirements to screening applications to conducting interviews.

Taking this time to thoroughly vet candidates is worth it, though, as making the wrong hire can cost your company an additional 30% of the position’s salary and up to 215% of it if the bad hire is an executive.

In addition, making a poor hiring decision can reduce the rest of your team’s morale, since they’ll have to pick up the slack. This impacts the company’s productivity, which carries over to the organization’s bottom line.

For all these reasons, it’s important to thoroughly screen candidates to ensure they have the skills required, the right attitude, and the ability to meld with your company’s culture.