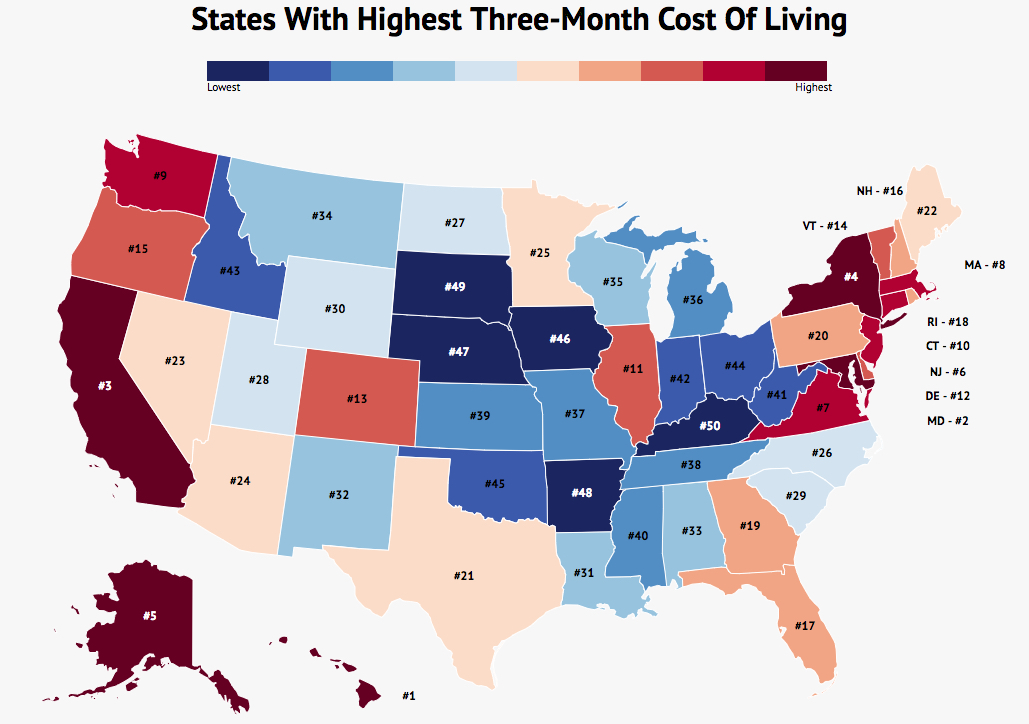 Shocking news there. But stuff happens. Whether it be your company downsizing, program being cut, or maybe you overslept one too many times, people lose their jobs every day.

So, in the event that you were to lose your source of income, how much should you have saved to survive in your state? We found out for you.

States With The Highest Three-Month Cost Of Living

Using the MIT living wage calculator, we gathered data to see how much you should have saved to survive three months of unemployment in each state. 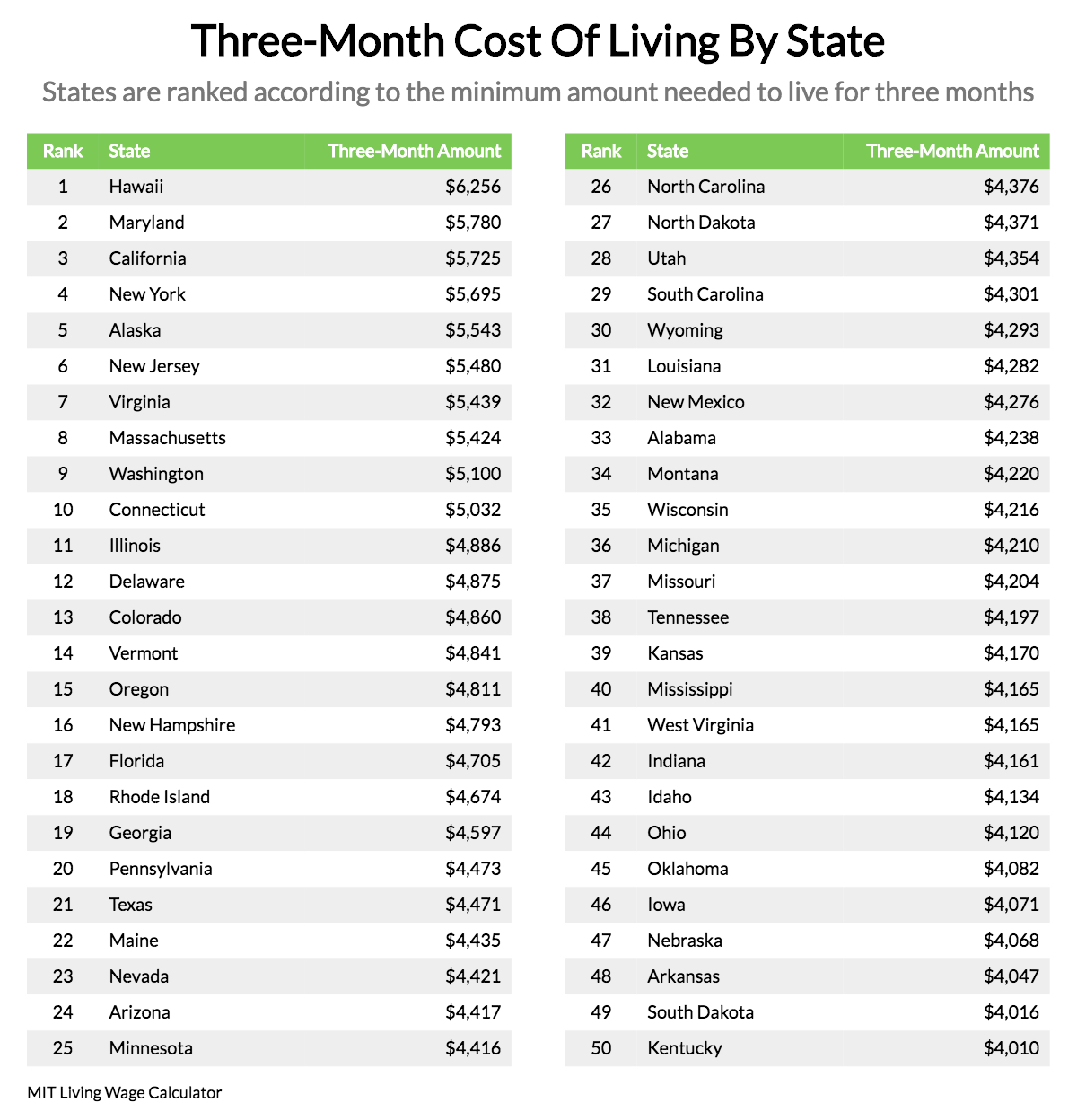 Using MIT’s living wage calculator, we did some pretty simple math to put this study together.

We divided each state’s annual average of food, housing, transportation, and other groups by 12. We then multiplied those numbers each by three to get the three-month average for each group.

We left out medical expenses because we thought, if you’re unemployed, unless you’re on the verge of death, hospital visits probably aren’t at the top of your to-do list.

Important note, all of our numbers are from the perspective of one adult living by him or herself. No spouses, no kids, just you. So this is how much you would need to have saved to live for three months in each state.