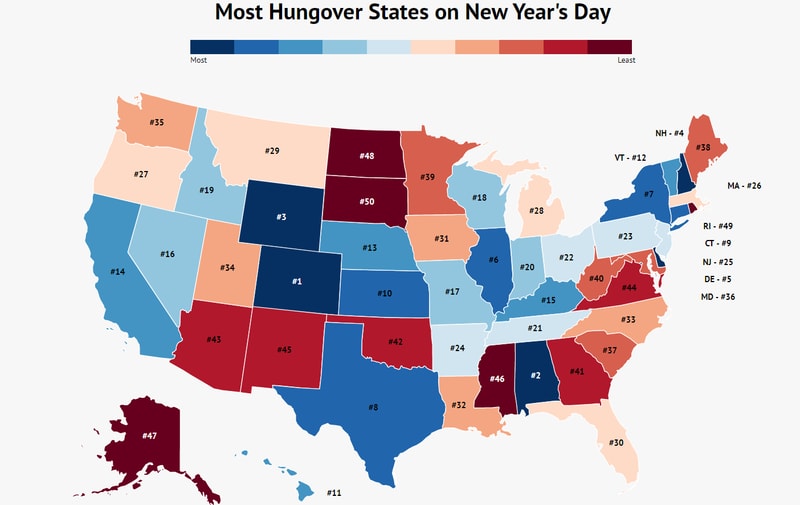 With the holidays coming to an end, the drinks have slowed and the hangovers have commenced.

And those states are battling the worst hangovers in the U.S. right now.

There’s just something about starting your new year off right, and with a hangover your year is doomed from the beginning.

So we found the states that searched the most for a hangover cure right around New Year’s Day. Our advice? Maybe just drink less next time.

Summary of the Most Hungover States on New Years’

HOW WE DETERMINED THE MOST Hungover STATES

This one was fairly simple.

We turned to Google Trends to find which states were searching for some good old internet medical advice for their hangovers.

Odds are pretty good if you’re googling “hangover cures” and “how to get rid of a hangover” your head is pounding and you want to die.

We looked at search volume from December 31st to January 4th, giving everyone plenty of time to stop drinking and wish they hadn’t drunk quite as much.

When There’s No Cure

There may be no cure for a hangover, but we’re going to bet that’s not going to stop you from drinking.

Just as sure as Colorado woke up with a splitting headache on New Year’s Day, people will continue drinking too much on New Year’s Eve.

Most Hungover States on New Year’s