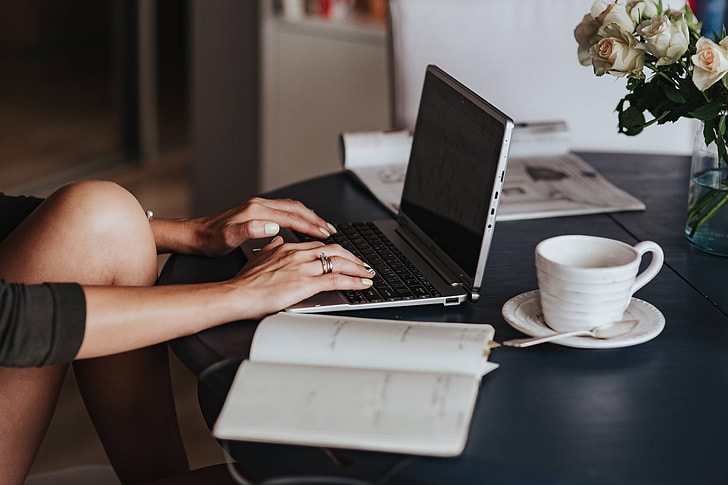 Zippia Poll: 88% of workers think the unemployment system is broken

by Kathy Morris
Study - 2 months ago

Unemployment is at record highs

Many American workers were greatly relieved by the passage of the CARES ACT, which grants unemployed workers an additional $600 a week until July 31st. However, many still working were frustrated to realize their weekly paycheck is less than they would receive in unemployment.

As the government considers extending the CARES ACT, many argue against extending the $600 a week stipend, arguing it incentivized workers to remain unemployed. Others argue that on standard unemployment benefits it is difficult to get by.

We surveyed 500 American workers to see their thoughts on the unemployment system during this spike of unemployment.

Below are some more highlights from Zippia’s survey:

We surveyed 500 American workers. Each worker was asked the same set of questions about their feelings on the CARES ACT and current unemployment system. Below you can see visualizations of our main findings. 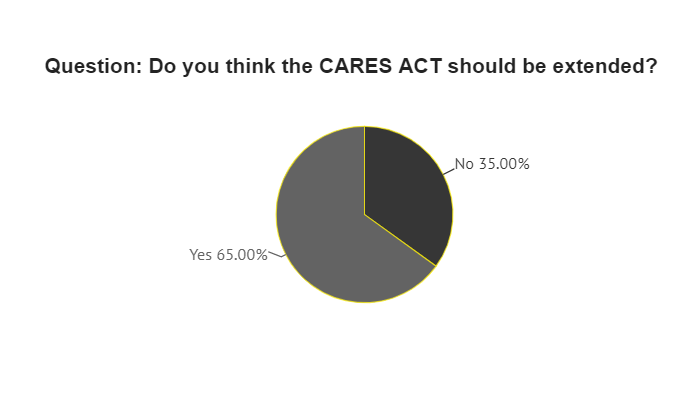 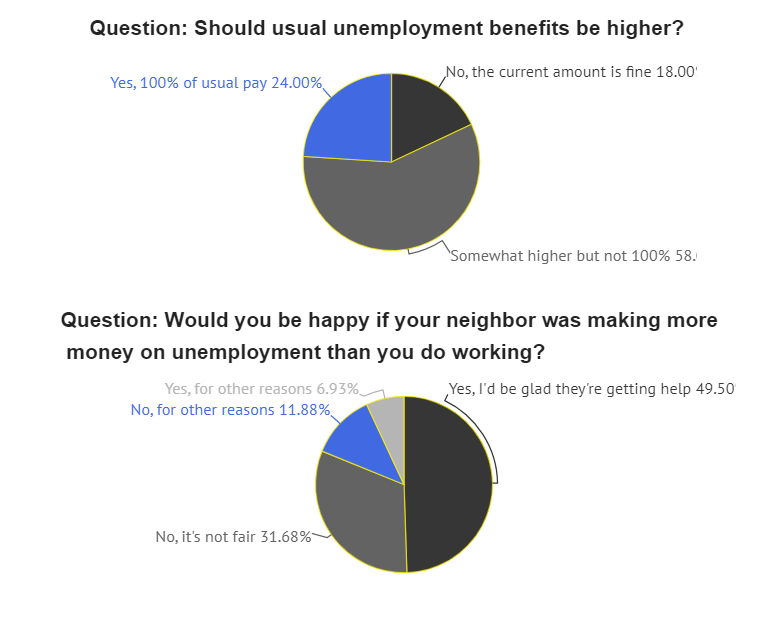 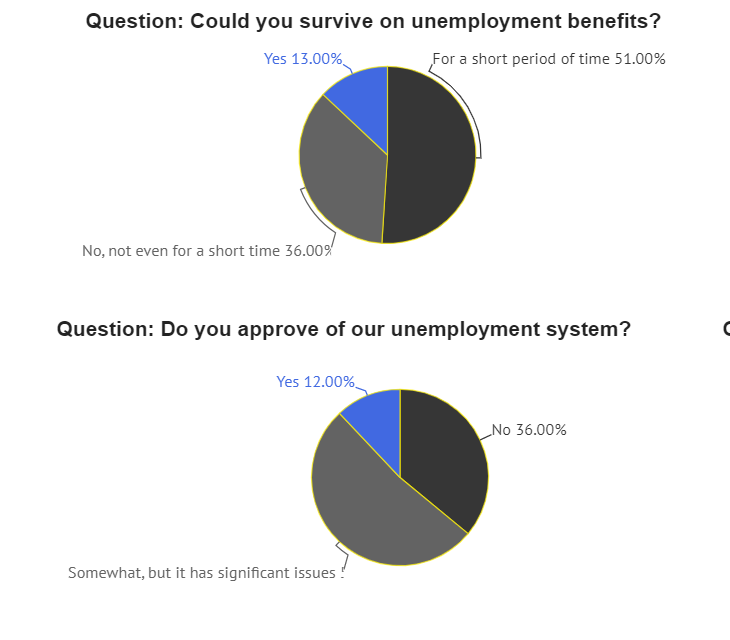 While many American workers disagree on how to fix the current unemployment system– across party lines, there is a general agreement it’s broken.

While the CARES ACT has decent public approval for passage, there is also a sizable population who balks at the idea of non-workers making more to stay home than they did for working. In general, the American since of “fairness” can be seen throughout the survey response. People strongly agreed with statements such as “no one should make more than someone working.”

While it is too soon to know the long-term ramifications of Covid on social systems, it is clear many Americans have gotten an up front and center look at our unemployment system and found it lacking.