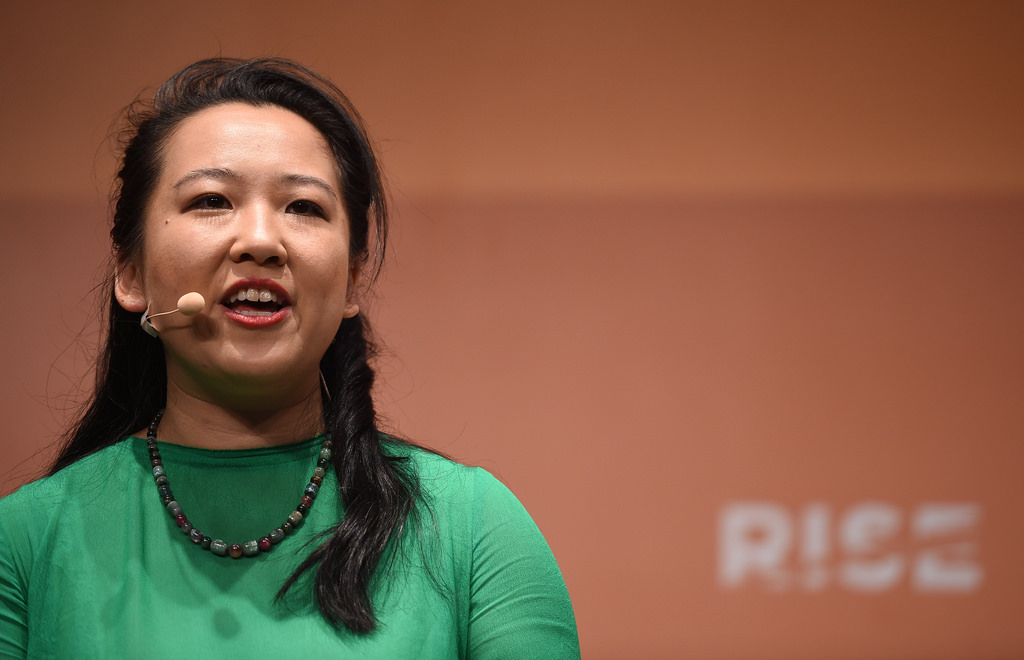 Editor’s Note: This is a guest post by Berta Melder. Her opinions are her own.

According to EEOC, there are 56% of women employed in various business spheres. On the other hand, tech companies demonstrate an opposite tendency: There are about 25% of women holding tech jobs.

This problem is caused by different factors, and one of the reasons for such a ratio lies in the very beginning of the recruiting process: Women don’t feel welcome in tech companies. Recruiters don’t deliver a clear welcoming message, and sometimes, they don’t even realize that it’s their recruitment strategy that scares women away. Even though female leaders are nothing new in business, campus recruiting is still driven by the standards of gender inequality. It’s impossible to deny facts: women with degrees in science, engineering, or math have fewer chances to get a job in tech companies than men.

The typical recruiting process on campuses involves a greeting from a female recruiter, who then takes raffle tickets and introduces candidates to male colleagues. The latter give the necessary information about the company and interview candidates. Moreover, men usually see no need for introducing women, as they don’t participate in Q&As and presentations. Many recruiters use gender stereotypes, intentionally or unintentionally speaking to male candidates only. However, now big companies realize the necessity of changing this tendency, but it turns out to be not an easy task.

Why is it important to hire women?

The most dangerous and common misconception about women in tech is that hiring women is just a PR idea that won’t increase the productivity of the company or may even worsen it. The truth is, this point has proven to be wrong. Tech companies can benefit from diversity, and here is why.

First of all, teams that consist of individuals of different ethnicities, genders, and sexual orientations are better at problem-solving. Diversity allows a company to use different methods of thinking and analytical approaches. Many companies that have already increased the number of female employees notice countless benefits, including the growing number of innovations, more effective management and enhanced problem-solving.

Another reason to hire more women is increased revenue. According to the data of Peterson Institute for International Economics, companies that increased the share of female leaders by up to 30% also demonstrated a 15% increase in profits. Eliminating gender discrimination, these companies increased skill diversity and created perfect conditions for recruiting top experts. The lack of women in tech also makes it harder for a company to achieve its marketing goals since more than 73% of household spending in the U.S. is controlled by women.

The last but not the least reason to hire more women is that the world needs more tech talent. It’s true, and only diversity can help companies withstand strong competition on the global market.

Hiring women is a challenge

Recruiting and retaining women in tech is a tough task. First of all, any company that wants to hire more women must check its job listings. If women don’t apply, it means that job ads need to be changed.

Obviously, companies shouldn’t use sexist images of successful men surrounded by women in bikinis, but the problem is a little more complicated. There are too many ads that use such terms as “aggressive”, “assertive”, “analytical”, and “independent.” While the male audience doesn’t see anything bad in such ads, women are less inclined towards bragging and competitive clichés.

Describing your perfect candidate, consider using such words as “dedicated”, “sociable”, “responsible”, and “conscientious.” Such a “feminine” approach will attract more women, however, it also won’t repel men. Another important thing is the list of requirements. If it consists of countless traits that are unlikely to be found in one applicant, women won’t apply for this job. The reason is also a men’s flair for bragging: Men are likely to apply if they meet about 60% of requirements, while women don’t apply unless they meet 100% of a potential employer’s expectations.

Companies that try to hire more women also notice another problem — it’s hard to keep them. Even the best recruitment strategies are useless if a company isn’t able to retain personnel. Why do women keep quitting? Most often, the reason is that they feel unappreciated and unwelcome. Changing it implies changing an internal culture. Employees want to see that a company cares about diversity and inclusion.

Companies need to implement and promote leadership programs for women. Women must see examples of female leaders on all levels. In addition, tech companies must be transparent about the maternity issue. Many women are planning to have children or at least consider such an idea, and avoiding this question won’t attract female specialists. They shouldn’t be afraid of the impact of maternity on their careers.

Even though the struggle for equal opportunities isn’t going to stop in the immediate future, there are some good examples of companies that try to make changes and implement new strategies to ensure gender diversity. They set specific goals and focus on recruiting women, improving the flexibility and support. Over the past decade, the number of women in leadership positions in IT companies increased by 27%, and these companies have already noticed positive changes in productivity and innovations.

We decided to take a look at some of the most successful strategies.

Scholarship grants sometimes lead to wonderful results. The best example is Etsy. It managed to increase the number of female engineers by 500%, in just one year. Two years ago, there were 20% of women in Etsy’s engineering team, but the program dubbed “Hacker Grants” changed the gender ratio dramatically. The company provided talented women with a three months intensive educational program that helped female engineers improve their skills. Applications from women shot up, and the company solved the gender problem in one year.

Intel has chosen another simple method. The company offers referral bonuses (up to $4,000) for employees who refer female candidates. In 2014, the percentage of women working for the company was 20%. After the company announced the new system of bonuses, the number of women and minorities grew up to 43%, which exceeded the company’s expectations by 3% and made Intel the leader in diversity among its competitors. Intel’s experience inspired such companies as Microsoft and Accenture to try the same method.

As we already mentioned above, effective recruitment is useless without effective retention. Google managed to solve the problem of female staff attrition by increasing leave benefits. Female employees who want to have children now enjoy five-month maternity leave benefits. They keep their full pay: salary, bonuses, and stock. According to Laszlo Bock, the company’s former SVP of People Operations, not only is such an approach good for diversity, it also helps minimize expenses associated with replacing existing employees. It’s more profitable for a company to retain the existing staff than to look for new specialists.

A sense of belonging helps attract more female employees as well as retain the existing ones. Accenture realized all the advantages of the “belonging” strategy and derived maximum benefits from it. The company’s goal is to increase the number of female employees by up to 50% by 2025, and even now, this goal looks achievable. The TA team focused on creating the friendly environment and made a video entitled “Inclusion starts with I.” Real employees were given a chance to share their thoughts and experiences about inclusion and belonging. This little experiment became so unexpectedly successful that Accenture decided to share it with the public. According to anonymous surveys, 79% of Accenture’s female employees would like to recommend this company to other women.

Experience has shown that solving the equal pay problem is easier said than done. There are many reasons for it, including political factors, but some factors are less obvious and so remain unnoticed by many companies. According to statistics, 57% of men negotiate salaries after being offered a job. When it comes to women, this number is only 7%. Men usually manage to increase their salary by 7% on average, which leads to a significant difference over the course of their careers.

Reddit realized this problem and took the most effective decision possible: The company will no longer participate in salary negotiations when hiring new employees, taking this part of the hiring process off the table.

Of course, this issue is more complicated than other challenges associated with gender equality, but everyone is able to tackle this problem using new methods.

Of course, there is no universal strategy that could fit every company and bring instant results. However, many companies are making efforts to make gender equality real, and successful corporations like Google, Netflix, and Intel demonstrate that this task is possible. They change their recruiting strategies, implement new benefits, and provide the necessary support for female engineers. The situation with women in tech is still far from perfect, but we already see changes. All we need to do is try new methods and not be afraid of giving female talent a chance.